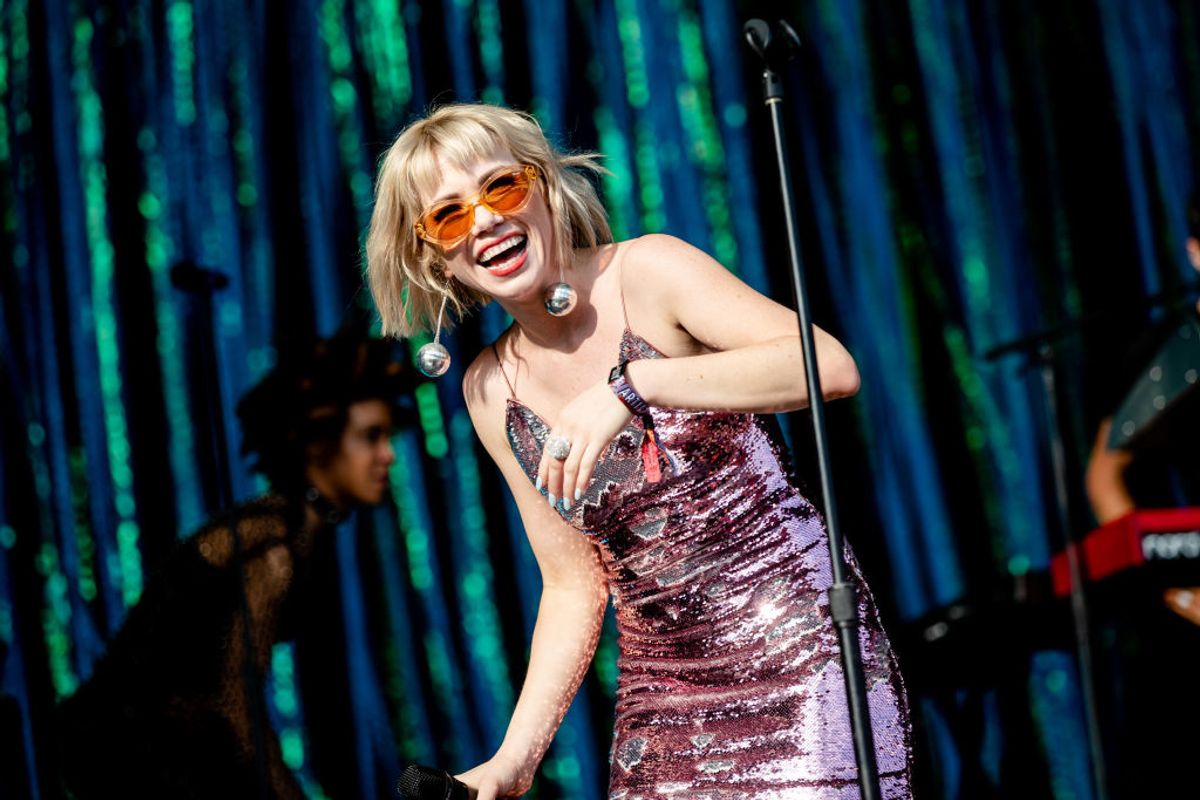 Since around February this year, for reasons we don't entirely understand, fans have been joking about giving Canadian pop queen Carly Rae Jepsen a sword. The sword meme began in January. As SPIN reports, "a Tumblr post from the 'Sword Lesbian Opinions' account went viral with a deadpan text post connecting the 'Call Me Maybe' star to the lore of what otherwise seems like a fairly-archaic medieval weapon."

The Give Carly Rae Jepsen a Sword Movement Gains Momentum. But Will it Succeed?

Since the Tumblr post went viral, numerous photoshopped pics of the pop star holding a sword have surfaced on the Internet. Many fans have been petitioning for the singer to perform her hit song from her album E.MO.TION, "Cut to the Feeling" while holding the weapon in her hand, as the lyrics somehow connect with the idea.

What makes me happy about this is:
1. A lot of people in the audience had swords
2. She didn’t question it and knew to take the sword
3. Carly Rae Jepsen now has a sword https://t.co/bzD4yLkv1n

Without question, the artist grabs the inflatable sword from the audience, exclaiming, "Oh yeah! A Sword!" And, yes, she was indeed singing "Cut to the Feeling." Watch the full video below.

CARLY RAE JEPSEN HAS RECEIVED HER SWORD!!! THEY FINALLY GAVE HER A SWORD!!!!! pic.twitter.com/v6r3f8EXar

Naturally, Twitter went wild. Here are some of the best triumphant reactions to Carly Rae Jepsen finally wielding her sword:

WE FOR REAL GAVE CARLY RAE JEPSEN A SWORD pic.twitter.com/EqlCwRg90v

SOMEONE HELD UP A SIGN THAT SAYS “GIVE CARLY RAE JEPSEN A SWORD” DURING HER SET AT LOLLAPALOOZA AND SHE STARTED GIGGLING WHILE SINGING SJSKDKDKDKSKSKAKD pic.twitter.com/eckNrVXcOv