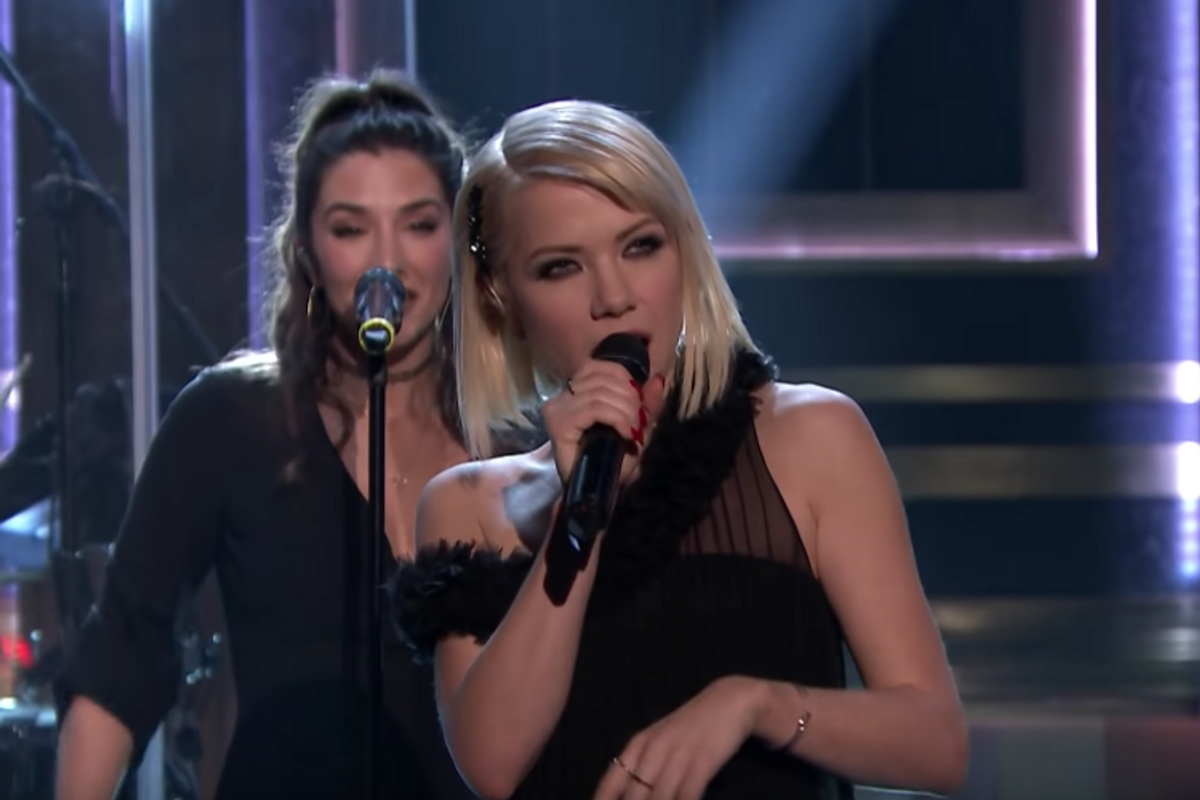 Carly Rae Jepsen is back! The Canadian pop star, who first broke into the mainstream with her 2012 ear worm "Call Me Maybe," has new things in store. Last night, she performed her television debut of "Party for One" on The Tonight Show with Jimmy Fallon. It's the the first catchy pop single off a new album, slated for release next year.

Jepsen, whose short, black slip dress with fur accents reflects her playful disposition, does not lack enthusiasm in her performance. "Party for One," an upbeat reclamation of independence, serves as an anthem for singles everywhere who are done with heartbreak. Jepsen sings the song with soul — "If you don't care about me/ I'll just dance for myself," she belts, moving confidently across the stage. When she sings "Making love to myself/ Back on my beat," it's not without a smirk — being single comes with many solo activities.

The song was released last week on all major streaming services, along with a music video featuring people dancing alone in hotel rooms. It's an uplifting preview of the long-awaited follow-up to her 2015 full-length album Emotion. Since then, the artist has released two accompanying EPs, including Emotion: Side B and Emotion Remixes, as well as the single "Cut to the Feeling." The new full-length is expected in 2019.

Watch Carly Rae Jepsen's "Party For One" music video, below.