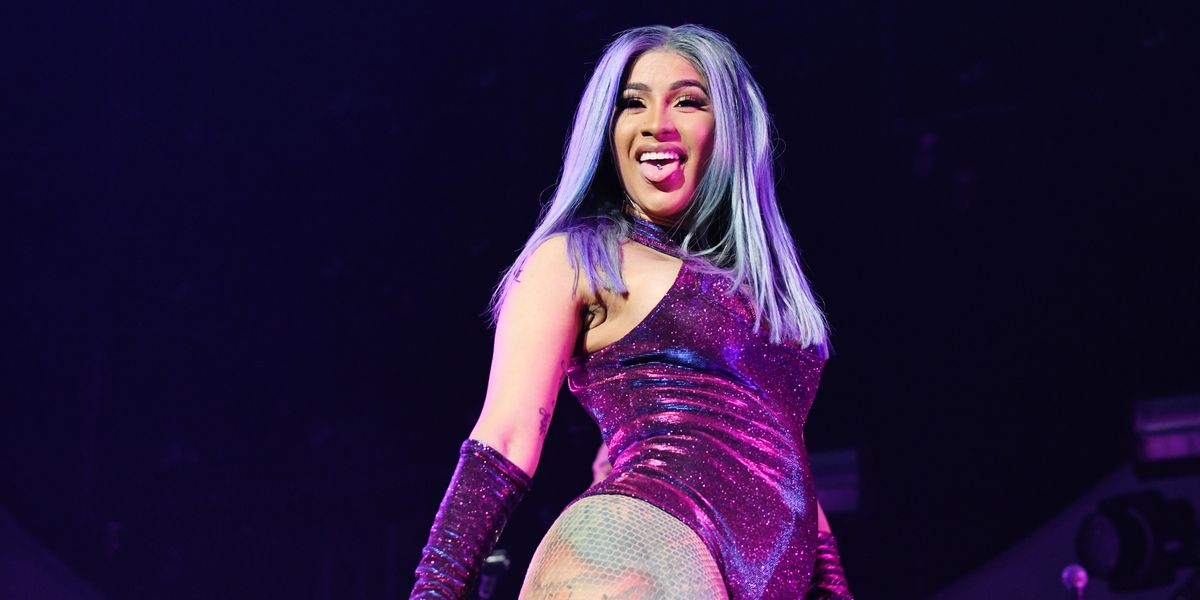 "Let me tell you about some rappers that are really fucking dope, that be rapping they ass off — and I don't feel that they get the recognition they deserve," Cardi B begins her most recent Instagram video. She proceeds to list off names of some of the hottest rappers in the game, but also some of the same names that radio stations neglect to push and audiences neglect to publicly support.

Tierra Whack, Rapsody, CHIKA, and Kamaiyah are four of the biggest forces in hip-hop at the moment, and just like Cardi, only need a tiny spark of a co-sign for them to go absolutely massive. We're talking mainstream, household names. Whack's succinct rhymes and quirks, Rapsody's impactful messages, Kamaiyah's genuine old-school sensibilities, and CHIKA's soaring melodic bars make them all candidates for mass appeal. We need fresh, uninhibited voices in hip-hop to rise higher and higher, and props to Cardi for letting her over 47 million followers know where to find them.

PAPER has put together a guide to the Cardi-co-signed artists' hits and backstories so you can say, "I knew about them before they hit Top 40."

Tierra Whack is both a nuisance and a savior to the modern music industry, and she's basking in those titles. She was bestowed the honor of joining the XXL 2019 Freshman Class alongside colleagues Megan Thee Stallion and Rico Nasty, and even graced the pages of PAPER's 2019 Extreme Issue, nabbing a digital cover. Despite the recent surge in press, conformity is not a word that Whack has ever even heard before. Her debut album, Whack World, just nearly amounts in full to a total of 15 minutes, but that was all the time she needed to leave her mark. Each track clocks in at 60 seconds long, giving her a short window of time to shove an earworm through your headphones, but each song manages to accomplish that mission. Her most-streamed hit, "Hungry Hippo," leaves you wanting more and more, a direct invitation to set the song on replay until you get your fill of the chorus: "Bite it, open up and bite it."

The self-proclaimed "Oakland funk" artist has all the genuine confidence necessary to make it big in the industry, and she's already made strides towards mainstream success. As she told PAPER back in February, "Since my first project I've been able to do Coachella, The BET experience, a commercial with Lebron James, a platinum record with Drake. The list goes on and it's only going to get better. So I have nothing to complain about." The recognition she's gotten from other artists is something people work years to receive, and her track record shows only an upward trend in popularity." Her catchy hook on her most recent song, "Windows," is the perfect introduction to the type of rhymes Kamaiyah is capable of crafting over and over again, making every syllable sound bigger-than-life and stadium-ready.

Rapsody's been in the game for a minute now, with her first studio album, The Idea of Beautiful, being released in 2012. Her first album in almost seven years is coming soon, her third, called Eve, and it's sure to be a good reminder that she has been — and will always be — the real fucking deal. Her following on social media may not be as large as Cardi's, but she's amassed an extremely dedicated fanbase that shows out to support her shows and collabs. With the same sort of star-studded fans as the other entries have on the list (Charlamagne Tha God called Rapsody the "best rapper alive"), it's only a matter of time before she's selling out arena tours.

I'll say it: CHIKA is the future. At only 22 years old, the rapper has made a name for herself on a national level. She's got an incredibly genuine smile and attitude that caught the attention of Lena Waithe, who then interviewed her on Jimmy Kimmel Live! All this acclaim is well-deserved, too, considering that CHIKA's bars are unmatched, sounding like a live reading of a mounting and suspenseful storybook rather than a song focused on rhyme and flow.