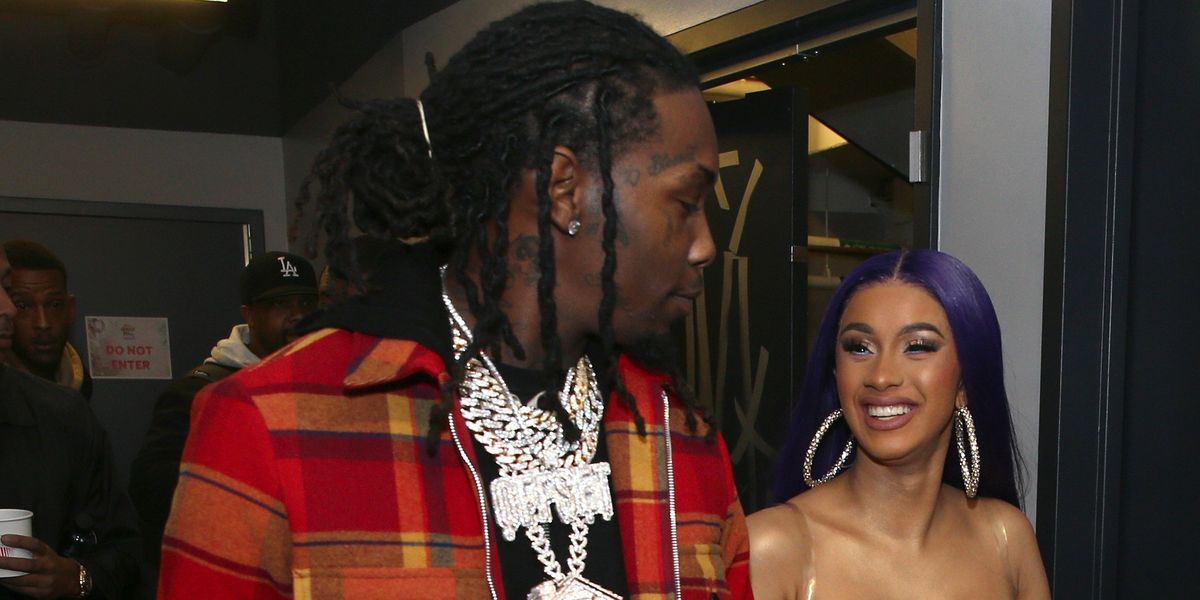 Cardi B and Offset Will Divorce

Sit down, kids. Mom's got something to tell you. And just so you know, it's not your fault, and she and Dad still love you a whole lot:

Yes — if this characteristically candid Cardi B instagram video (featuring casual nudity) is to be believed, she and Offset are over. They got secretly married just over a year ago, and have one child together, Kulture. Now they will get a divorce, although splitting up their considerable assets might "take a while."

According to the video, the break up was on good terms, and the two rappers will remain "really good friends and really good business partners". But it would also appear that, despite the fact they performed on stage together as recently as four days ago (at KIIS FM's Jingle Ball in LA), Cardi and Offset have been on the rocks for a while.

"It's nobody's fault, I guess we grew out of love," Cardi says. "It might take some time to get a divorce but I've always got a lot of love because he's my daughter's father."

Offset is in the comments, mysteriously saying "y'all won." Which contradicts Cardi's narrative a little bit — is he trying to say that the public pressure on the relationship was too much? Fans are already wondering whether this is just a stunt to help promote his soon-to-be-released album, or else a way to cover up the persistent cheating rumors.

Comments By Celebs on Instagram: “For lack of a better word, SHOOK. #CommentsByCelebs”

If the divorce really is happening, perhaps the biggest tragedy here is that we won't get a collaborative Bey/Jay-style album. Offset hinted that the couple might release one in a recent New York Times interview, in which he talked lovingly about his wife and seemed genuinely hopeful for their future together.

Have we heard the last of this relationship? Definitely not.