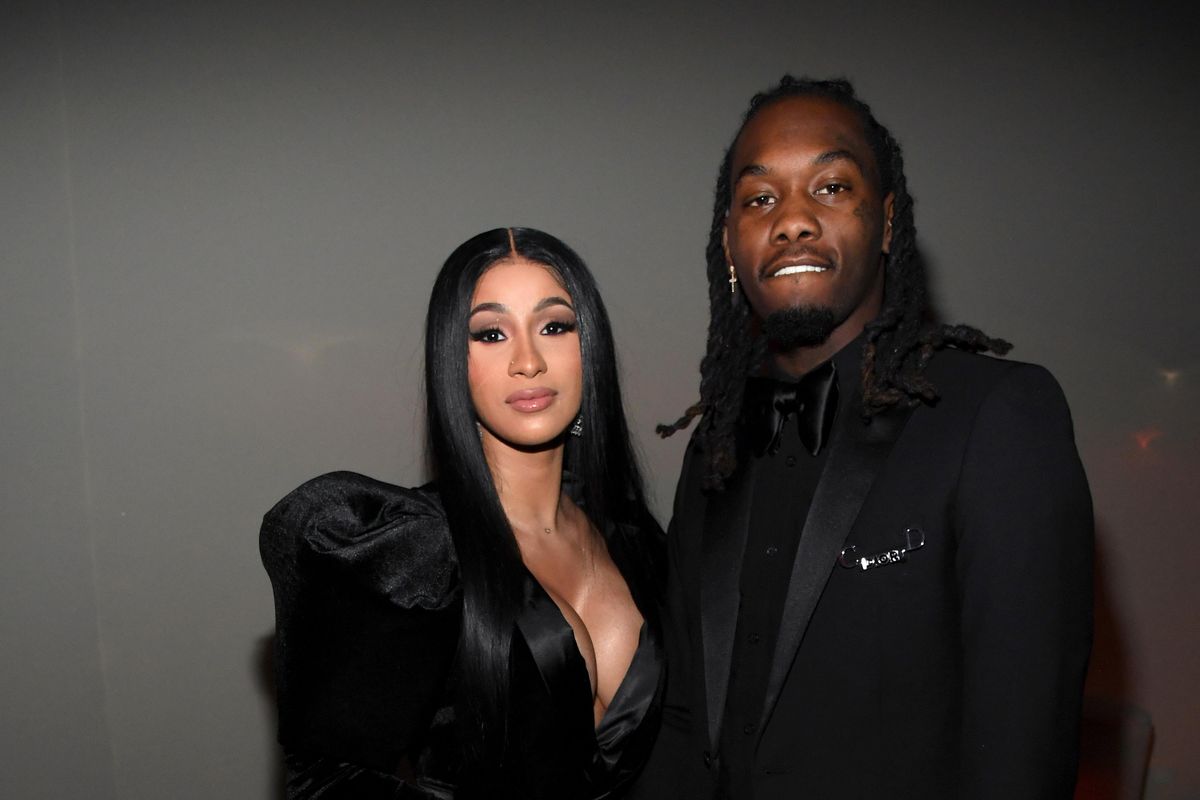 Cardi B and Offset are coming under fire for apparently throwing another party amid the ongoing pandemic.

On Monday, the couple attended a large celebration in honor of what appeared to be Offset's 29th birthday. And though it's unclear whether they took any safety precautions for the event, as Vanity Fair reported, social media posts show both of them partying in a packed Atlanta nightclub sans masks.

That said, videos of the gathering quickly made their way to Twitter, where many fans called out Cardi and Offset for still deciding to throw the party despite COVID-19 cases spiking nationwide.

"Not Cardi and Offset in a crowded ass night club where NO ONE is wearing a mask," as one commenter said. "It's December like 70% of the population had a birthday during quarantine and didn't go to a fucking club.... loser behavior."

Meanwhile, others took issue with the fact that the couple have been hosting "big ass mask-less parties all year," in reference to gatherings like Cardi's October birthday bash and her "Hottieween" gathering with Megan Thee Stallion.

"Why is nobody talking about Offset throwing a huge ass party during a pandemic two months after Cardi did the same shit," another person wrote, before alluding to Cardi's recent apology for hosting a Thanksgiving dinner party with 37 guests. "These people never learn jesus christ. It's because there are no repercussions for them. One apology tweet and all is back to normal."

cardi b and offset are really annoying now. they been having big ass mask-less parties all year. like do these dumb mfs know what’s going on?!? pic.twitter.com/evuPAivpe7

WHY IS NOBODY TALKING ABOUT OFFSET THROWING A HUGE ASS PARTY DURING A PANDEMIC TWO MONTHS AFTER CARDI DID THE SAME SHIT
ThEse people never learn jesus christ. Its because there are no repercussions for them. One apology tweet and all is back to normal 🙄

Neither Cardi nor Offset have responded to the backlash. In the meantime though, you can see what else people are saying about the party, below.

I literally just saw a video Of Offset’s party with a lady coughing right next to Cardi. Pahahaha! Yal are straight foolish...

Offset party was too packed last night.. guess covid not in ATL no more 🥴

I love Cardi B so much but WHY is she still throwing huge parties? It’s bumming me out.

srsly so fucked up watching celebs like cardi b and offset party in packed clubs without masks or any sort of social distancing, dont idolize these people they are wack af, uneducated and, just as bad as any antimasker out there the most selfish bread there is

So cardi b and offset partying in packed clubs? After the US surpassed 16 million covid cases and 300k deaths?