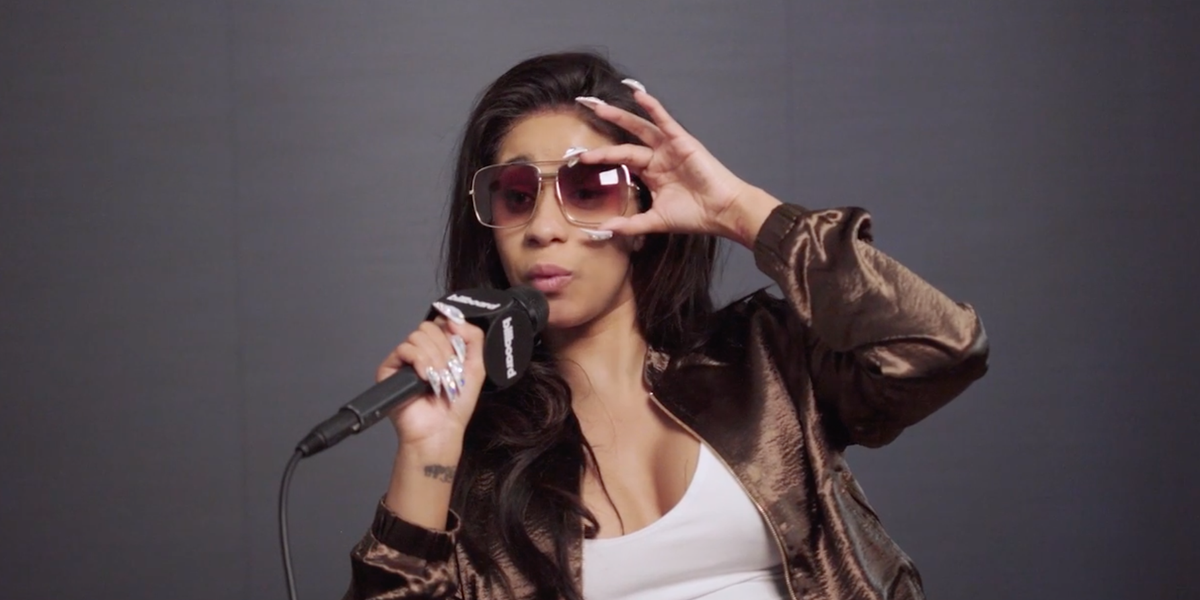 Cardi B is on top of the world right now, and she's not taking that platform lightly. In a new interview with Billboard, presumably to celebrate her chart-topping success "Bodak Yellow," the Bronx rapper went in on politics — particularly Trump's skewed priorities.

Responding to Trump's bizarre attack on the NFL in the wake of players kneeling during the national anthem in protest, Cardi asks why the moldy mandarin in a cheap weave isn't turning his attention to the massive threats made by Kim Jong Un towards America.

"Why is our president so concerned about what football players is doing when the goddamn world is going in shambles?" Cardi said, obviously outraged. "You got this man from North Korea that's talking about he's declaring war -- which, I don't know, declaring war on who? Don't declare war on us. We don't want that beef."

She continued, talking player Colin Kaepernick, for whom she showed support at the 2017 VMAs: "It's just ridiculous. I feel like all these football team owners, they want to release statements now...and it's like, [former 49ers quarterback] Colin Kaepernick, he still don't got a job. So what's really good? Ya'll wanna be releasing statements like 'We support this and that people.' No, not really, because if ya'll did, Colin would have a job right now. Like what's good? What's really, really good?"

Finally, she called out those claiming players aren't doing enough to prove they don't condone the actions of the administration. "I want to tell the audience, I want to tell the people don't be so hard on these players. These players, they're kneeling, they're holding hands, they're doing things — and it seems like sometimes it's not enough, like, 'Oh, if they really real about it, they would not play.' These people need their job too. Are you gonna pay them? You can't be really be mad at the players. Be mad at these goddamn team owners."

Watch Cardi sound off in the full clip below.