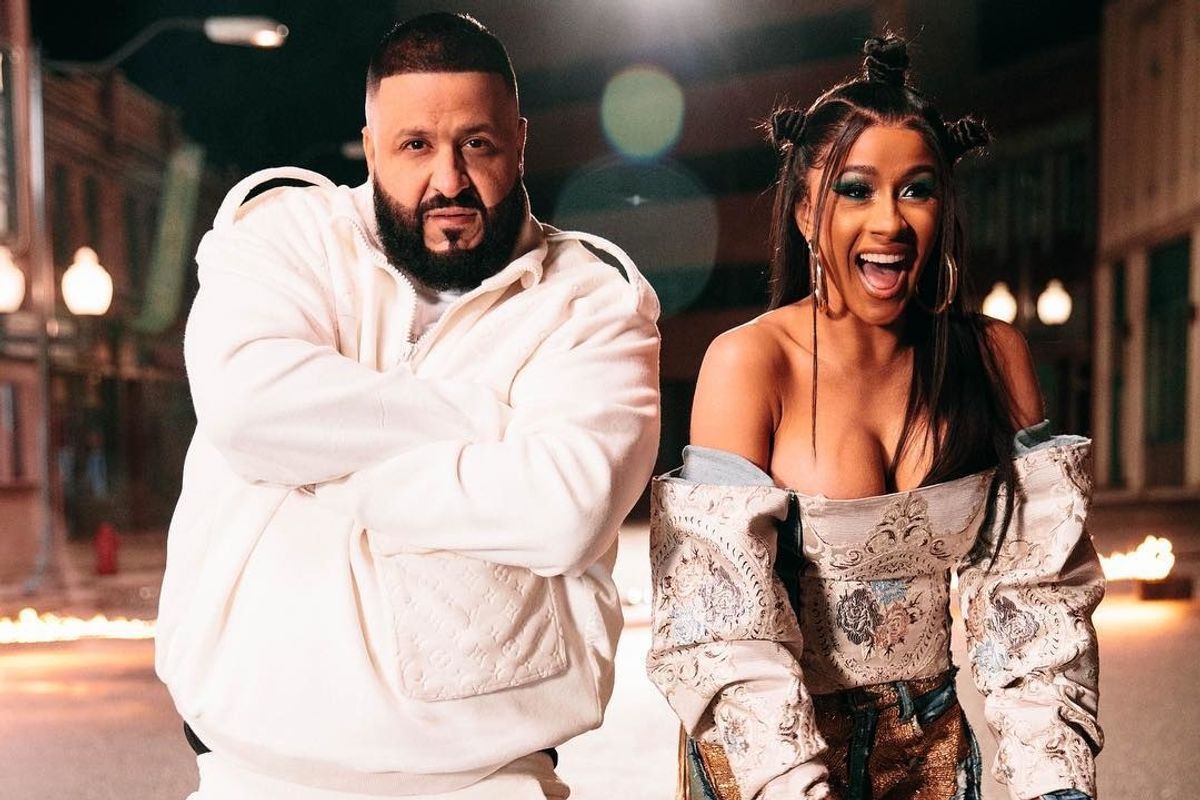 What Are DJ Khaled and Cardi B Working On?

Cardi B may have deleted her Instagram account to avoid Grammys trolls, but she's all over DJ Khaled's grid right now. Because they're making music together! And are in the process of filming a video, too.

An as-yet-unnamed new track featuring Cardi will be included on DJ Khaled's upcoming album Father of Asahd, which doesn't have a release date yet. They announced the collab in a fun Instagram video yesterday, in which Khaled is understandably excited to have secured a session with the hottest artist in hip hop. Continuing his ongoing winning streak.

"They said because you won a Grammy I couldn't get you on my album," he tells Cardi. "Who said that!?" she replies. The two are out on the street, with camera crews behind them, which presumably means we'll get to see this video sooner rather than later. Especially as, in a follow up post where he again poses with Cardi, Khaled says he is putting the "finishing touches" on Father of Asahd, which will be "fully loaded with anthems."

Related | Cardi B and Offset Are Definitely Still Together

This is a perfect meeting of minds, honestly. Once they're done with this video, can we get… another one?