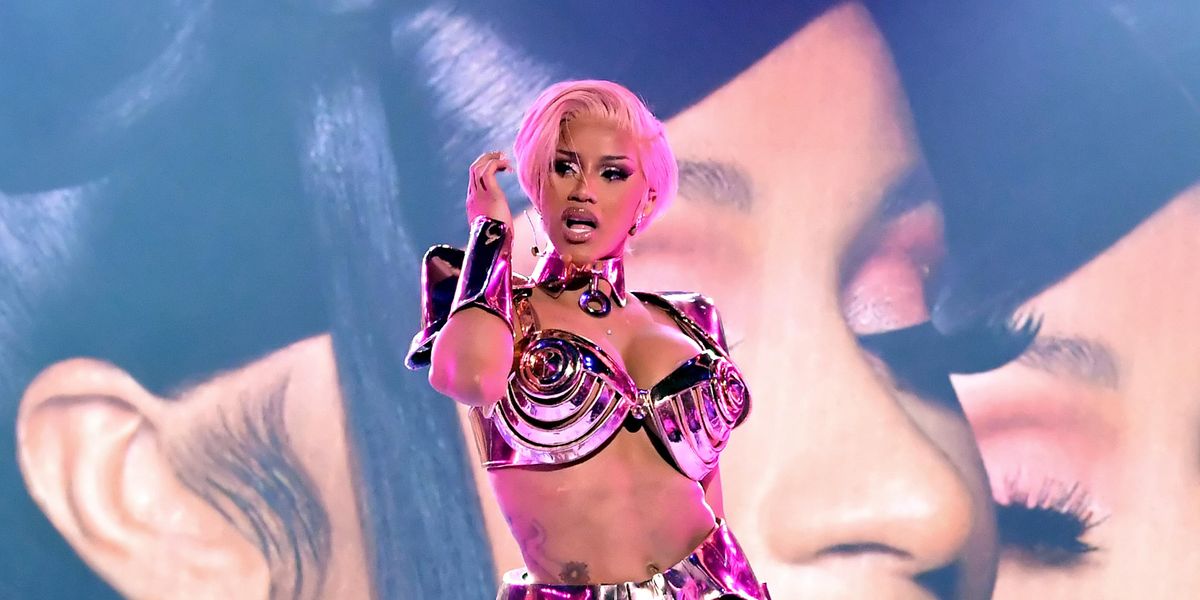 Cardi B Is Having Another Baby

Cardi B revealed that she's pregnant with baby number two.

The artist made the announcement on Sunday on Instagram shortly after the big television reveal at the BET Awards. She showed off the baby bump on stage at the Microsoft Theater in Los Angeles, during her performance with her baby daddy, rapper Offset.

Related | Are We Getting a Cardi B Makeup Line?

Cardi came out during Migos's set to perform their Culture III track, "Type Shit." And jaws definitely dropped when she came out and performed, clearly pregnant, in a rhinestoned sheer bodysuit that showed off her baby bump.

The "WAP" rapper was nominated for five awards: best female hip-hop artist, best collaboration with Megan Thee Stallion, viewer's choice award for the "WAP" music video, and video of the year,for both "WAP" and "Up." Meanwhile, Migos was nominated for the best group title.

This isn't the first time that Cardi's done a major surprise unveiling. She first revealed her pregnancy with Kulture — who is now almost three years old — during a performance on Saturday Night Live.