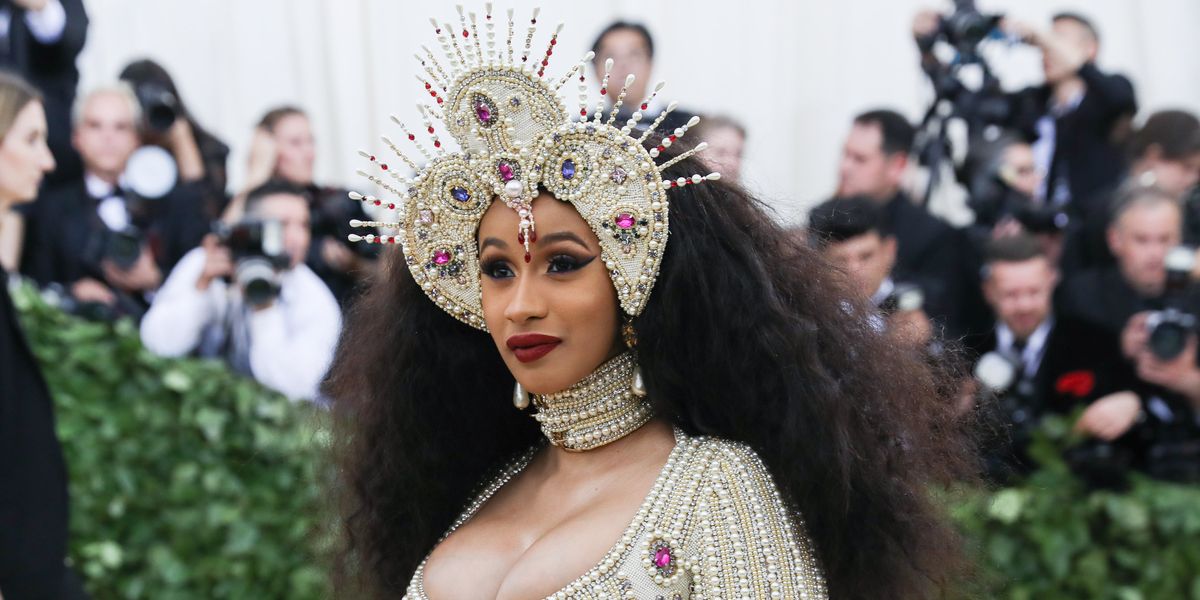 Cardi B Reveals the Sex of Her Baby

Exactly one month after Cardi B's younger sister appeared to accidentally let slip the gender of Cardi B's unborn child in a now-updated Instagram caption (using words like "her" "daughter" and "baby Cardi"), Cardi B has confirmed the sex.

In an interview with the New York Times prior to the Met Gala, Cardi told the reporter: "She do weigh three and a half pounds," adding, "That's pretty good for seven months, right? Because I was born five pounds" and has officially announced what she will be having on Howard Stern. "It's a girl," she said.

She also told Stern that Offset is in charge of naming their firstborn, which will certainly prove interesting. The "Bodak Yellow" rapper will not be performing any more shows until the fall to respect the birth and recovery time, but we can only pray there will be more public appearances of the Met Gala likes.

Last night, Cardi wore a beaded Jeremy Scott gown to the 2018 Met Gala, in honor of the night's Heavenly Bodies theme. Just look at her: