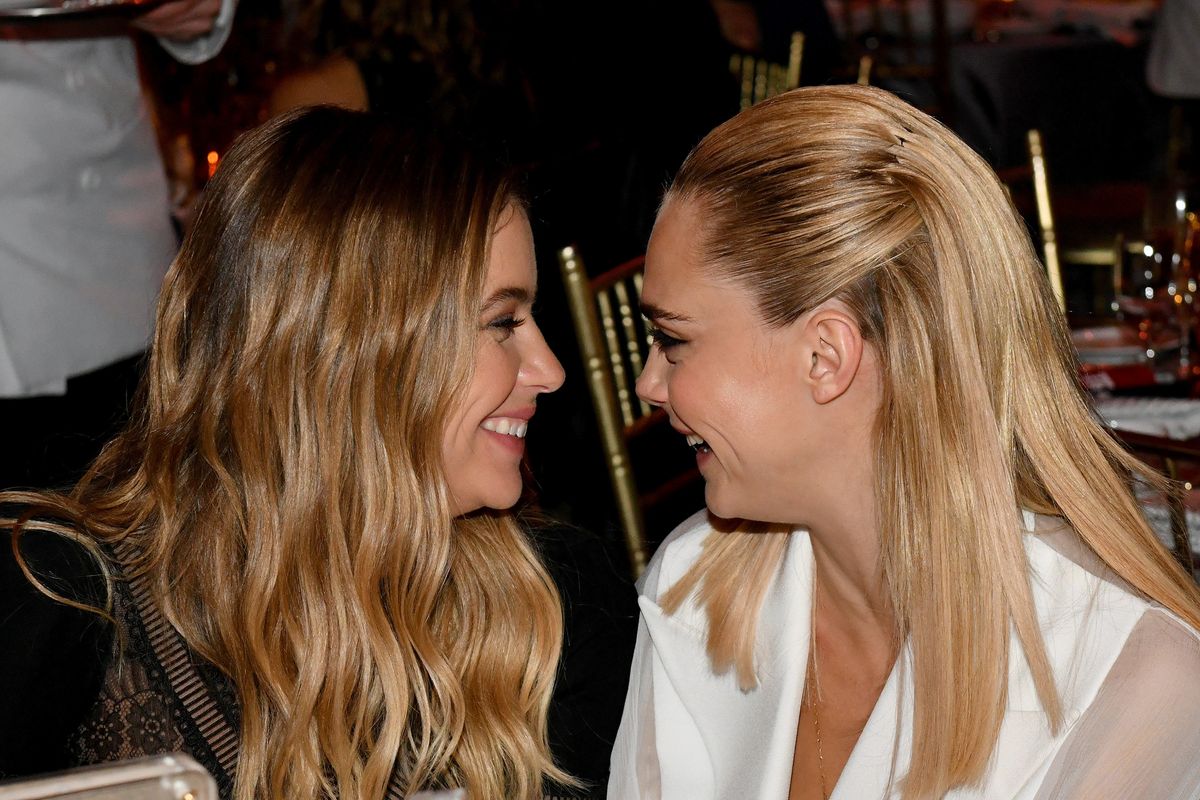 Cara Delevingne and Ashley Benson Had a 'Friendship Ceremony' in Vegas

Our favorite bi-continental, kinky power couple, Cara Delevingne and Ashley Benson, has been keeping us on our toes about their relationship status.

Cara confirmed they were dating a few weeks after they were spotted carrying an "Extreme Sex Bench" into an apartment, with a Pride Insta post (a clip of their make-out scene in Her Smell, in which they played two thirds of an aspiring riot grrl band). Shippers later flew into a frenzy after the duo were papped in Saint-Tropez wearing matching bands on their ring fingers. "Are they engaged, or just a happy couple with a great sex life, who enjoy wearing non-legally binding hand jewelry?" the internet pondered.

The Cashley nuptials conspiracy exploded again this weekend when UK gossip rag The Sun misreported that the pair had married in a £245 Elvis-themed secret ceremony in Vegas, with Charlize Theron, Joe Jonas and Sophie Turner reportedly in attendance.

E! quickly debunked the story, learning from sources and Las Vegas public record, that Ashley and Cara did not, in fact, get married. However, the gossip was based on legitimate sitings of the couple at the "Little Vegas Chapel" earlier this year, where an ordained Elvis impersonator has been known to marry celebs in the past. E! discovered by talking with the venue owner, that the reason Cara and Ashely were at the chapel earlier this year was, in fact, for a legally non-binding "friendship ceremony."

What, you might ask, is a friendship ceremony? Particularly the kind that happens in Vegas? Are bracelets and hair-braiding involved? A blood pact?

Thanks to The Cut's crucial reporting, we can confirm that the Little Vegas Chapel's "Famous Friendship Ceremonies" are a "commitment" ceremony for couples who aren't "ready to tie the knot, but want to do something special and exciting while in Las Vegas." The chapel actually offers a wide variety of non-binding wedding options, including a full-on "Pretend Wedding Package." Oh!

Related | Elisabeth Moss on 'Her Smell' and Playing Unlikeable Women

The advertising really emphasizes how "fun" these ceremonies are, which is in line with the reports from the Sun's sources, who mistook the friendship ritual for a wedding.

Since the whole debate is really just gossip sites flinging shit at a wall, the most reliable answer to question of whether or not Cashley are married, still appears to be from Ashley's mom Shannon. The celeb momma posted on Instagram after the engagement rumors blew up. Spot the lie.