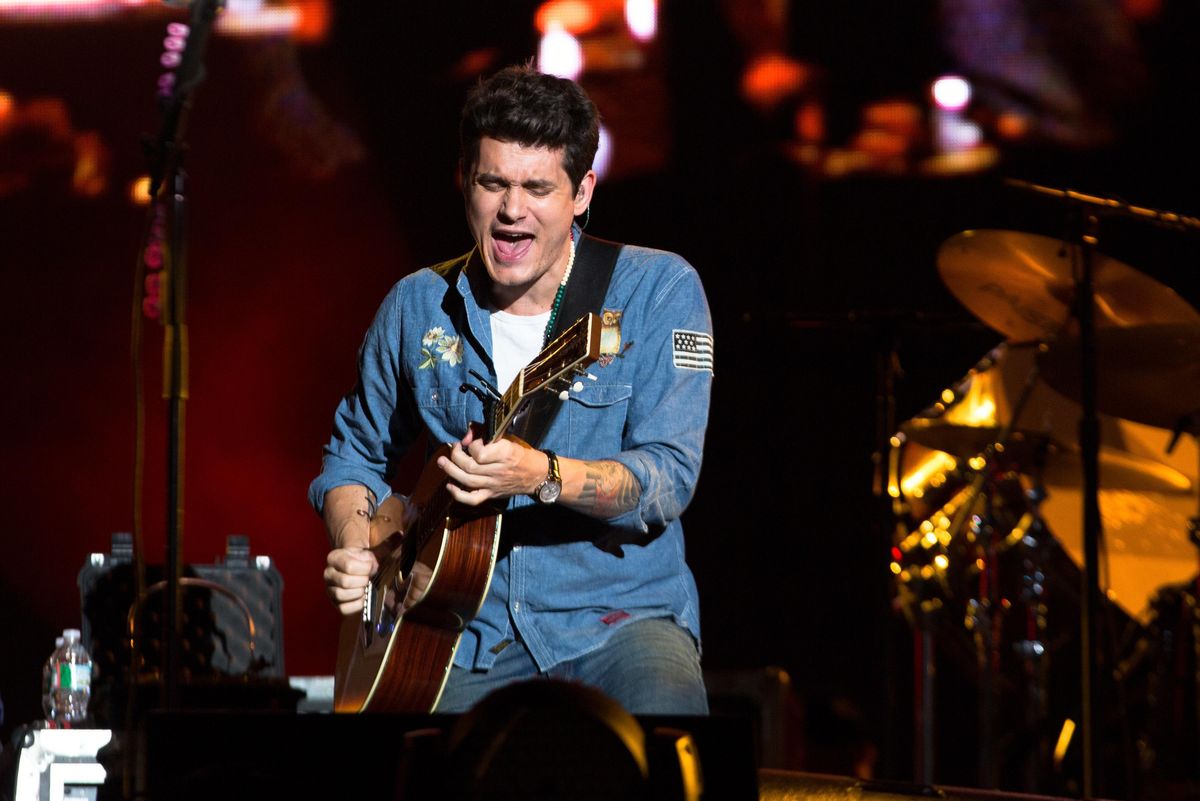 Can You Survive The Highlights From This John Mayer Profile?

The New York Times just published a profile of John Mayer, Starbucks adult contemporary musician and ex-boyfriend to the stars, and whew boy... it is nightmare fuel. Just what makes this profile such a punishing read? Maybe it's his signature tone of narcissism-as-self-awareness, maybe it's his eagerness to spill the tea on all of his exes, maybe it's his mansplaining of cultural appropriation, or maybe it's the fact that he honestly doesn't seem to realize that we permanently canceled our subscription to his musings after he used the n-word and said he had "a Benetton heart and a David Duke cock" back in 2010. Reading this profile makes you feel like you're sitting in a Reald 3D Imax presentation of your absolute worst Tinder date, so the question is... can you survive its highlights? Can you make it all the way to the end?

OK, here we go. Just remember, there's no shame in walking away...

At 32 and obsessed with outsmarting the idea of a "clichéd rock star," he explained, "I started to invent my own grenade." (His big mouth.) He was "a Mack Truck without brakes." Tabloid fame was "a human-growth hormone" and "extracurricular stuff" anyway, Mr. Mayer said. "I basically realized I'm no good at that, so I'm going to drop that major." Also: "What I did was probably semiconsciously just reboot it — control, alt, delete." "It was an induced coma." His career had "flatlined." "It was cat and mouse," he said, "and the mouse lost."


On being a young guy who likes girls, and wants them to like him:

"I'm a young guy. I like girls. I want girls to like me. I want to make music and be thought of as attractive. I was finally ready to re-enter that world and grow back into it."

About the fact that his new single which "moves and throbs and has women in it again," and reminds him of "ancient Japanese R&B" is about his ex, Katy Perry:

"Who else would I be thinking about?" he said. "And by the way, it's a testament to the fact that I have not dated a lot of people in the last five, six years. That was my only relationship. So it's like, give me this, people."

On why his new video, a "disco dojo" featuring geishas and dancing pandas is *not* cultural appropriation:

"I think we were as sensitive as we could possibly be," he said over burgers at the Polo Lounge the day after the video shoot. "It was discussed at every juncture."

"Part of cultural appropriation is blindness," he added. "I'm on the right side of the line because it's an idea for the video that has a very multiethnic casting, and nobody who is white or non-Asian is playing an Asian person."

On his bad boy image:

Mr. Mayer is wary that his notoriety as a womanizer precedes him. "I've inherited a younger man's reputation," he said. "You can even break 'bad boy' into good bad boy and bad bad boy — I somehow managed to become a bad version of a bad boy."

On Grateful Dead saving his life

"They saved my life."

Hello? Is anybody still here? If so, congratulations! Please enjoy your complimentary Raya subscription and this commemorative T-Shirt: