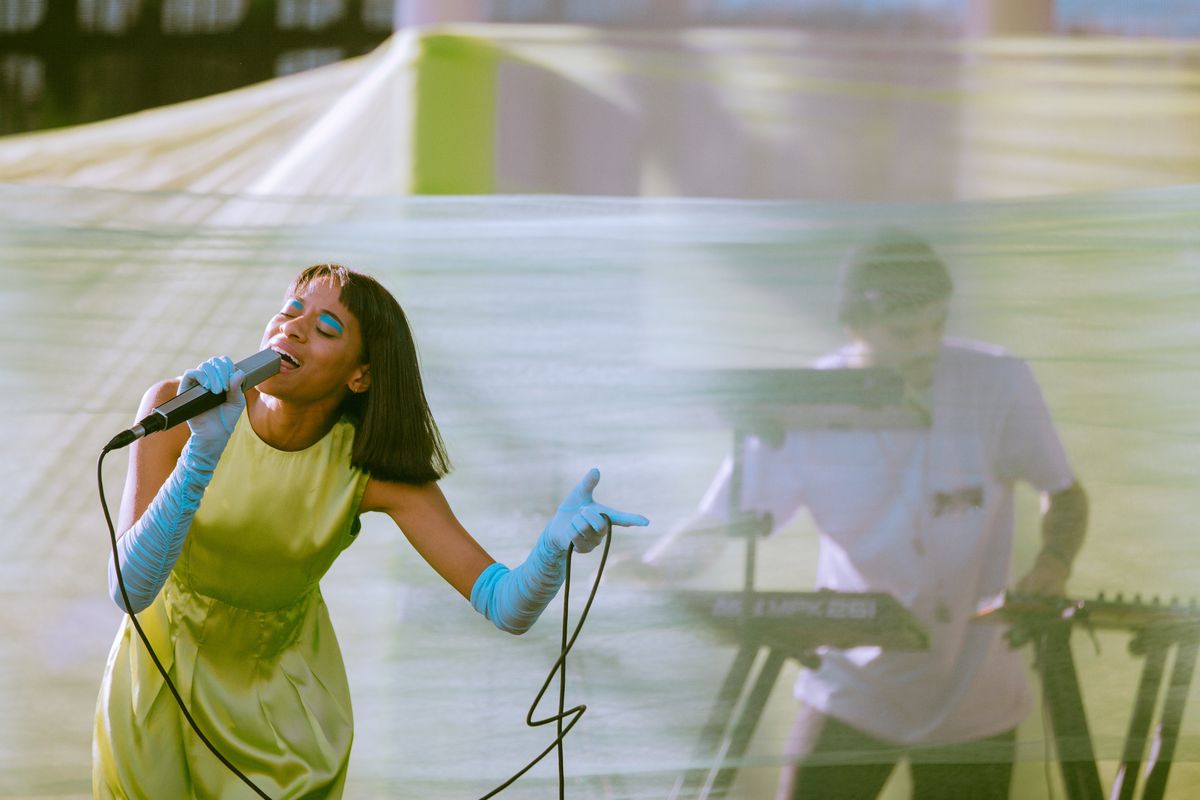 Camp Flog Gnaw Is What Happens When Festivals Prioritize the Culture

In 2012 when Tyler, the Creator held his first Camp Flog Gnaw Carnival in Los Angeles, California, the young rapper and Odd Future frontman was at the early stages of his now successful rap career. A year prior, the 20-year-old released his first studio album Goblin, and the album's standout single "Yonkers" was making waves in the industry. The small one-day festival was held at Club Nokia, an intimate indoor venue in Downtown Los Angeles that holds a little more than 2,000 people. Tyler and Odd Future headlined the event, and audience members were treated to performances by his good friends and long-time collaborators The Internet and Trash Talk.

Six years later, Camp Flog Gnaw has developed into a proper two-day music festival, as well as California's most recognized and star-studded one. This year featured performances by SZA, Lauryn Hill, Kids See Ghost (Kid Cudi and Kanye West), Tyler, the Creator, Post Malone, Jorja Smith, Jaden Smith, and more than a dozen chart topping R&B, rap, and pop musicians. To accommodate the tens of thousands of fans who came out to see their fave musicians, and their fave's fave musicians, Camp Flog Gnaw set up two stages at Dodgers Stadium, a space that holds more than 50,000 more than their starting venue.

The rapid evolution and success of Camp Flog Gnaw corresponds with Tyler's burgeoning music and business career. Like other musicians that host music festivals of their own (The Roots, Jay-Z, Bon Iver, Wilco), Tyler has wielded his star power and expert musical taste to curate a lineup of artists that not only possess impressive musical catalogs but a reputation for moving the culture forward, particularly in the realm of R&B, hip-hop, and pop. Even more impressive, Tyler has integrated his other business ventures to market the festival as extension of his larger free-thinking and non-constricting lifestyle brand, which includes his clothing line Golf Wang, music label Odd Future Records, and remnants of his now defunct television show, Loiter Squad.

Much like Tyler, each artist that has touched down on the Camp Flog Gnaw stage is known for breaking barriers. Kid Cudi, who performed at this year and last year's festival introduced a new hip-hop sound that has birthed a genre of mainstream dark hip-hop tracks. Erykah Badu, another Camp Flog Gnaw veteran, was a neo-soul pioneer, a genre that has inspired new R&B singers like Jorja Smith, SZA, and Kali Uchis. All of the artists that performed at this year's festival could easily live on the same playlists — one that reflects the greats of the past and the new musicians who are inspired by them.

Tyler's decision to gather a group of artists that each celebrate innovation, otherness, and creativity is what makes his festival standout amongst the hundreds of U.S. music festivals. Instead of casting women and R&B musicians into the shadows like so many other hip-hop or pop festival have done (according to Pitchfork women makeup only 19 percent of music festival lineups), Camp Flog Gnaw centers female and soul musicians prominently on their lineup. SZA's packed headlining performance Saturday night was a testament to the star power female musicians have to dominate an impressive festival lineup.

The overall visual scene at Camp Flog Gnaw also reflects the alternative nature of the festival. Attendees from as far as Jamaica, Georgia, and New Jersey each strapped on their fanny packs, laced up their vans, and ran from stage to stage between sets. High school students stood next to 30 somethings and rapped along to the Miseducation of Lauryn Hill like it was just released yesterday instead of 20 years ago. Amusement park rides that spun fans around in circles for 5 minutes and cast them high above the festival grounds really set a tone for the carnival vibe (in addition to the churros and philly cheesesteaks).

For those who'd never been to sleep away camp, Camp Flog Gnaw was just a peek into a life that first and foremost celebrates good people and secondly, the great music they produce. Over the years Tyler, the festival's head counselor, has orchestrated a space where musicians and fans can feel free to live their truest lives out loud without fear of judgement or social or political persecution, something he does in his personal life. Camp Flog Gnaw has provided a refugee that only artists know how to curate due to the intimate connection they've formed with their fans. If Camp Flog Gnaw continues to succeed at this rate, other artists may be inspired to turn their personal playlists into a music festival of their own and continue to prioritize the energy and the culture first.