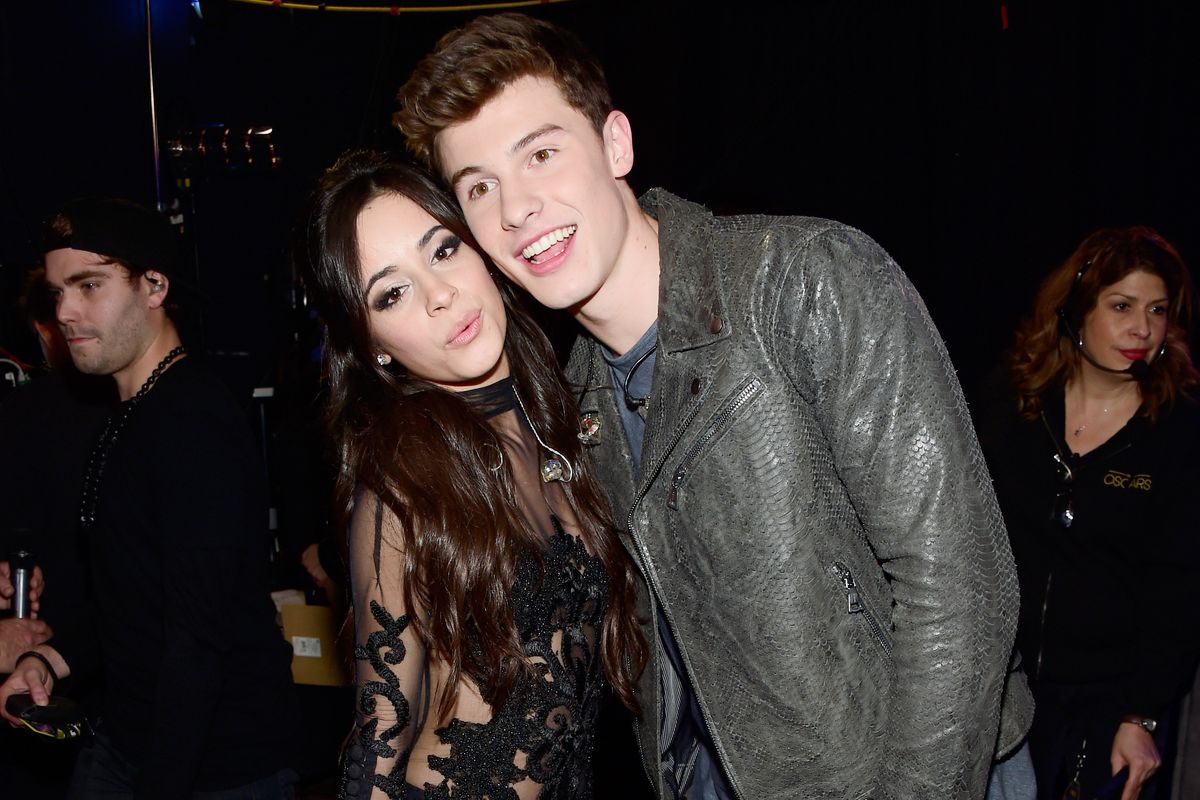 There's something very 2000s about PR relationships. They recall a nostalgic, somewhat bygone era of mutually beneficial celebrity power couplings: Brad and Jen, Tom Cruise and Katie Holmes, Kristen Stewart and Robert Pattinson. While Hollywood remains incestuous as ever, we like to think things are a little realer these days. Hell, even Taylor Swift is dating out of the public eye in 2019.

But as a recent resurgence in spaghetti strap tops attests, the naughts are coming back around. Just ask Gigi Hadid, supposed new girlfriend of ex-Bachelorette contestant Tyler Cameron. There's no way a publicist wasn't involved in planning that trip to the bowling alley; Gigi is as on trend as ever. Then there's #Shamila, the most opportunistic famous-4-famous pairing currently taking up Daily Mail column space. Camila Cabello and Shawn Mendes both claim to be single, but over the past month we've watched them hold hands for the paparazzi, lick each other's faces in swimming pools, and generally set stan Twitter on fire. Even the "Senorita" music video is steamy and PDA-packed.

They've won both song and snog of the summer! But is any of it… real? As Cabello would have it, yes. Without technically mentioning Mendes by name, the ex-Fifth Harmony member divulged to Variety that her recent single was written under the influence of feels: "I fell in love and just opened up. Everything was written in present moment." In short: she loves it when he calls her senorita.

GUYS JUST LOOK AT HER THEY’RE THE CUTEST THING EVER. THEY SUPPORT EACH OTHER SO MUCH. US SHAMILA GIRLS DESERVE. https://t.co/wieSWWUrut
— naz (@naz)1564372897.0

​Mendes remains tight-lipped, but it's surely only a matter of time before these two go Instagram official. Cabello has been following her beau around on his US tour, and the two have even reportedly met each other's families. Hey! Just because the label arranged it, doesn't make it any less real. Sometimes, and most especially when both parties involved are young and hot and high on fame fumes, set ups just work.

More gossip from the Variety interview: Cabello says she no longer speaks with any of her former Fifth Harmony bandmates. Also, she's a Miranda, "but trying to be a Carrie." Again: 2000s! Read the whole feature here.