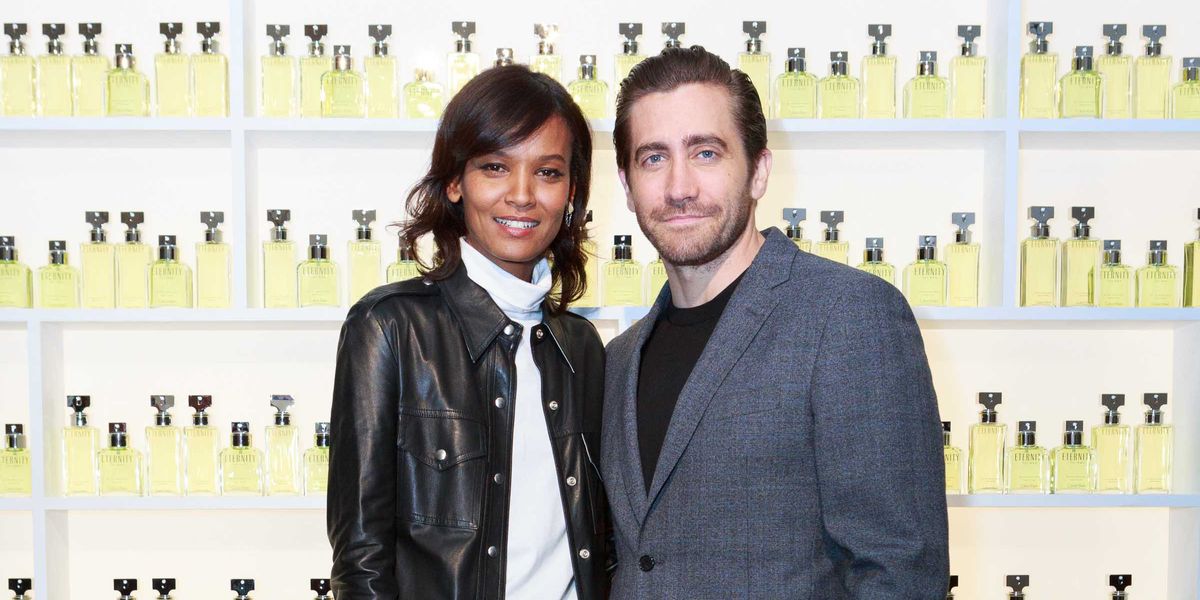 "Usually it's like people running through poppy fields or whatever…nobody actually does that. We were aiming for something honest," Jake Gylenhaal offers when explaining how he, Liya Kebede and 4-year-old Leila (along with It director Cary Fukunaga) arrived at the concept for the just-released video for the latest Calvin Klein Eternity fragrance. It features the nuclear family in a beach house, with waves lapping outside, lazing on minimalist furniture repeating stanzas of e.e. cummings' "i carry your heart with me" poem to each other; not a poppy in sight. The print campaign in turn was shot by Willy Vanderperre and signals the first foray of Raf Simons into the beauty and fragrance arm of Calvin Klein, where he notably has control over all iterations of the brand.

Calvin Klein created Eternity in 1988 to conjure a mood of family and permanence ( after his go-go '70s and '80s, he was focusing on the familial bond and togetherness, albeit one most likely ensconced within spotless ecru walls and greige upholstery). Jake, Liya, and Leila join the likes of Ed Burns and Christy Turlington (who with a rotating cast of male models was the original face as well as through the '90s up to last year) in the pantheon of Eternity. But this new iteration feels like something of a turn to be sure. For starters, the mixed family is a first for Eternity and Halley's-Comet-rare for a global fragrance campaign, certainly with the presence of a behemoth like CK. Also, the inclusion of the e.e. cummings piece in the story, though not a direct decision of Simons' (Gyllenhaal explains they arrived at it during filming to see what Leila responded to) it feels very in keeping with Simons' fascination with post-war American iconography and pathos (though my heart is a mostly earnest love poem, less the horror film fare he proposed for his fantastic spring show).

It was also not lost on the small audience gathered at a SoHo hotel for a preview last night that Jake's role as doting (and achingly well-lit) hot-dad-on-his-day-off in the campaign couched rather neatly with the latest dad-watch industrial complex fixation on his recent comments in a People Magazine interview where he (rather benignly) hinted at his desire to have a family of his own some day. If that wasn't some kind of incredibly cynical sub-marketing move on the Stronger actors' part, than the latest campaign at least shows that he's more than ready to play the part, e.e. cummings or otherwise (if he has anymore fragrance campaigns in the future, might we suggest cummings "i like my body when it is with your [body]").