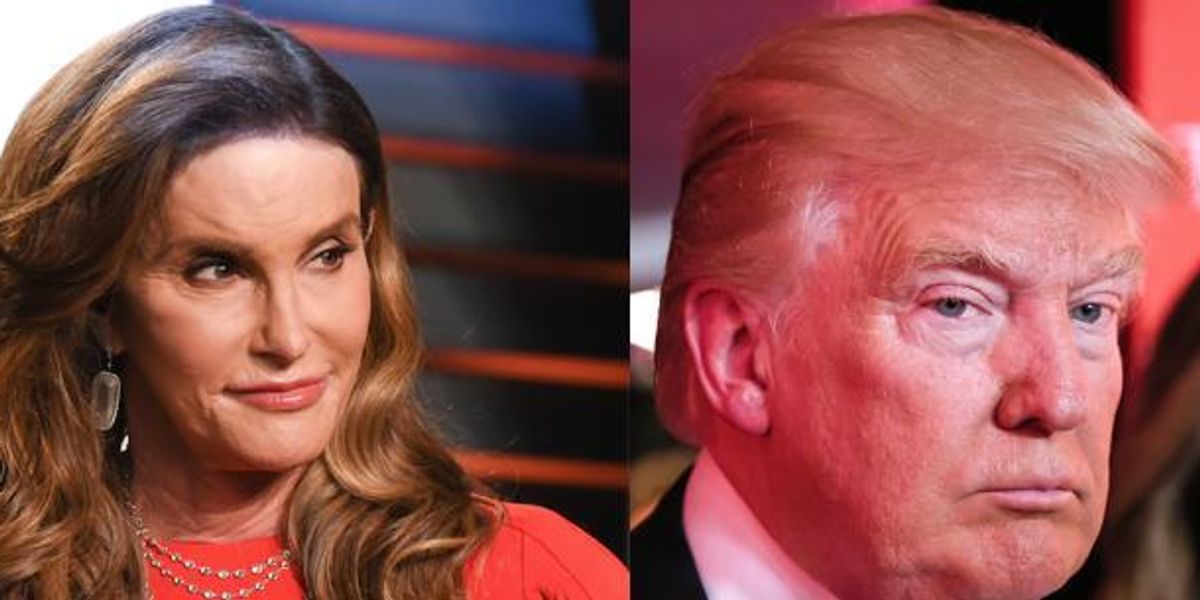 We all recoiled in March, when Jenner said had Count Dracula horror puppet-bigot Ted Cruz won the election (let alone still be in the race), she would gladly be his "trans ambassador."

Now, Caitlyn's back on her Republican stump.

While in Aspen, Colorado to address the Spotlight Health conference on trans health care , Jenner confirmed to STAT Magazine that she supports Donald Trump, adding that she "praises" Republican nominee for his support of women and the LGBT community.


He also said women should be punished for having abortions, but I guess that's neither here nor there!

Jenner went on to contradict herself, saying that there are "more unknowns" with Donald in his views on LGBT rights, and that with Hillary, "you pretty much know what you're gonna get with the LGBT community."

Let's just take note that this was Trump's response to the massacre at Orlando's Pulse nightclub June 12th, where 50 people--most of them LGBT people of color--were murdered by a hateful, homophobic maniac.

Appreciate the congrats for being right on radical Islamic terrorism, I don't want congrats, I want toughness & vigilance. We must be smart!
— Donald J. Trump (@realDonaldTrump) June 12, 2016

Seems pretty clear to me, Cait.