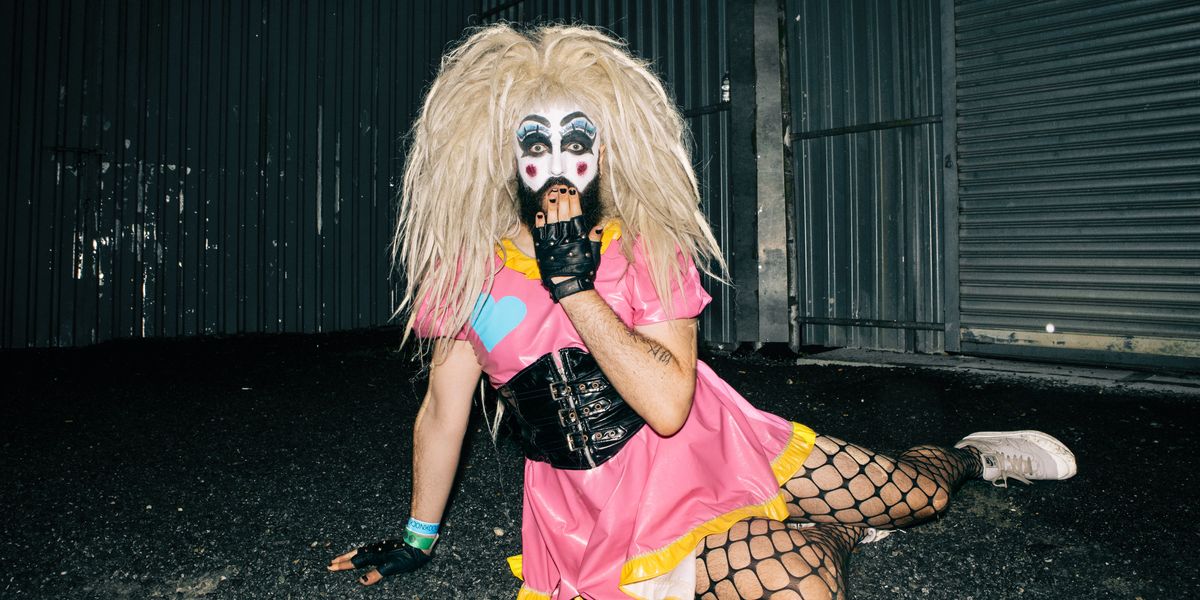 Bushwig 2018: The State of Drag is Strong

Now in its seventh year, Bushwig, Brooklyn's premier festival of drag and queer performance, made the move to Knockdown Center this year promising its largest show yet. With over 23 hours of drag performance that featured headliners such as RuPaul's Drag Race alums Shea Couleé, Alaska, Aja, and Thorgy Thor alongside an outdoor DJ stage and vendor market. Any queen you asked marveled at the enormity of space and variety in the lineup. This year's Bushwig was a clear indicator that drag is larger than it has ever been before. "Its just bigger and bigger every year that's the most notable difference," remarked Untitled Queen. "Otherwise everything stays the same, the spirit, the love, and joy that is there is consistent."

Whether you had been at Bushwig since day one or were completely new to drag, there was an incredibly welcoming and vibrant atmosphere. Just as many gag-worthy looks were on stage as they were off. "Have you seen Horrorchata's wig changes?" said performer Will Sheridan.

As once performance bled into the next, the sheer variety of queens and kings was whiplash-inducing. There were numerous truly sickening moment throughout the two night, Lucy Balls and Alaska both agreed that Emi Grate's performance of "My Heart Will Go On" from the movie Titanic while stripping completely naked was instantly iconic. "That kind of shit is why I started doing drag," Alaska emphasized, "it makes me very hopeful to come to a place like Bushwig. It's far more evolving and more amazing than it ever was. These people are on the forefront of queer and gender deconstruction."

Bushwig made it abundantly clear that the state of drag is incredibly strong. That as it becomes more visible in pop culture drag becomes, the further its boundaries are pushed by up-and-coming performers. "I hope that the future of drag continues in this progressive direction of being inclusive in the community and allowing new fresh young talents to open up more and more," said Aja, a Bushwig original, having returned a hero after a three year absence, "I just want everyone to have a stage."

"See this is what drag does, it throws you up into the air and makes fun of your life," said Thorgy Thor remarking on Merrie Cherry's triumphant return to the Bushwig stage after suffering a minor stroke earlier this year. Cherry was rolled out on stage in a hospital gown before bouncing up and slaying to Tina Turner's "Proud Mary" in what was an awe-inspiring dramatization of her journey to recovery. This is what the true spirit of Bushwig was about Thorgy Thor explained "because when you dress up it makes us more powerful. It helps us deal with real life."