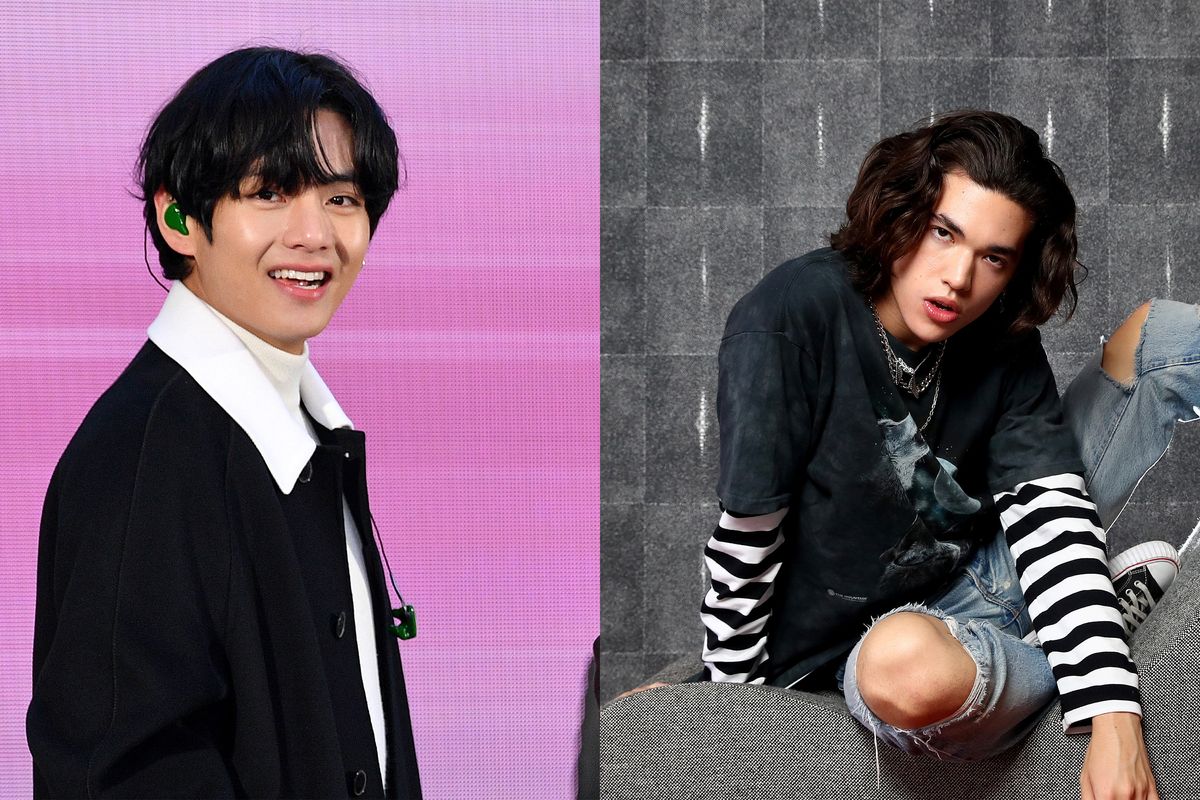 It's hard to top the Beyoncé "Savage" remix, or "Say So" featuring Nicki Minaj, but it looks like we might be getting another dream music collaboration come true.

A video of K-pop band BTS member V has been circulating on the internet, listening to singer-songwriter Conan Gray's hit single "The Other Side." Conan took notice, and shared the video himself, with a tweet saying, "i love you :,)))" and tagged BTS' official Twitter account.

V replied using the band account with the best response ever. He tweeted, "Let's make a song together :)V."

This isn't the first time the subject of a BTS or V feat. Conan Gray collab has been broached. In an interview with Rolling Stone, V mentioned that the Asian-American artist was a source of inspiration for him.

And because of this, Conan had a major fanboy moment. So in a radio interview in December, the artist voiced his admiration for the group, and particularly appreciated V for listening to his music. He even mentioned that he wanted to do an album with V.

we asked @conangray: would you ever want to collab with V or any of the BTS boys? #TAEHYUNG #BTSARMY catch the fu… https://t.co/H3ikADcW2A
— mtvaustralia (@mtvaustralia)1581408300.0

Back in February, in a video for MTV Australia, Conan also gave a shout out to V and told him to hit him up to make a song together.

It's clear these two have so much love for each other's work, and they definitely want something to happen. Now all we have to do is wait, and hope it happens soon.