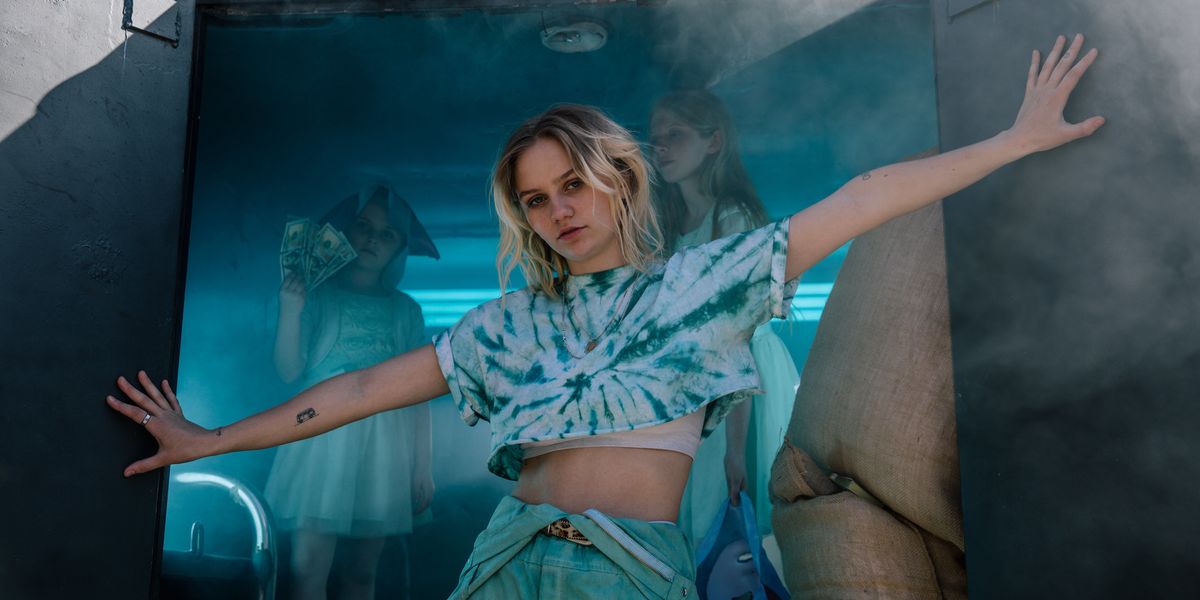 Behind the Scenes of Carlie Hanson's American Heist Fantasy

In the last year, Carlie Hanson's self-aware songs and videos have all worked to herald the coming of a wise-beyond-her-18-years phenom. Continuing to turn suburban American stories into emotional fever dreams is her latest video to "Back In My Arms."

Where the song is an endearing slice of guitar-fueled, trap-inflected pop about missing a lover's embrace, the video, out today and directed by Danilo Parra, takes a completely opposite turn. The storytelling for the "Back In My Arms" clip feels akin to a Harmony Korine-led epic fantasy about wasted youth.

A statement summarizes the video's concept as "an attempt to secure their father's release from jail, Hanson and her two younger sisters pull off an armored truck heist, thanks to an unlikely accomplice." Plus, there's all manner of Hanson's badass '90s grunge style, too — lots of flannel, tie-dye, and rootsy blonde cuts.

There is an abundance of sun-dappled shots recalling average American life: we see Hanson doing donuts on dusty roads with her father, playing with her sisters, and stepping outside a trailer that has "Boy or Girl?" tagged on it, the latter of which points to the cruelness of youth.