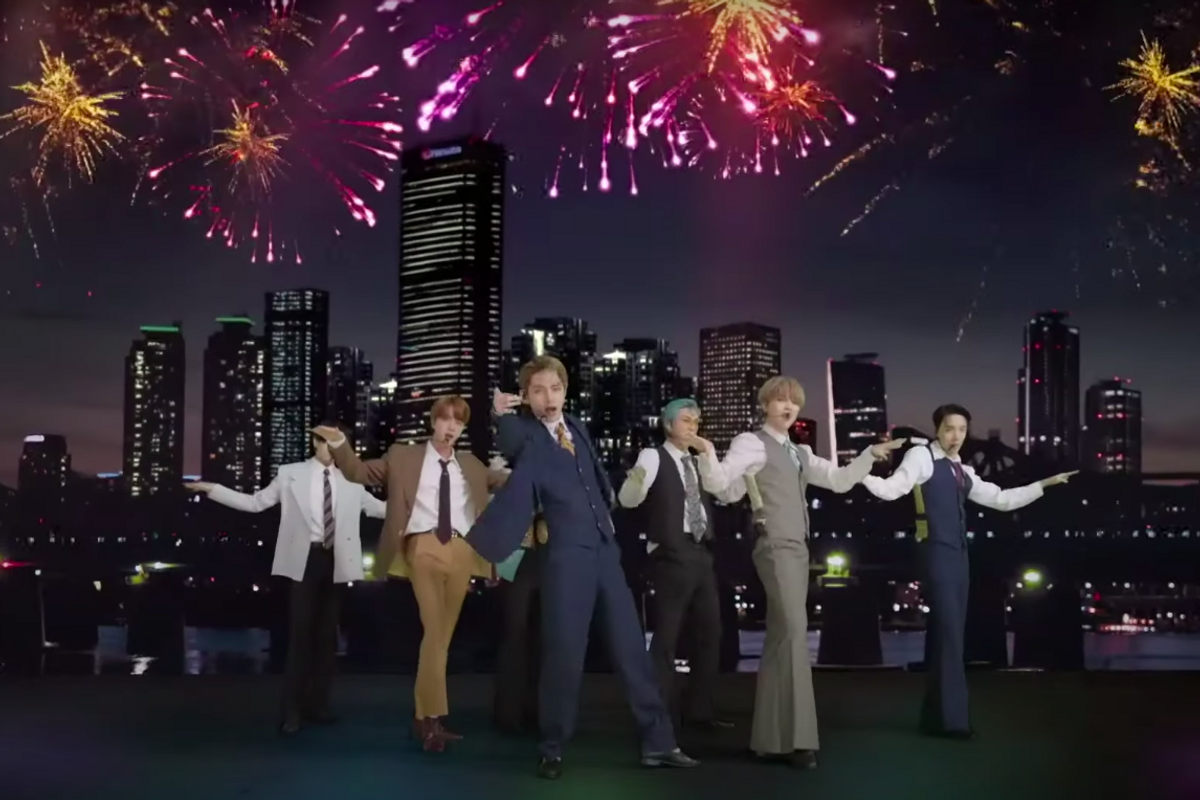 BTS brought Seoul Train to one of the 2020 Video Music Awards' many stages with their silky smooth performance of their new track, "Dynamite." Performing the song remotely from South Korea, the spectacular septet of Suga, RM, Jin, J-Hope, Jungkook, Jimin, and V, made their VMAs debut with style — the most grooviest kind that you can imagine.

Consisting of four different virtual sets that appeared to take place around a recreation of New York City, the snazzy-suit wearing collective disco'd out to their latest dance number magically. Sharp leg kicks and masterful floor gliding matched the intensity of the horns on the song's back end throughout its fast transitions.

During the performance's last leg in front of the Hudson River, virtual dynamite blasted in the air while the group rocked their bodies back and forth, alternating the limbs that they stuck out with each pulse of the tune's drum. With one last stylish shift and Michael Jackson-like leg kick to the screen, BTS ended the routine with fierce smirks to the camera, causing the make-believe crowd to roar in collective excitement.

Earlier in the night during the VMA Pre-Show, BTS took home the awards for Best Group and Best K-pop, thanks to the group's single, "On."

Check out BTS' out-of-sight "Dynamite" performance up, above, and revisit the music video, below.