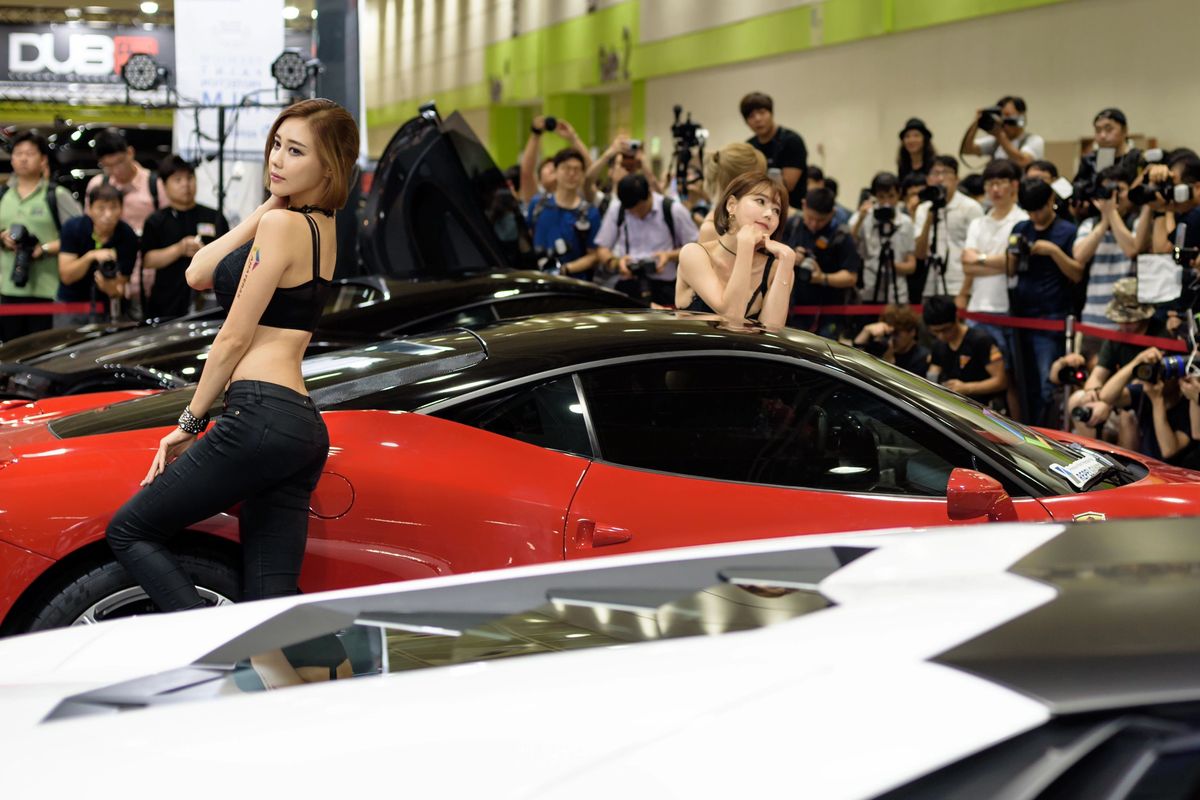 For as long as pubescent boys fantasized about boobs and grew to become the heads of auto shops, booth babes have existed. In the 1960s, twig-thin women donned dresses and evening gloves to guard the automobiles of the decade, professionally known "CES Guides." But over time, the required uniform for CES guides has shifted into lingerie and two-piece bathing suits, birthing what we know today as the modern booth babe. Now, dealers are doing away with them altogether.

Since the 1980s, misogynist car dealers everywhere followed the same formula: naked women next to shiny new object means sales. Pretty much every event where booth babes have been present, from car dealerships to comic book conventions, a large amount of controversy has followed as to the sexist nature of the phenomena — women are made to be background props, intended to stroke the male ego. On the other hand, there have been arguments that suggest booth babe culture is about embracing female sexuality in spaces that are predominantly male.

As the long standing debate continues, the #metoo movement has also trickled down into the offices of auto shop owners. This year, a large number of major automakers like BMW, Toyota, and Nissan announced that they would not have booth babes present at this year's 2018 convention, calling it an "outdated" practice. Even industry higher ups within the sports world have announced they will no longer be using "grid girls" to announce the World Cup Championship race. Sex used to sell, but now it's detrimental to business.

While dealers say they are doing away with booth babes to form a more "communicative atmosphere at the booth," the new change in tone still rings of exploitation. The car industry has tied women and sex into marketing for decades, and now that women are no longer able to be monetized without public backlash, both babes are discarded and demonized — instead of the billion dollar industry that has profited off them.