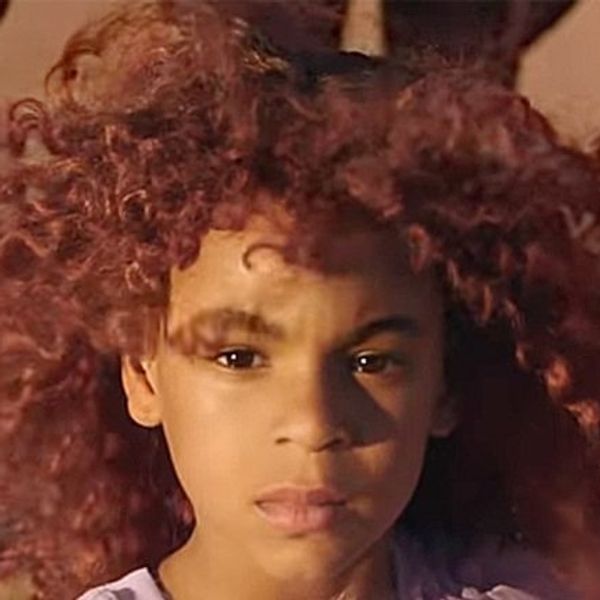 Blue Ivy Carter is just 7 1/2 years old and is already more accomplished than most of us. How many of you scored a Billboard Hot 100 hit before exiting grade school?

The eldest progeny of music royals Beyoncé and Jay-Z debuted at number 76 on the chart with "Brown Skin Girl," her feature on her mother's just-released Lion King: The Gift album. This makes her the youngest person to do so, according to Chart Data. No surprises there! The song features Saint Jhn and Wizkid, and celebrates dark-skinned girls. And on her end, Blue Ivy turns in a sweet vocal performance. The internet is certainly here for it.

In case you missed the fledgling songstress' other take-your-daughter-to-work day features, Blue Ivy first guested on Bey's "Blue," from her 2013 self-titled album, saying "I love you, mommy." She also spit some bars on father Jay's "Blue's Freestyle/We Family," from his 2017 album, 4:44. More recently, she co-starred in the videos to "Spirit," from the Lion King soundtrack, and "Bigger," from The Gift. It's a lot of accomplishment at such a young age, but she also has huge shoes to fill: Bey has 63 Hot 100 hits and 10 Number Ones, while Jay has 100 Hot 100 placements and four chart-toppers.

In addition to casually dropping hit songs, Blue Ivy has also become something of a fashion darling, with whole Instagram accounts dedicated to her red-carpet looks and charming divafied moments. Remember when she acted up on the red carpet and pulled focus from her mom? Remember when she also shushed her parents during Camila Cabello's speech at the Grammys?

The road to excellence is already being rightfully laid out for Blue Ivy, and of course, when you're the daughter of royalty, what other road is there to take? It'll be no time before Blue Ivy, like her parents before her, steps even more fully into her power and plants her foot firmly on our necks. Take our breath away, young queen! Only question now is: what will her younger twin siblings Sir and Rumi do?