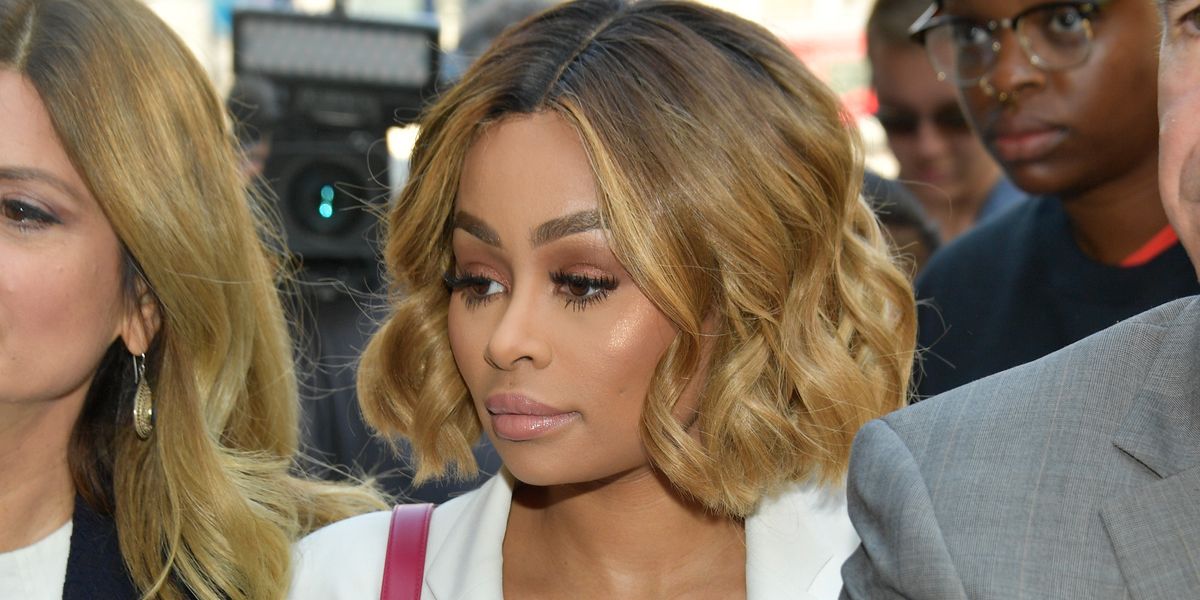 Even though the two were engaged and had a child during the one and a half year period they were together, Chyna said she struggled to live under the same roof as the Arthur George-founder because she felt "disrespected."

"We lived together [at my house] for two months in the beginning, but he stressed me out every day," Chyna told the publication. "And I said, 'One thing you won't do is stress me out with this baby in my belly.'"

Chyna and Rob eventually moved back in together after Dream was born at one of Kylie Jenner's properties — as was documented on an episode of Keeping Up with the Kardashians.

"...I put my pride aside — and I'm very prideful," Chyna says of her decision to move into Kylie's house. "I was like, 'You know what? I actually want to be with this person. So guess what, Chyna, you need to go live in this lady's house,' which is his sister, 'There's no bad blood or whatever, so be a family and figure it out.' I moved in and one week later was like, 'You know what? I don't deserve this. I'm out. I'm not going to be disrespected.'"

It was Rob's reaction to Chyna's "cheating," however, that could be considered the most disrespectful. The 30 year-old posted multiple explicit nudes of the mother of his child and accused her of drug abuse — re-uploading them as they were deleted.

"I'm glad I'm relieved of [Rob], but damn, why did I have to get relief in this way?" Chyna says of their fallout.

This is the second interview Chyna has given since Rob's meltdown. The Kardashians responded to her initial appearance on Good Morning by sending the program the non-disclosure agreement Chyna signed when she appeared on the family's reality show, which stipulated the model could be forced to cough up $10 million for violating the contract.