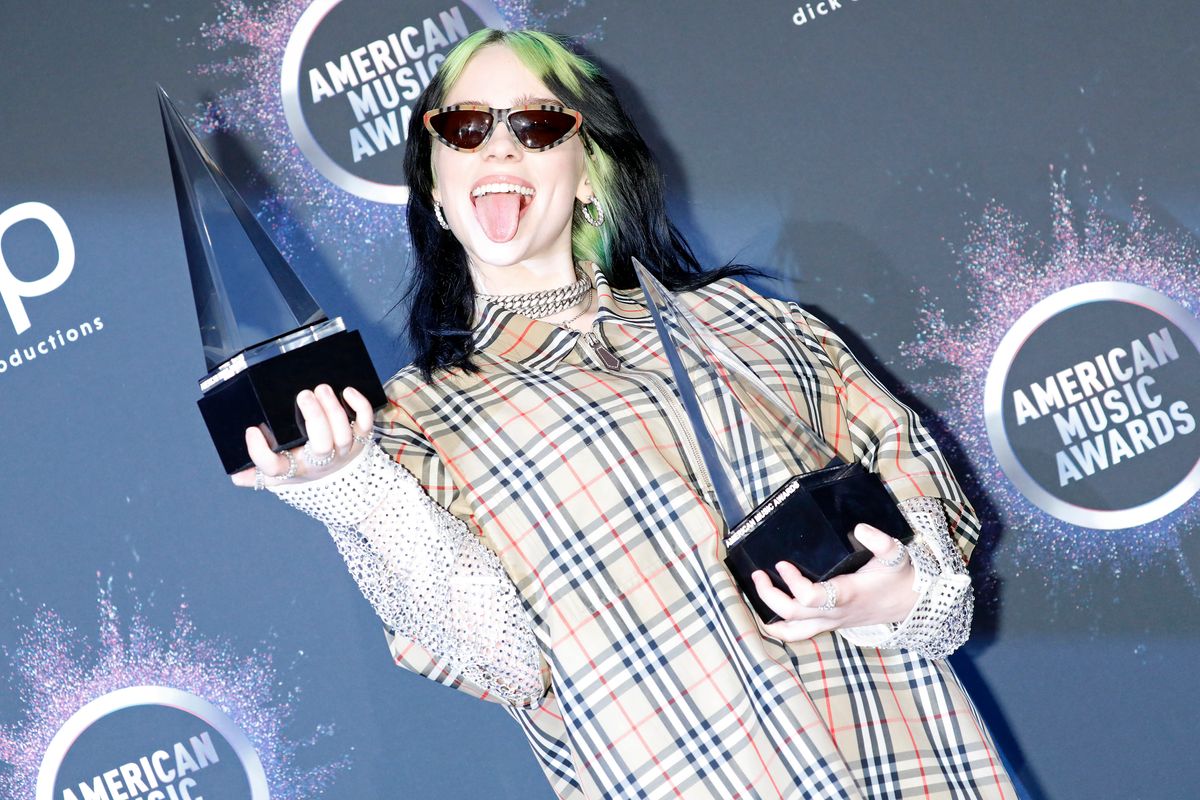 Ready to indulge in a little Friday afternoon stan drama? Log on to Twitter and revel in #billieeilishisoverparty, where Lady Gaga fans are in the process of canceling adored 17-year-old pop star Billie Eilish for daring to criticize Mother Monster's iconic meat dress moment from 2010.

Billie Eilish and brother slash producer Finneas were asked about their opinions on the Grammys during a recent interview with Variety, — they recently scored six nominations for Eilish's debut album.

"I grew up watching the Grammys," Eilish recalled during the chat. "We all did. We used to judge all the girls' dresses... I barely paid attention to the music." Finneas then brought up "the meat dress," asking whether Gaga wore it to the Grammys. (It was actually the Video Music Awards.)

"Eee...yikes," his sister replies, clearly disapproving of the controversial The Fame Monster-era look Gaga wore when accepting her Video of the Year Moonman for "Bad Romance." The Franc Fernandez creation angered animal rights groups at the time, but remains a fan favorite and has been preserved by taxidermists for posterity.

"The egg was also a Grammys event?" he asked, referring to the musician's 2011 Grammys red carpet inside of a giant egg. "My favorite egg comment was Justin Bieber. He was like, 'I know people say it's art right but I'm just like you're in an egg.'" (Bieber did actually make this quip, during a 2011 interview with Chelsea Handler.)

Eilish and Finneas are famously vegan, and Billie in particular is also famously apathetic about much of the pop culture that came before her. She doesn't know what a Van Halen is, was too young for the Spice Girls and Britney Spears, but does have a soft spot for Green Day and Justin Bieber. It's a no brainer that she feels this way about Gaga's butcher shop gown and boots, and similarly unsurprising that she'd voice her opinion publicly.

Re: pop star performance art though, Billie's new music video does feature her burning her own face with cigarettes. Just saying.

Angry stans battle it out, below.

#billieelishisoverparty IMAGINE this: a young vegan seeing an entire OUTFIT made out of meat and saying “ew” BITCH… https://t.co/DQQOesTrNt
— brooke ❁ (@brooke ❁)1575648711.0

Why is everyone hating on billie for saying the meat dress is ugly? she's right #billieelishisoverparty https://t.co/fZwhyS2FrC
— Jesse (@Jesse)1575644620.0

Anyway,, instead of being butt hurt,, go to youtube and give the xanny video some views 🤩🤩 #billieelishisoverparty‘ https://t.co/JLdZacZnfL
— cupcake🧁 (@cupcake🧁)1575652542.0

I'm a HUGE Lady Gaga fan and I thought the meat dress was yucky too... Lol it doesn't mean you hate or even dislike… https://t.co/gv2WwNKlYb
— Chelsea Tregenza (@Chelsea Tregenza)1575648833.0