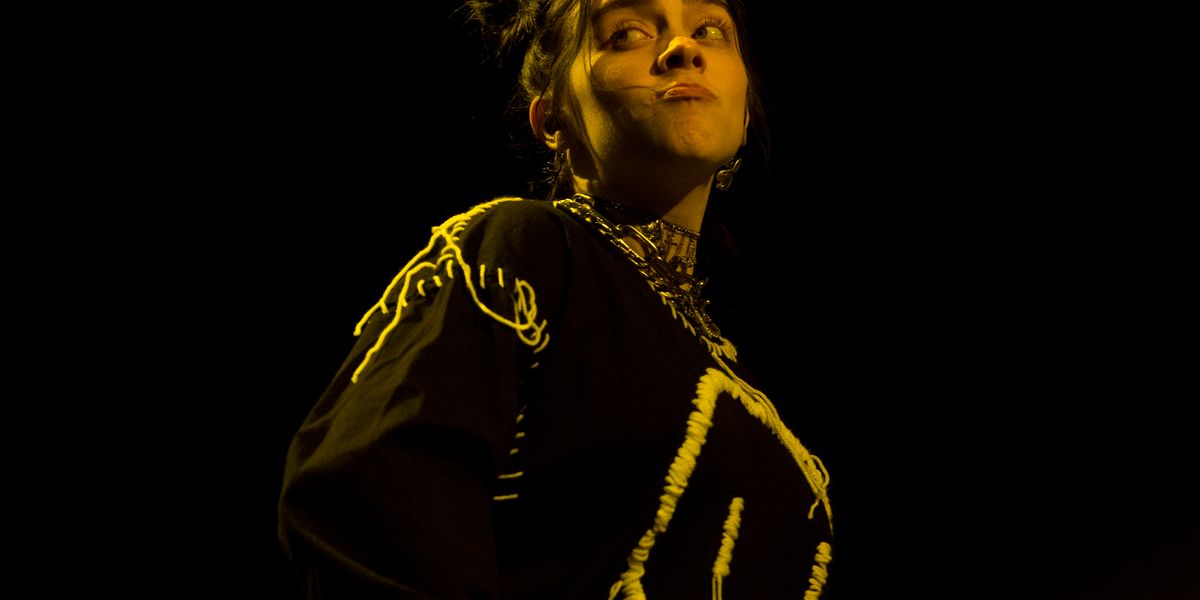 Calvin Klein has given us the gift of shirtless Shawn Mendes and Noah Centineo pics. Now, with their latest ad campaign, they're giving us a fashion revelation from Billie Eilish. The I Speak #MyTruth ad campaign features the 17-year-old music superstar, and she tells us the truth about why she loves wearing baggy clothes.

Yes, baggy clothes are comfy. And, yes, track suits are definitely trending now. But Eilish's reasons for her fashion choices go much deeper. In the video clip of the #MyTruth #MyCalvins ad she posted to Instagram, she explains, "I never want the world to know everything about me. I mean that's why I wear big baggy clothes: nobody can have an opinion because they haven't seen what's underneath, you know?"

People are loving the ad, and it has started a conversation online about the kind of scrutiny women's bodies are subjected to. The ad began a discussion about how terrible both body shaming, and the sexualization of the female body are, and how this affects girls as young, or even younger, than Eilish. As Twitter user @aliceharan puts it, "This feels really empowering & incredibly sad all at once..."

This feels really empowering & incredibly sad all at once... https://t.co/0OMHNaOqEe

she shouldn’t have to protect herself from other people, but she does. how could you hate someone who wants the best for themselves? just because she doesn’t do what you want her to? to be normal? just let her be 💜 https://t.co/5Oi4V4q686

And while Eilish has been applauded for this, some tweeters are also reminding people that her line of thinking is similar as to why Muslim women dress the way they do. But instead of being applauded, Muslim women are accused of succumbing to oppression, or even worse called terrorists.

This is the exact belief behind Hijab in Islam but some of y’all call it oppressive no? https://t.co/QvVkedt72g

At the end of the day, what's really important is that people should just be able to dress how they want to dress. It's really nobody else's business.