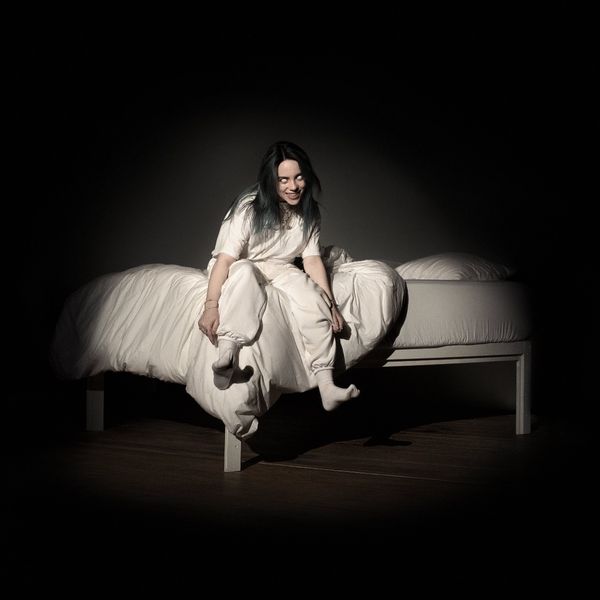 Billie Eilish Is Here to Haunt You With a New Video

Not unlike emo and sadcore predecessors before her, 17-year-old Billie Eilish has never shied away from the morose or the macabre. Her ear for a sickly-sweet downtempo melody and eye for a gruesome image, puts her in a new generation of pop stars outfitted with teen angst and nihilistic worldviews.

Eilish's dark creative inclinations take center stage once again in her new song and video for "bury a friend." Pulsing with a deliberately creepy, taut beat and accented by screams, Eilish sings about personal demons and being the monster under your bed. For the dimly-lit video, which features a cameo by Crooks, director Michael Chaves narrates a world seemingly inspired by the freakiest paranormal thrillers of the last five years and also Stephen King's The Shining, as Eilish's eyes suddenly change colors and she floats through dingy corridors with broken-doll feet.

Check out the video, below. Today, Eilish also announces her debut album, out March 29, artwork, and tracklist, which you can also see below. It features previous singles "you should see me in a crown" and "when the party's over" and includes tracks called "xanny," "wish you were gay," and "all the good girls go to hell." Okay! The album's title WHEN WE ALL FALL ASLEEP, WHERE DO WE GO?, is pulled from a lyric in "bury a friend," and was written, recorded, and produced with her brother FINNEAS in their childhood home.

In a press statement detailing the album's release, Eilish notes that "bury a friend" was the basis for the rest of the album's overall direction. "When we made 'bury a friend,' the whole album clicked in my head," Eilish explains. "I immediately knew what it was going to be about, what the visuals were going to be, and everything in terms of how I wanted it to be perceived. It inspired what the album is about. 'bury a friend' is literally from the perspective of the monster under my bed. If you put yourself in that mindset, what is this creature doing or feeling?" She continues. "I also confess that I'm this monster, because I'm my own worst enemy. I might be the monster under your bed too."

WHEN WE ALL FALL ASLEEP, WHERE DO WE GO?