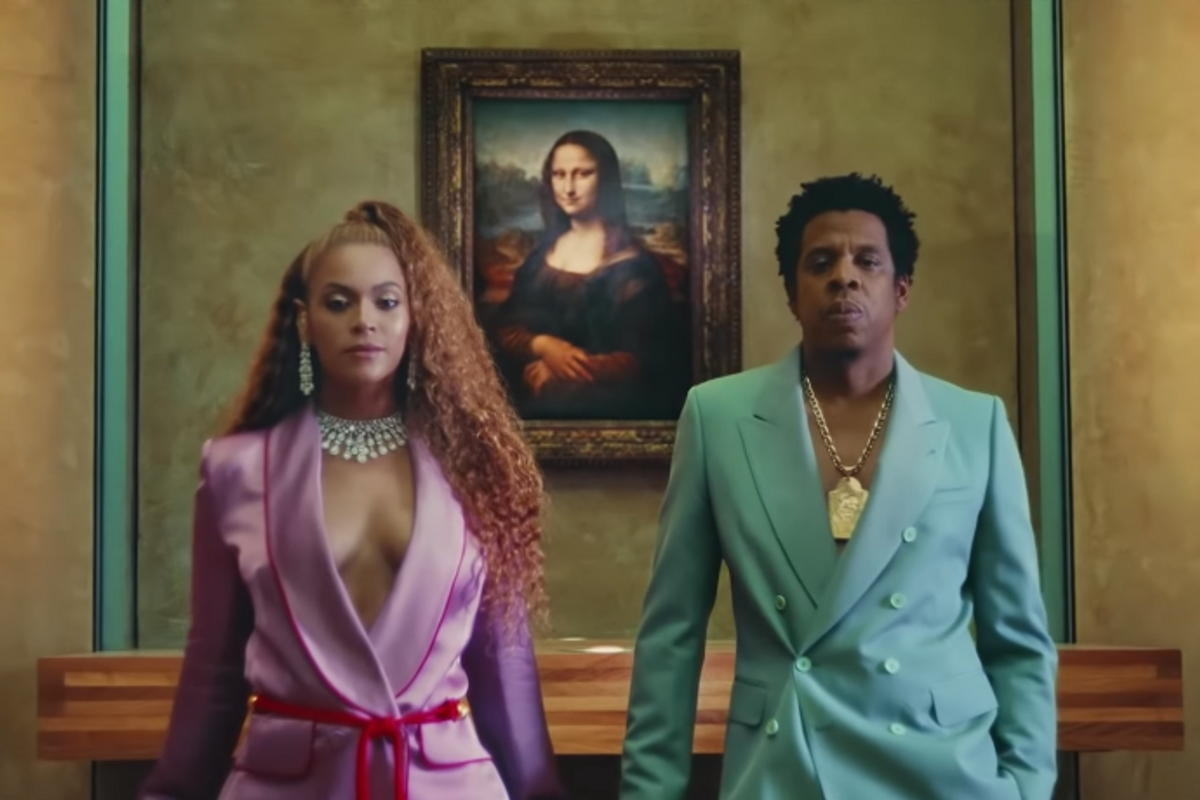 The Louvre, a popular and famous Paris art museum that hosts the Mona Lisa and Venus de Milo among other priceless treasures, doesn't exactly need to advertise. But Jay-Z and Beyoncé helped promote it anyway, after they filmed one of the best music videos of all time there this past summer. Visitor numbers have apparently spiked massively in the months since. You might even say the crowds are going… "Apes**t." Sorry.

According to The Guardian, more than 10.2 million people visited the Louvre last year — an increase of five percent from the 2017 figures of 9.7 million. For reference, New York's Metropolitan Museum of Art welcomed 7.4 million people over the same period. They should commission a Cardi B video or something and catch up.

Louvre director Jean-Luc Martinez attributes the museum's record-breaking numbers at least partly to Jay and Bey. "The Beyoncé video, like the opening of the Louvre museum in Abu Dhabi, ensured that the Louvre was talked about across the world, and one of the consequences of that is the spectacular rise in visitor numbers last year," he reportedly told a local radio station.

It's maybe worth noting that Lorde also had a Parisian moment in 2017 Melodrama track "The Louvre," but it's hard to deny that the video for "Apes**t" (from the collaborative Carters album EVERYTHING IS LOVE) is solid promotional material. For one thing, the Carters shut down the whole building and got to look at the Mona Lisa in peace rather than wading through 100 people taking selfies. Not the most realistic portrayal of a Louvre experience, but definitely a fun one.

Watch the video for "Apes**t" before looking up air fares to France, below.