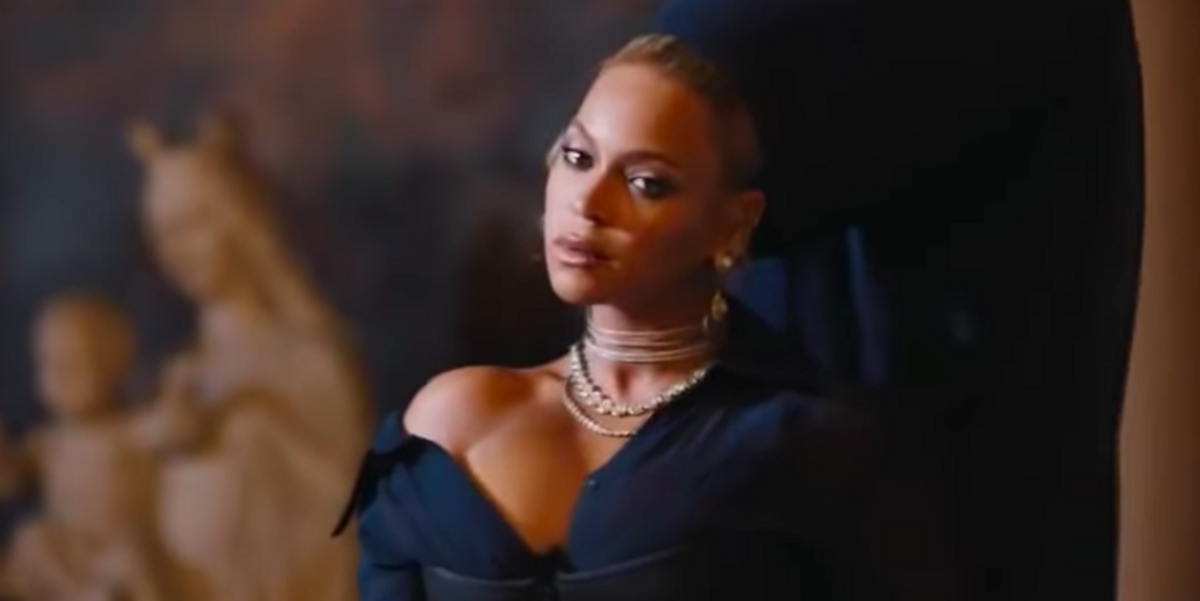 Jay-Z and Beyoncé engage in a different kind of couple's therapy, one that takes form in two Grammy-nominated albums and a string of cinematic music videos. Last year, Beyoncé exposed Jay-Z's infidelity and meditated on her past with Lemonade. Jay-Z responded earlier this year with his deeply personal and apologetic, 4:44. With these albums, they tried make sense of betrayal and rebuild their once-strong partnership.

Related | Jay-Z Continues to Get Real About Beyoncé in New 4:44 Video


Today, they revisit the issue with the video for "Family Feud" off of 4:44, just ahead of the Grammy awards for which Jay-Z boasts eight nominations— they really know how to make the best of a bad situation. The Ava DuVernay-directed video features shots of our beloved Yoncé looking like a haute pope while Jay-Z walks their sweet innocent baby Blue down the aisle (she didn't ask for this!) The video is available exclusively on Jay-Z's streaming service TIDAL (of course), but you can watch it for free until January 5. Here's a preview of the action:

DuVernay also shared some behind the scenes images on Twitter, including shots of the many powerful women featured in the star-studded short film, including Mindy Kaling, Brie Larson, Rashida Jones and PAPER cover star Janet Mock:

Happy so many are enjoying our #FamilyFeudFilm! Sharing some behind the scenes tidbits and exclusive pictures in this thread. Thank you to @S_C_ for the strong collaboration. A pleasure and an honor. pic.twitter.com/SxCUiSqfHT
— Ava DuVernay (@ava) December 29, 2017

The Founding Mothers. What else is there to say? I believe in our power. And I appreciate these dynamic artists who came out on a Saturday to represent all kinds of women at the table. Not a seat. ALL THE SEATS! #FamilyFeudFilm pic.twitter.com/LZFTuYBwJn
— Ava DuVernay (@ava) December 30, 2017

I loved the idea of their being Co-Presidents of the United States in the future. And that a Native American woman was one of them. One of the first ideas I shared with @S_C_. He was all in. We had fun dreaming this up. This country will not stay the same. #ChangeIsComing pic.twitter.com/IsRYwV62Hr
— Ava DuVernay (@ava) December 29, 2017

I'll let the final scene just stay where it is. In the film, with that family. Being their brilliant, black, brave, bold selves. May we all fortify our families. Our communities. Our society. In whatever ways we can. Much love. And thanks for watching #FamilyFeudFilm! xo. A. pic.twitter.com/r6yWsiJX6f
— Ava DuVernay (@ava) December 30, 2017