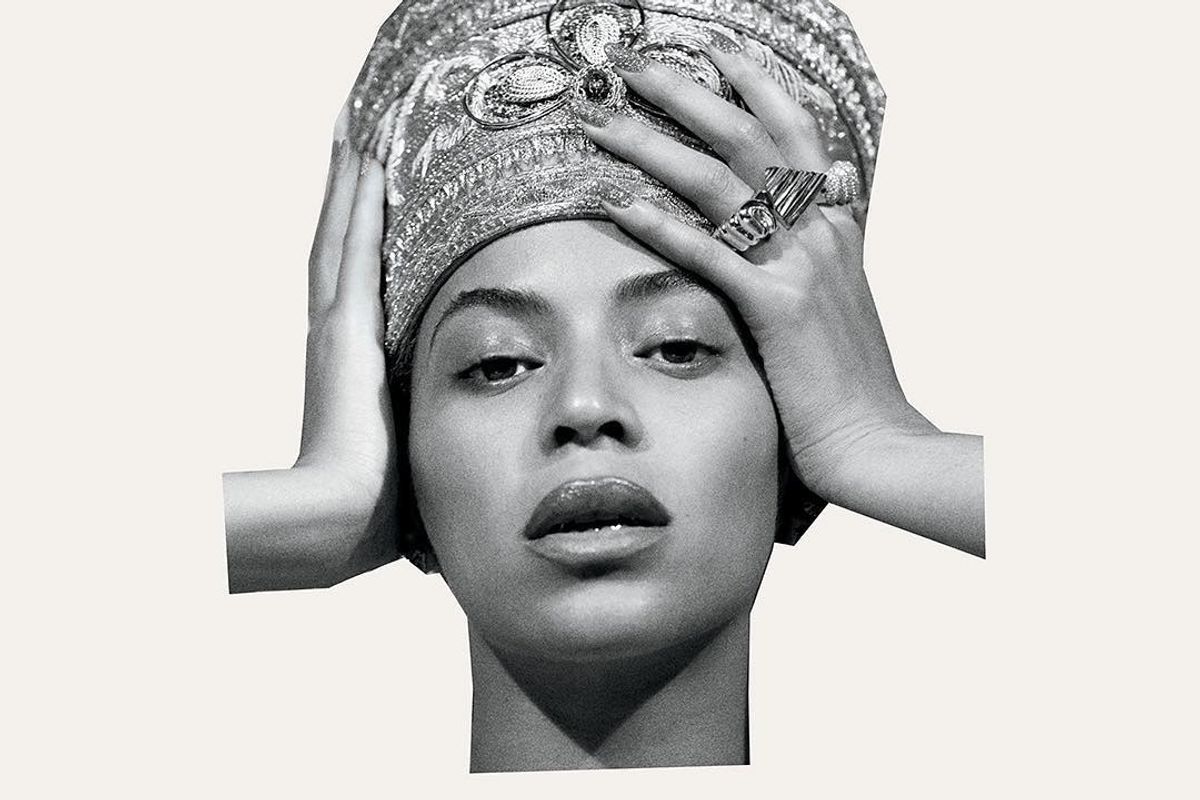 At this year's Coachella, PAPER couldn't help but notice that, despite remarkable performances from headliners and other top acts, none could hold a candle to Beyoncé Giselle Knowles-Carter.

Knowing this, the world-stopping superstar has finally released her buzzy new Netflix film, Homecoming, which documents the days leading to her historic headlining Coachella set last year. In it, Beyoncé admits that she directed the show with this film in mind. So it should come as no surprise (but surprise, Beyhive!) that a whopping 40-track album, Homecoming: The Live Album, is here to go along with it.

Beyoncé basically shut Coachella down last year with her two-hour "Beychella" spectacle, which notably paid homage to Black Greek letter organizations, marching bands, and step teams in the tradition of Historically Black Colleges and Universities aka HBCUs. The bar was raised so high in fact, it's just generally unfair to compare those following the Year of our Lord After Beyoncé (A.B.) — no shade to Ariana Grande, Tame Impala, Childish Gambino, et al — to what she did before. Even if you weren't actually there to witness Beyoncé at her most powerful, judging by photos and exclusive Tidal streams of the whole shebang, you were there.

The film is chock-full of candid moments, including one in which the singer admits that her pregnancy with Sir and Rumi was complicated.She was initially slated to headline Coachella in 2017, but her "unexpected" pregnancy — with twins, no less — set the production timeline back. In the doc, Beyoncé revealed that she suffered from high blood pressure, toxemia, and preeclampsia. She said she underwent an emergency C-section when one of the twins' hearts stopped beating. By the day she gave birth, she weighed 218 pounds.

Understandably, getting back into performer's shape, both mentally and physically, proved to be the singer's most challenging endurance test yet. During the first rehearsal for Beychella, she says to the camera: "I'm creating my own homecoming [...] There were days that I thought I'd never be the same. My strength and endurance would never be the same."

In another segment, she also explained where the HBCU-themed concert's inspiration emerged. Beyoncé never went to college herself, but has personal ties to HBCUs: her father went to Fisk in Nashville, and as a child, she rehearsed often at Texas Southern University in Houston. She says that though she "always dreamed" of attending an HBCU, obviously stardom beckoned, and I suppose that when you're Beyoncé and normalcy just isn't in the cards for you, you answer the cosmos' call. (Hi, Destiny's Child!)

In addition to her full set, Homecoming: The Live Album also includes a recording of Blue Ivy singing the famous Black spiritual, "Lift Every Voice and Sing," and a new studio version of Beyoncé's cover of Frankie Beverly and Maze's 1981 hit "Before I Let Go." Her cover was produced by Memphis songwriter and producer Tay Keith.

Listen to the whole thing, below.