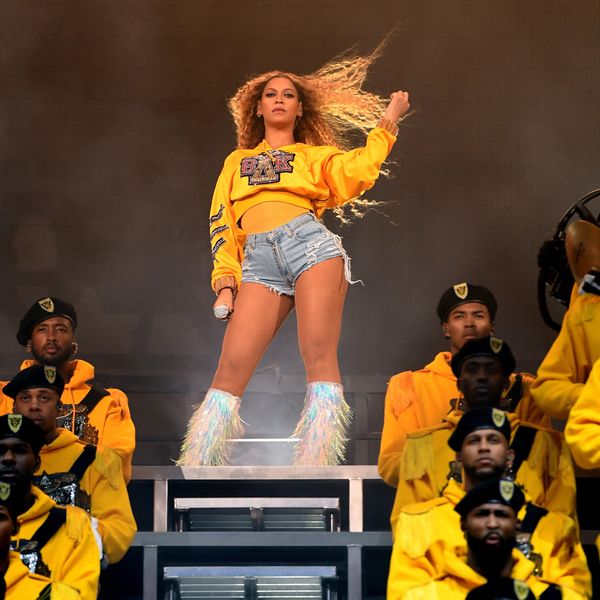 Why the Beyhive Is After Bollywood

The Beyhive is back in action on Twitter today to defend their Queen after she was the subject of a controversial Bollywood song "Beyoncé Sharma Jayegi," (which roughly translates to "Beyoncé will feel shy").

Needless to say, the internet was not thrilled to hear Beyoncé's name creep into the song's suggestive lyrics: "By merely looking at you [my light-skinned lady], even Beyoncé will be embarrassed." "Beyoncé Sharma Jayegi," which was set to be featured in the upcoming Bollywood rom-com, Kaahli Peeli and stars actors Ishaan Khatter and Ananya Panday, promotes colorism and, in turn, harmful beauty standards that many have pointed out is the antithesis of the musician's platform (see: Black Is King).

@ajplus This still doesn’t make sense. Like why would Beyoncé ever be embarrassed about anything in life ever? https://t.co/W7aCwOjehg
— ♛ Alexis ♛ (@♛ Alexis ♛)1600106539.0

Following the social media backlash, as well as some legal concerns (Beyoncé had her name trademarked, according to Fortune Magazine) the director, Maqbool Khan, released a statement to The Times of India, writing: "We have made the film to entertain audiences and not to offend or hurt anyone. Since our lyrical arrangement did not go well with few people, we thought why not keeping the essence the same while changing the song a little bit."

The song has since been changed to say "the world will feel shy," however people are still upset that the song's problematic messaging remains intact and are calling for the movie's boycott.

@PuneTimesOnline A few people. I’m Punjabi and yet my sister was still tirelessly told by all the aunties that she… https://t.co/mWMh0NQOp9
— kanwarghuman (@kanwarghuman)1600100292.0

The film is set to be released on October 2 on Zee Plex, a new Bollywood-movie/ television pay-per-view streaming service. Let's hope Khan rethinks the intent behind the song all-together before it makes its way into our homes.