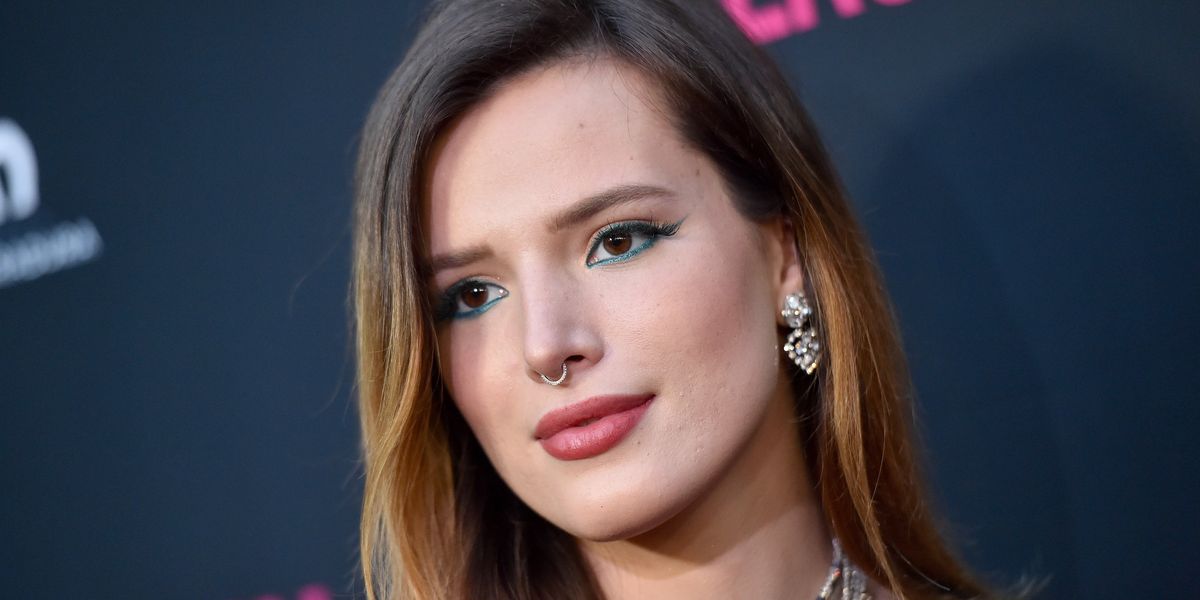 Bella Thorne Posts Her Own Nudes to Thwart Hacker

When actress Bella Thorne was recently threatened by a hacker after he allegedly stole her private photos, she decided to deal with it in a powerful way. Over the weekend, the actress posted a lengthy note online explaining how she has decided to take control of the situation.

"For the last 24 hours, I have been threatened with my own nudes, " she wrote. "I feel gross, I feel watched, I feel someone has taken something from me that I only wanted one special person to see. He has sent me multiple nude photos of other celebs, he won't stop with me or them, he'll just keep going."

The actress, who is currently promoting her autobiographical book, The Life of a Wannabe Mogul: A Mental Disarray, also described how she spent the past 24 hours agonizing over the pictures. "So here fuck u, for the last 24 hours I've been crying instead of celebrating my book while doing my book press, she said. "Oh yea, the fbi will be at your house, shortly, so watch. Your. Mother. Fuckin. Back."

Ending it with a snappy caption, Thorne wrote: "Fuck u and the power u think you have over me. I'm gonna write about this in my next book. Here's the photos he's been threatening me with, in other words here's my boobies."

Fans too were extremely supportive and responded with positive messages congratulating the celebrity for dealing with the situation head on.

"Babe dont let them control you. We are all here for you. We got you. Karma will find its way," one user wrote. "You took the power back from this piece of shit. That's real strength. I love you," another added.

@bellathorne You took the power back from this piece of shit. That’s real strength. I love you.
— Hunter Moreno (@Hunter Moreno)1560611838.0

Over the years, threatening celebrities by hacking into their private photos has emerged as a disturbing and sickening trend. Many including likes of Jennifer Lawrence, however, have been extremely vocal about it.