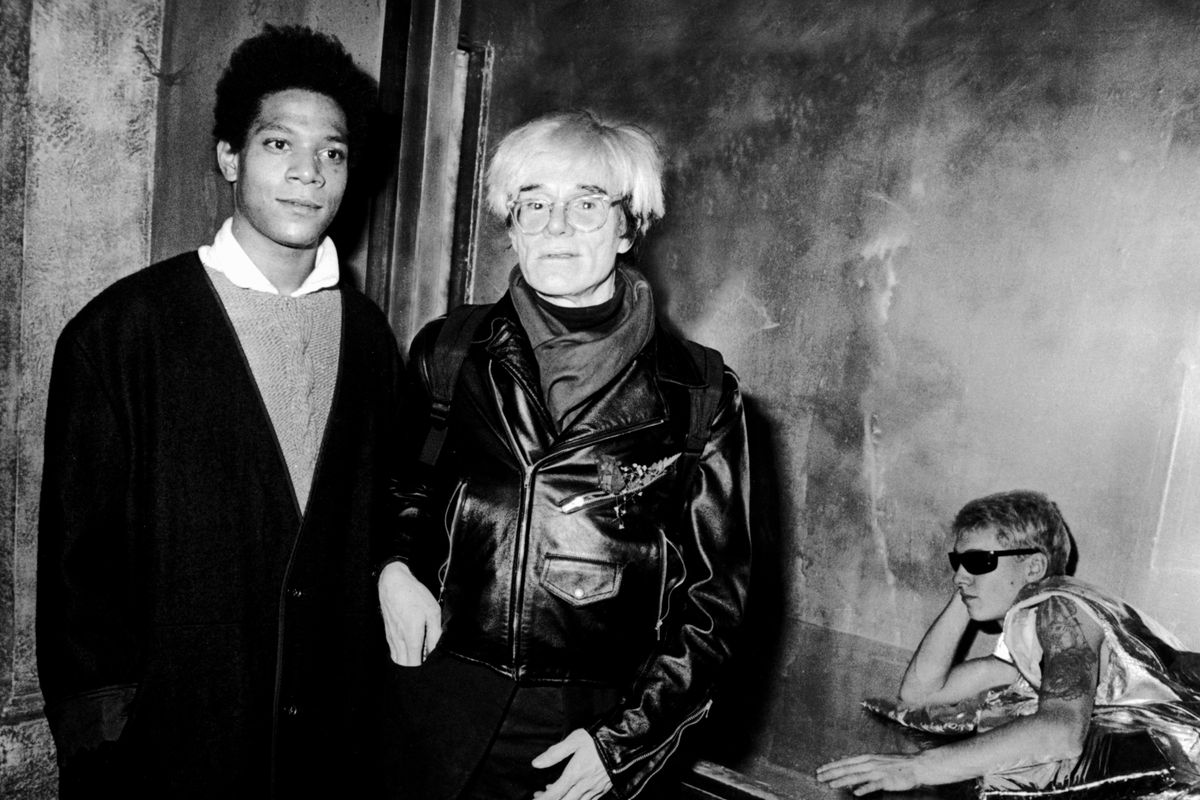 A Basquiat Musical Is Coming

New York artist and street-painter Jean-Michel Basquiat sold his first painting at 21 and died when he was just 27, but few artists have been so profoundly and rapidly icon-ified in our culture. Rappers Jay-Z, ASAP Rocky and Frank Ocean drop his name in their lyrics; David Bowie, Madonna and Johnny Depp notoriously own his work; and he posthumously broke the Internet last year when his 1982 painting of a skull sold for $110.5 million, becoming the most expensive work ever sold by a U.S. artist

There's already a hefty IMDB page of films (including a 1996 biopic starring Jeffry Wright as Basquiat and David Bowie as his mentor Andy Warhol) exploring the queer icon's legacy, but finally, Basquiat will get the Broadway treatment.

It's been announced that Jon Batiste, bandleader and musical director for The Late Show with Stephen Colbert is developing the music and lyrics for a Broadway-bound musical inspired by Basquiat's life and art, Billboard reports. Batiste has long cited Basquiat as an influence, even using one of his paintings, "Hollywood Africans," as the title his newest album.

Excited to announce that I’ll be writing the music & lyrics for the upcoming Broadway musical inspired by Basquiat’… https://t.co/yUptcmkWsf
— jon batiste (@jon batiste)1537908964.0

Batiste said of the project: "I want people to leave this show inspired to create. I want them to not only learn about Jean Michel Basquiat, an innovator, but to also feel the visceral thrill of the creative process and to deepen and discover their own creativity. We have an opportunity to tell a truly profound story, full of emotional highs and lows, with unbelievable art at the center. I'm honored to work with veteran storyteller John Doyle, the Marks and the Basquiat family. We are assembling a team to help craft a boundary pushing masterpiece inspired by a true American original."

The show will be produced by Barbara and Alan D. Marks (Dear Evan Hansen) while Tony winner John Doyle (Sweeney Todd: The Demon Barber Of Fleet Street) will direct. The team is collaborating with Basquiat's estate will have access to the artists' paintings and archives.

Basquiat's sisters Lisane Basquiat and Jeanine Basquiat have endorsed the project, telling Deadline: "Over the years, many people have approached us about telling our brother's story on stage. But having discussed this project with the Marks over many months, our interest was piqued once we understood that their approach to telling our brother's story treats his life, his art and his legacy with respect and passion. With Jon Batiste and John Doyle leading the creative team, we are thrilled with the possibilities. We cannot wait to begin the developmental process. Broadway is a new world for us, and we looking forward to sharing our brother's life and art."

While we're a little disappointed it isn't looking like Lin Manuel-Miranda will be involved (so far! additional members of the creative team and of course the cast have yet to be announced), it looks like Basquiat's complex and powerful legacy is in good hands.