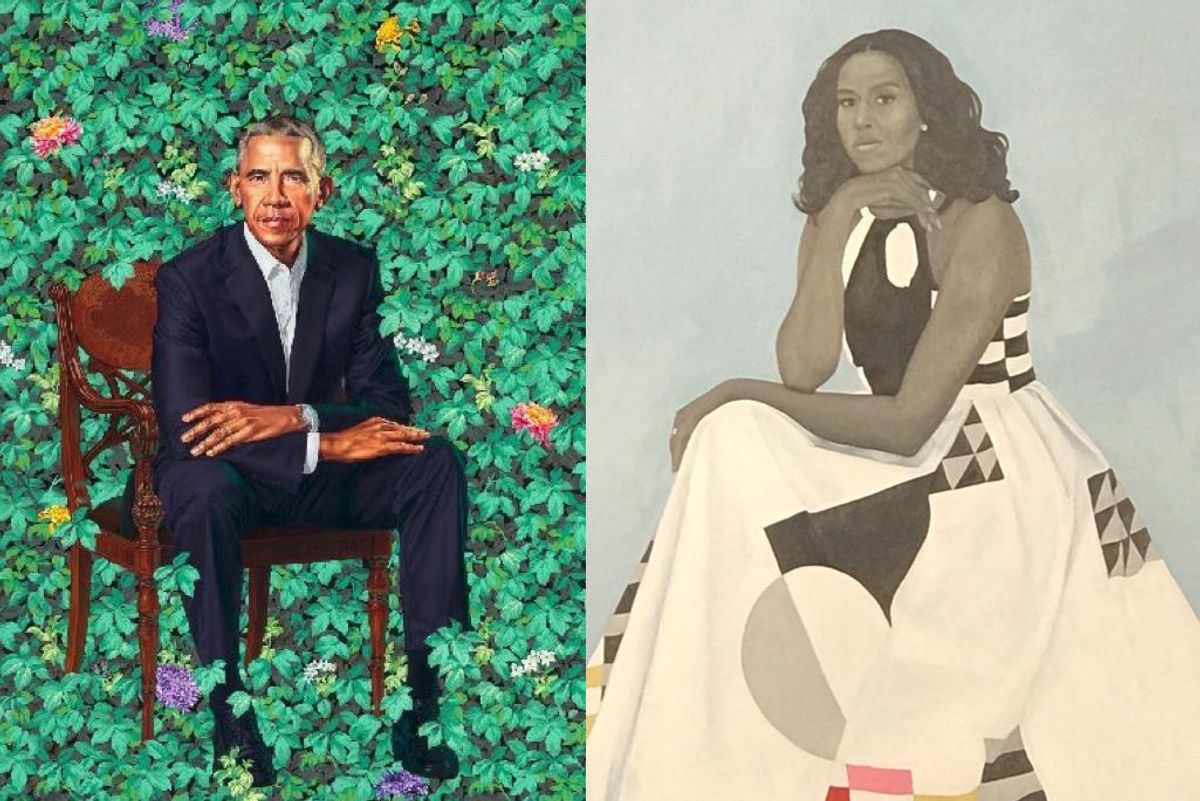 Each presidential couple is immortalized with an official portrait at the Smithsonian's National Portrait Gallery, and given that Barack and Michelle Obama were no ordinary First Couple, it follows that their portraits wouldn't be like anyone else's. The paintings were unveiled this morning right in the heart of Black History Month, and both show the former president and First Lady seated and surrounded by bold patterns and colors.

Kehinde Wiley painted Barack's portrait while Amy Sherald was responsible for Michelle's, and Barack joked that he tried to negotiate less gray hair and smaller ears. "The Hope poster by Shep [artist Shepard Fairey] was cool, but I didn't sit for it. Nobody in my family as far as I can tell has had a portrait done," Obama said. "I do have my high-school yearbook picture."

Obama also thanked Sherald for capturing his wife's "hotness," further revealing how few fucks the former president gives. Michelle was painted in the artist's signature gray scale, seated against a light blue background and sporting a purple manicure and a Milly gown.

Naturally, the memes quickly rolled in.

Anything to make it feel like they're back again.