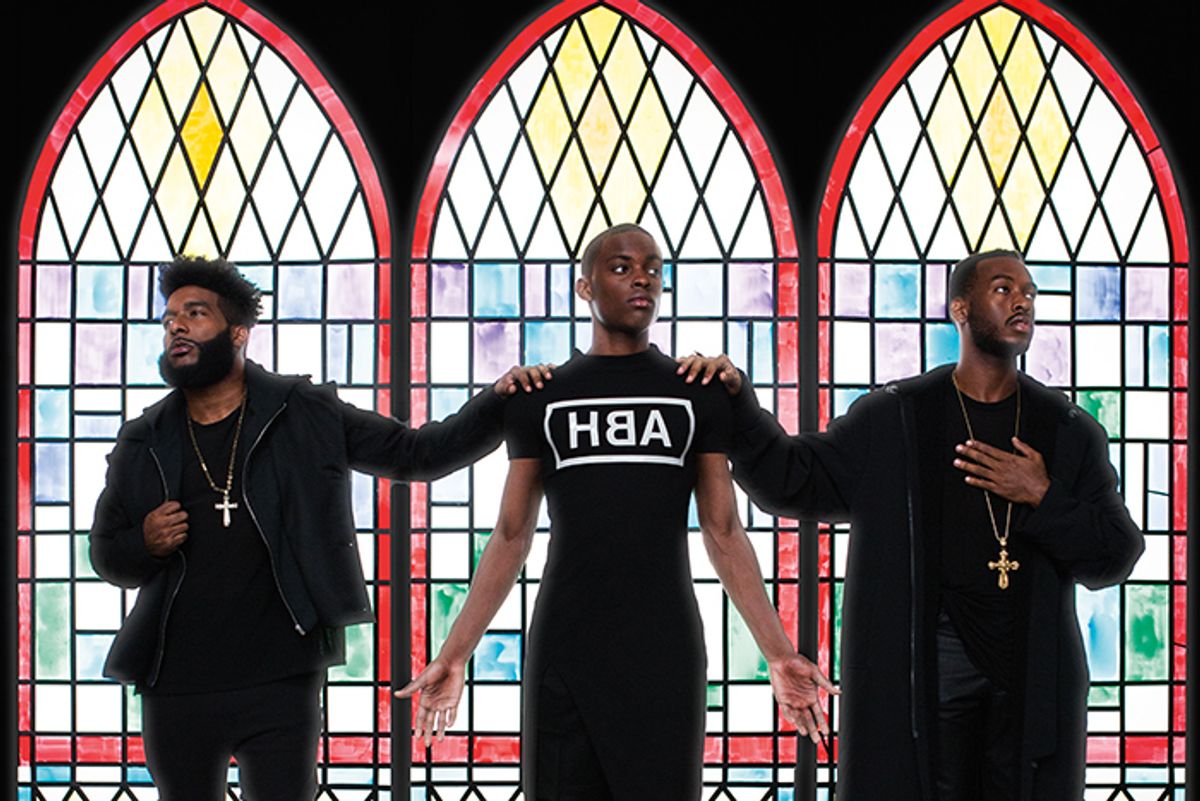 
America is a country in transition. So much of the American mythos is the notion of the city on the hill -- that we are a beacon of light for others to see our greatness, our social justice and equality. In the end, though, there have to be moments in which we step back, examine ourselves, and police our own actions. We have a black president, and that is a sign of progress in many ways, but we still read in newspapers every week about young black men because their bodies are in our streets. There's significance in that and, as an artist, I have to negotiate a response that is at once critical but also curious about how this could change. These photographs move in the direction of my aesthetic, which is decidedly art-historical, while exploring the strange intersection between that history and this particular moment in American culture.

None of this stuff is clean -- the history of art is the history of empire and social domination. As I'm co-opting the visual language of historical society portraiture, I'm very aware that those portraits, and as a result my own works, are made on the backs of every single person who came before us in the fields of Cuba, or Haiti, or Jamaica, or Brazil, or South Carolina. On some level, we're all dirty.

I stand on the shoulders of many great artists whose work emphasizes the importance of diversity in American society. Black lives matter because it's a prescient thing to highlight in this moment of cultural evolution. But black lives have mattered for thousands of years. My interest is in the now -- what does it feel like to be black in 2015?