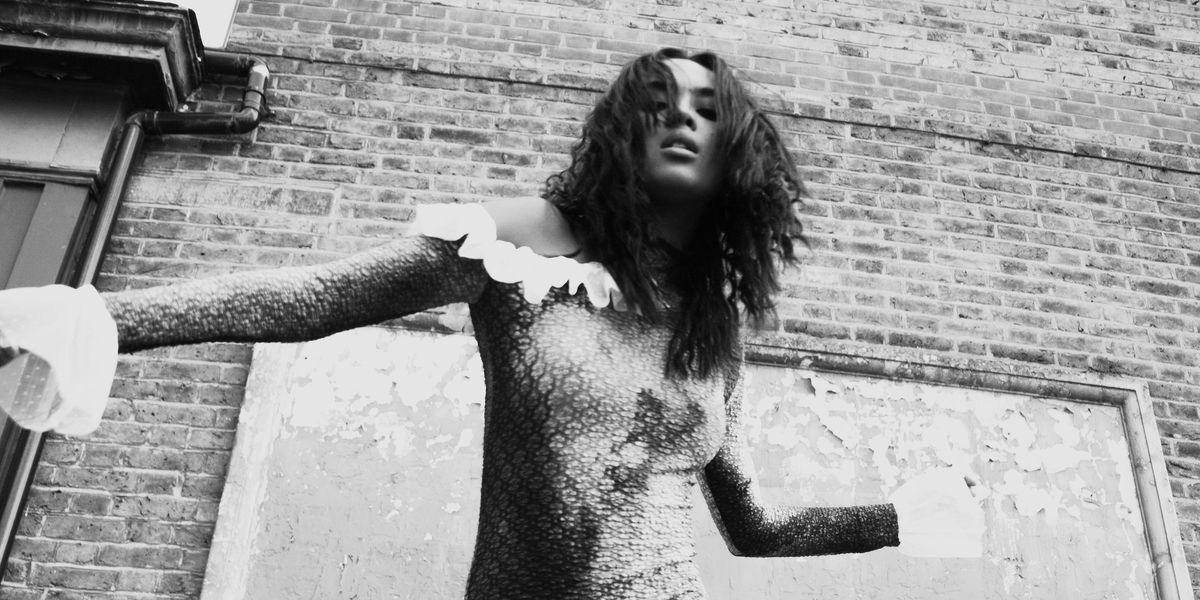 Being in a toxic relationship is one of the levels of hell in Dante's Inferno and the only way out is to realize you're actually in one. British singer Aziya details just how hard it is to do so in her new single, "Heaven For Me," and its accompanying music video, premiering today.

By showing a dreamy state, she shows how it's so easy to immerse yourself in a shitty situation. Aziya's psychedelic song goes long on familiarizing romantic struggles. Her lilting voice makes you side with her as she seemingly tries to convince not just you, but herself that her relationship isn't that bad.

Speaking to PAPER about the song, Aziya detailed its meaning: "'Heaven For Me' is a romanticized version of a toxic relationship," she said. "It tells the story of someone in love with a person plagued by their inner demons. I've tried to depict the ill fate it brings to the one in love with that person."

She continued, "It's a fairytale description of a very real scenario that happens in front of us everyday. 'Heaven For Me' as a title highlights the sad irony of this relationship; both parties seek solace in the imperfection of the relationship."

The "Heaven For Me" visual is just as mirage-like as the song itself. Aziya exists inside a kaleidoscope and throws all manner of visual tricks at the screen, leading viewers to feel off-centered and enchanted by the trance that she instills with her voice.

"I wanted the video for 'Heaven For Me' to represent the dream-like state of mind that we can transcend to if we refuse to believe the reality of a toxic romance," she said. "I wanted the viewer to view reality from this warped perspective, as I submerge deeper into a dream-like state, so too does the viewer. As the song progresses, we enter a deeper state of this fantasy, delving further into a woozy, glimmering perspective of what, in reality, is a broken relationship."

"Heaven For Me" is the second single from Aziya's forthcoming debut EP that's set to drop sometime this summer. Earlier this year, she released her first single, "Slip!," that led to her being described online as a Gen-Z rock star. For someone who just graduated from the BRIT school in 2018, Aziya's journey to musical stardom is exciting to see — and seems to be moving at a fast pace, even if she's been playing guitar since just 10 years old.

We're excited to see more of what Aziya has to offer. In the mean time, check out "Heaven For Me."