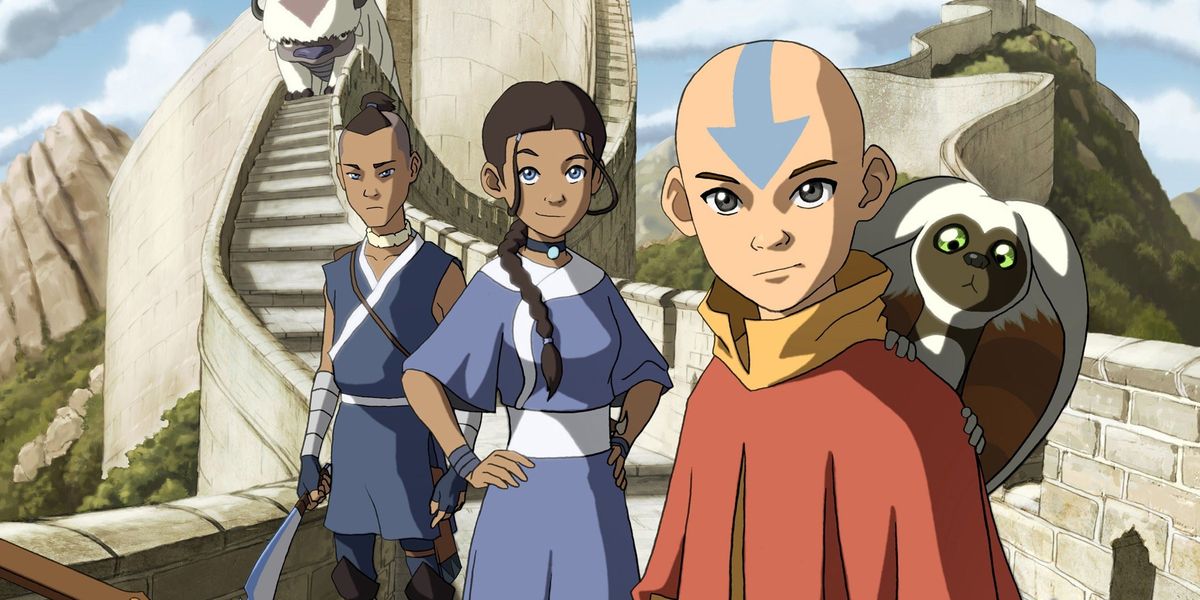 For many, one of the few bright spots in this bleak quarantine has been Netflix bringing back the original Avatar: The Last Airbender. Making the full series available for the first time on the streaming giant, the beloved show's return was a much needed nostalgic pick-me-up for a generation that grew up on it and a new obsession for those that missed out the first time around. The fandom was revived, discourse and ship wars started back up.

Bringing back Avatar: The Last Airbender has been a run away success for Netflix, so much so that they even decided to bring back the series' sequel, The Legend of Korra, which hits the service tomorrow. But they aren't stopping there, it turns out Netflix has been working on their own live action adaptation of Avatar: The Last Airbender too. We all know how well that went the first time around, so news that Netflix had tapped the animated show's original co-creators, Michael Dante DiMartino and Bryan Konietzko, to steer the ship was a promising step in the right direction. Now it looks like that once again may be jeopardy.

In a statement released by DiMartino, the co-creators announced that they would be leaving the show citing frustrations with Netflix over creative differences. "When Bryan and I signed on to the project in 2018, we were hired as executive producers and showrunners" he writes. "In a joint announcement for the series, Netflix said that it was committed to honoring our vision for this retelling and to supporting us on creating the series. And we expressed how excited we were for the opportunity to be at the helm. Unfortunately, things did not go as we had hoped."

DiMartino goes on to acknowledge that setbacks and roadblocks are a reality of any production process but explains that it reached a point where he needed to just cut his losses and leave. "I started to reevaluate what is truly important in my life and what I wanted to do with what's left of it. I took some advice from Uncle Iroh. I looked inward and started asking myself the big question: 'Who are you and what do you want?'"

DiMartino stresses that his departure does not mean that he won't continue to be involved with the Avatar universe but adds, "what I can be certain about is that whatever version ends up on-screen, it will not be what Bryan and I had envisioned or intended to make." He ended his open letter with one last kernel of Iroh wisdom, "Sometimes life is like this dark tunnel. You can't always see the light at the end of the tunnel, but if you just keep moving you will come to a better place."

Netflix responded to DiMartino and Konietzko's departure with their own statement saying,"We have complete respect and admiration for Michael and Bryan and the story that they created in the Avatar animated series. Although they have chosen to depart the live action project, we are confident in the creative team and their adaptation." And as long as they keep M. Night Shamylan nowhere near the project, there still might be hope.