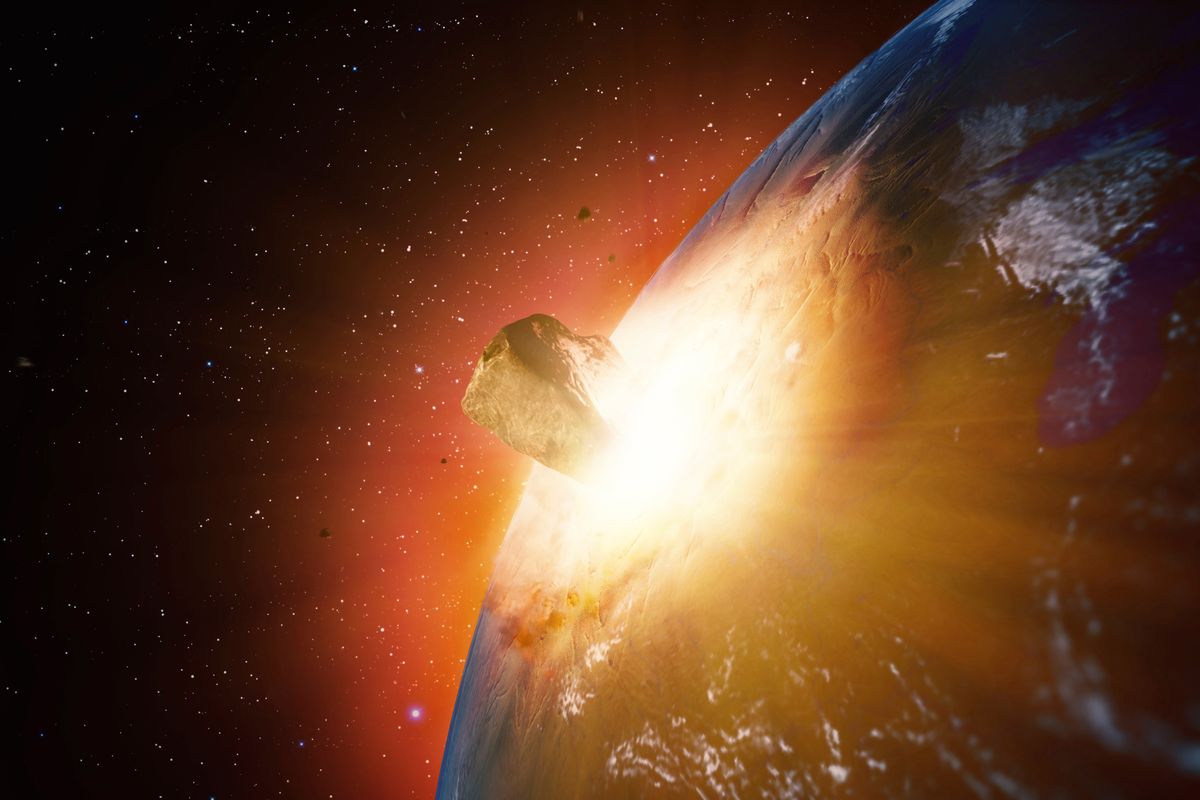 An Asteroid Might Hit Earth Right Before Election Day, Because Why Not?

It's 2020 and an asteroid is reportedly set to collide with Earth the day before Election Day because obviously, this election wasn't chaotic enough. According to NASA, an asteroid named 2018VP1 could get as close to 4,700 miles to Earth on November 2nd, which for context, is closer than the moon and many space satellites.

2018VP1 is about two meters wide and traveling through space at a speed of 21,000 miles per hour. Researchers have been tracking the asteroid's trajectory since November 2018 at the Palomar Observatory in California.

So what does that mean for us, exactly? Well, first off, it's important to note that the chance of the asteroid actually colliding with Earth currently stands at 0.41 percent. And if that one in 240 chance materializes, 2018VP1 would be mostly disintegrated by the Earth's atmosphere, making the asteroid a pretty insignificant threat.

So, in short, we have much more pressing things to worry about during this election, and an asteroid is not one of them. As Trump and Biden face-off, there have been reports of the Trump administration taking part in voter suppression and plans to cut funding to the USPS during an election that is most likely going to be ruled by mail-in votes due to the pandemic.

As of late, Biden has been polling better than his opponent but if the last election has taught us anything, it's that we cannot be complacent. Still, Biden has held a 10-point lead over Trump at his most popular, and is performing well in Michigan, Pennsylvania and Wisconsin, all states that were significant to Trump's win in 2016.

Point being, after a global pandemic, murder hornets and the return of the plague, an asteroid should be the least of our concerns during this monumental election. So get out there and vote, early if you can! That way, there's absolutely no risk of getting hit by 2018VP1 before you can cast your vote.