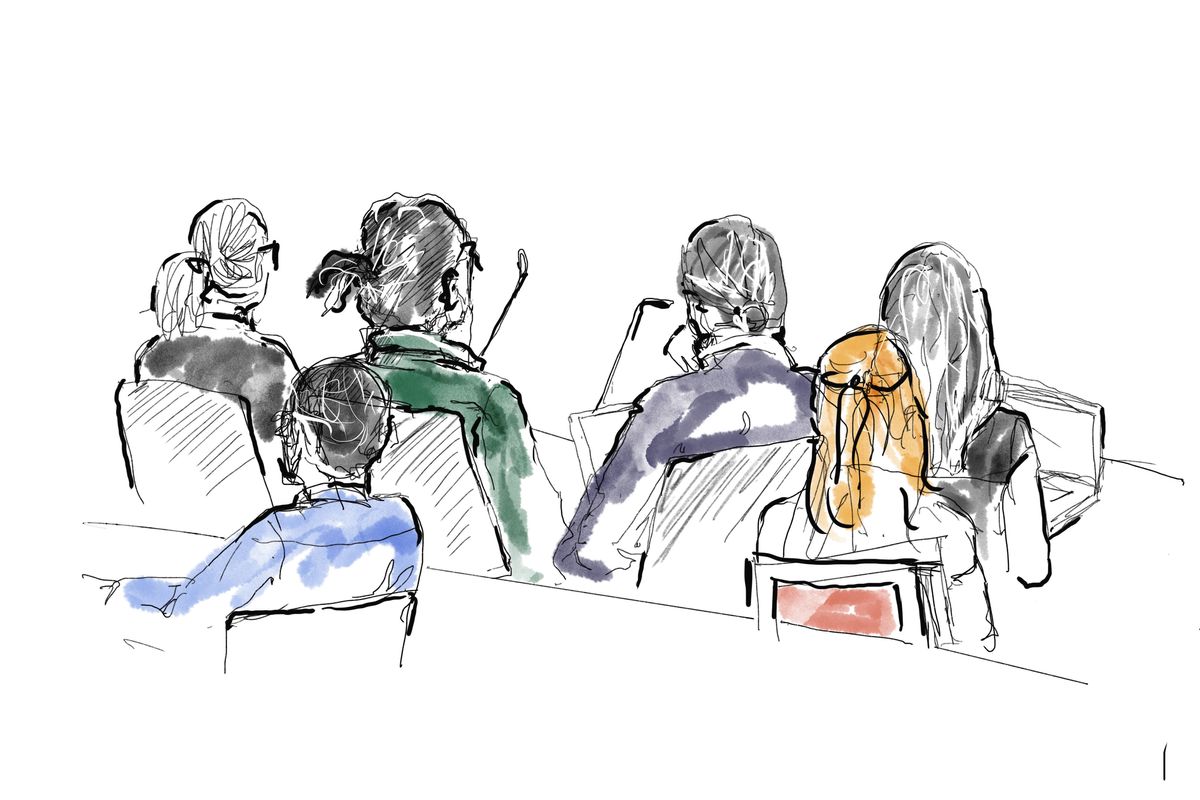 The A$AP Rocky assault trial continued in Sweden this morning. The rapper plus two members of his entourage, Bladimir Emilio Corniel and David Tyrone Rispers, are charged with allegedly beating up 19-year-old victim Mustafa Jafari on the streets of Stockholm. Testifying on the stand, A$AP said that he and his crew were provoked in the attack, and never intended for things to get violent.

According to CNN, the rapper said he'd been "scared" of Jafari and another man who accompanied him. He'd suspected the two men were on drugs, which made them more intimidating. In A$AP's version of events, the duo followed him and his crew around Stockholm and refused to leave. Eventually they started getting physical with the musician's personal bodyguard.

"Things got a little weird. We thought that the behavior of these guys was strange, it got a bit scary," A$AP recalled. "At this point we are really scared. I saw my security guard being cut, bleeding. We didn't know what to expect with these strangers — I'm not from Sweden, so it was really scary."

This is where the timeline gets confused. A$AP and his entourage started beating up Jafari, and prosecutors allege A$AP smashed a glass bottle on him, causing serious injuries. The rapper admits to jumping the alleged victim, but told the court he "didn't break any bottles." He does say he, Corniel, and Rispers were holding up bottles in order to scare away the two men.

Much of the brawl was captured on phone cameras, but there's no footage of A$AP smashing any glass — although according to TMZ, prosecutors think A$AP's assistant told him to delete all incriminating videos. When explaining why he was so intimidated by the two men, the rapper pointed to prior incidents.

"You got to realize my life is very unique and particular," he told the court. "I've been stabbed in the face and my home has been robbed at gunpoint twice. That's why I have security."

The #FreeA$AP campaign, which has drawn support from President Trump via his favorite adviser Kim Kardashian West, continues. Machine Gun Kelly is even boycotting Swedish Fish in solidarity! A kind gesture and also a pointless one, as Swedish Fish aren't manufactured in Sweden.

If convicted, A$AP Rocky and his crew members could face up to two years in prison. If found not guilty, Sweden may be liable to compensate them for lost tour profits in the millions.