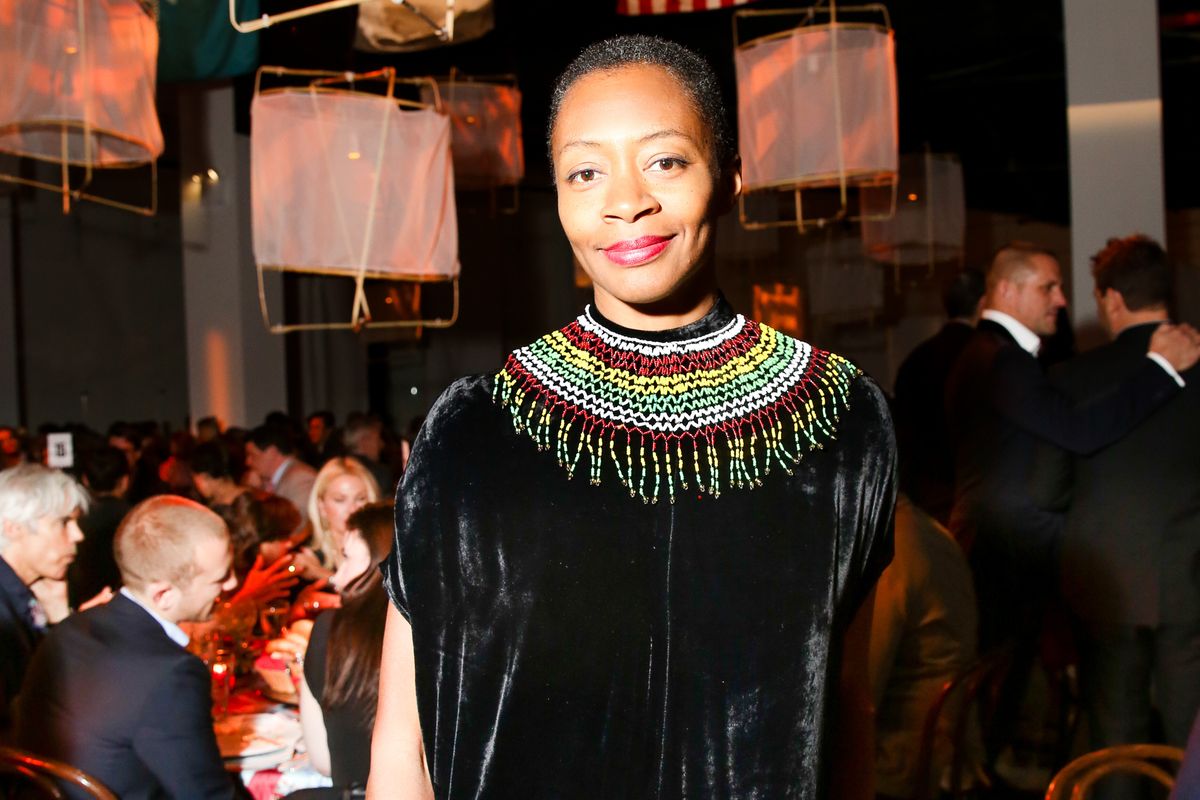 Artist Kara Walker Is Fed Up with Being a Role Model

Artist Kara Walker's visibility as a public figure rose sharply after the success of her sugar sphinx works, and now she says she's tired of it. In the artist statement for her latest exhibition - a show of paintings and drawings at Sikkema Jenkins & Co. - Walker writes, "I know what you expect from me and I have complied up to a point. But frankly I am tired, tired of standing up, being counted, tired of 'having a voice' or worse 'being a role model.' Tired, true, of being a featured member of my racial group and/or my gender niche."

It's too much, and I write this knowing full well that my right, my capacity to live in this Godforsaken country as a (proudly) raced and (urgently) gendered person is under threat by random groups of white (male) supremacist goons who flaunt a kind of patched together notion of race purity with flags and torches and impressive displays of perpetrator-as-victim sociopathy. I roll my eyes, fold my arms and wait. How many ways can a person say racism is the real bread and butter of our American mythology, and in how many ways will the racists among our countrymen act out their Turner Diaries race war fantasy combination Nazi Germany and Antebellum South – states which, incidentally, lost the wars they started, and always will, precisely because there is no way those white racisms can survive the earth without the rest of us types upholding humanity's best, keeping the motor running on civilization, being good, and preserving nature and all the stuff worth working and living for?

Anyway, this is a show of works on paper and on linen, drawn and collaged using ink, blade, glue and oil stick. These works were created over the course of the Summer of 2017 (not including the title, which was crafted in May). It's not exhaustive, activist or comprehensive in any way.

The statement from the show itself is similarly knowing:

Sikkema Jenkins and Co. is Compelled to present The most Astounding and Important Painting show of the fall Art Show viewing season!

Collectors of Fine Art will Flock to see the latest Kara Walker offerings, and what is she offering but the Finest Selection of artworks by an African-American Living Woman Artist this side of the Mississippi. Modest collectors will find her prices reasonable, those of a heartier disposition will recognize Bargains! Scholars will study and debate the Historical Value and Intellectual Merits of Miss Walker's Diversionary Tactics. Art Historians will wonder whether the work represents a Departure or a Continuum. Students of Color will eye her work suspiciously and exercise their free right to Culturally Annihilate her on social media. Parents will cover the eyes of innocent children. School Teachers will reexamine their art history curricula. Prestigious Academic Societies will withdraw their support, former husbands and former lovers will recoil in abject terror. Critics will shake their heads in bemused silence. Gallery Directors will wring their hands at the sight of throngs of the gallery-curious flooding the pavement outside. The Final President of the United States will visibly wince. Empires will fall, although which ones, only time will tell.

Check out the show, running from September 7 to October 14, and see for yourself.