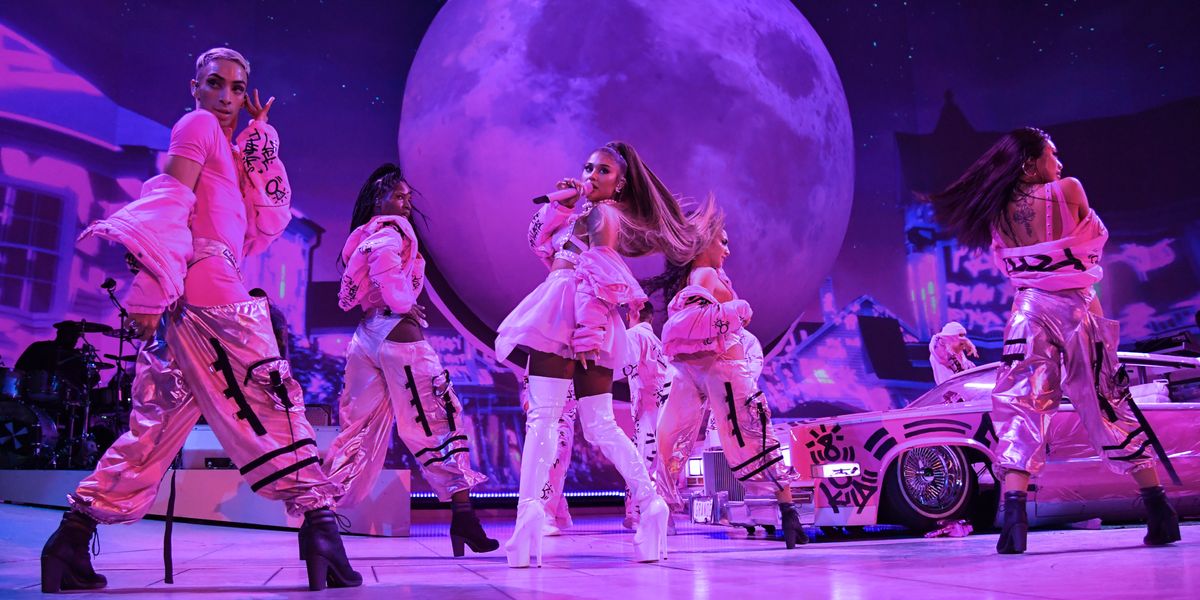 According to court documents, the store was in discussion with Grande about an endorsement deal earlier this year, but they weren't willing to pay her fair market value — basically, they couldn't afford her, so the pop star declined the deal.

Instead of partnering with a different celeb, the brand went ahead and began selling a copycat product of the club-bun puffs she wears in her "7 Rings" video, advertising them on a model with serious Ari vibes.

The legal complaint was filled with all the shade you would expect from the people representing America's most beloved high pony. The section titles in the document formally drag the company, progressing from "Ms. Grande's Fame and Influence," to "Forever 21's Declining Success," to "Defendants Resort to Unlawful Conduct as a Desperate Attempt to Stay Relevant and Profitable."

After CNN recently reported that Forever 21 is considering filing for bankruptcy, those last two claims seem pretty hard to dispute.

But if you remember all the controversy surrounding "7 Rings" when it first came out in January, Forever 21 is not the first to be accused of stealing. Fingers were first pointed at Grande herself, with Princess Nokia calling the singer out on Instagram, saying "7 Rings" sounded like her song "Mine" which is about Brown women and their hair.

Others thought the song sounded like Soulja Boy's "Pretty Boy Swag" or Mike WiLL Made-It's "23" featuring Miley Cyrus, Wiz Khalifa and Juicy J. Some were less accusatory and just suggested "7 Rings" uses a basic flow that is commonly recycled throughout hip-hop and pop.

No matter how the lawsuit with Forever 21 ends up, Grande is likely to walk away with her lashes and diamonds in place and her 163 million followers untouched.