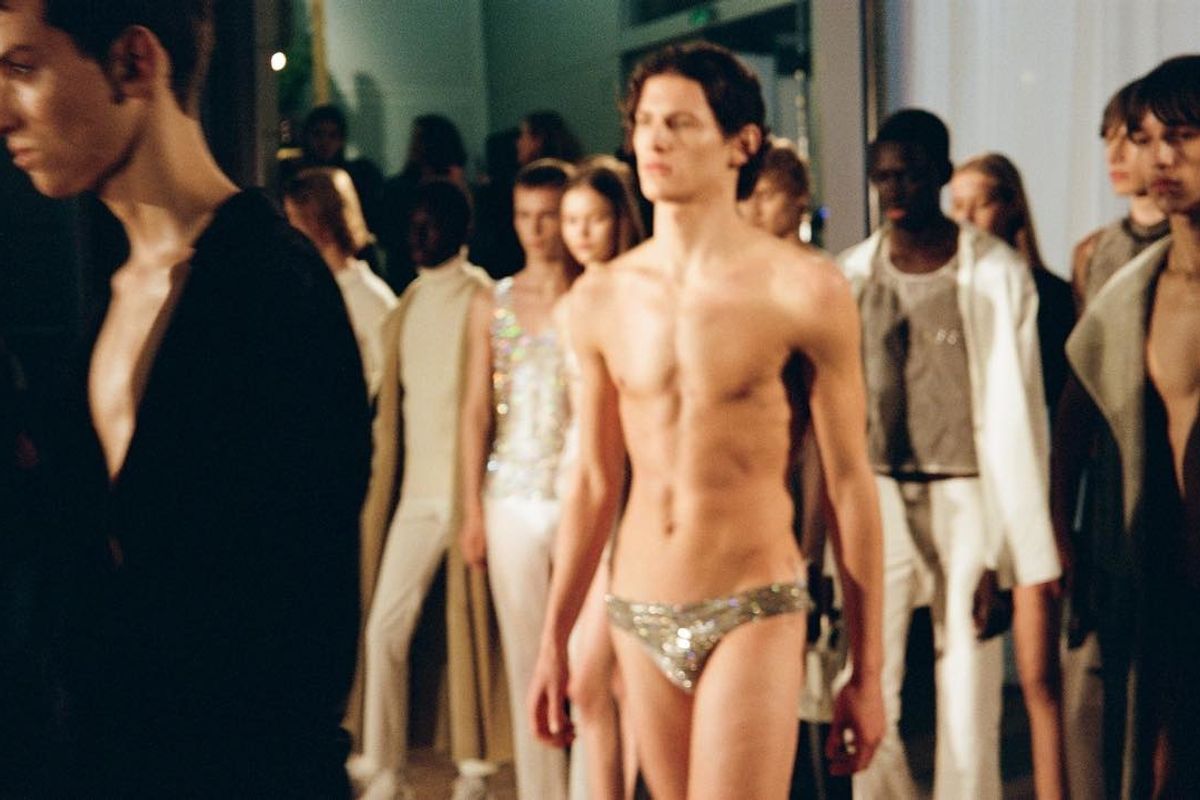 On Friday night, frequent Björk collaborator and producer Arca brought the drama to the streets of Paris, and brought even more for the Théâtre de la Ville during an experimental performance.

The Venezuelan artist, also known as Alejandra Ghersi, was seen strutting down the cobblestone streets at night with friend and fellow artist Innitbabes. Arca was wearing a tiny little black dress, paired with clear thigh-high boots, while carrying — for whatever reason — the bottom half of a mannequin.

It seems, based on the photos posted by Innitbabe, that the two were on their way to perform in honor of the DAU Institute's world premiere — specifically the Parisian arrival of a sculpture inspired by the Russian avant-garde of the early 20th century called The Red Triangle.

During the performance, which involved fog machines, strange mics, and experimental sounds, Arca was wearing the "Million Dollar Crystal Swarovski Eyelet Briefs" from Ludovic de Saint Sernin's fall 2019 collection, which made its runway debut in Paris just recently on January 20, 2019. This specific piece was the last to make its way down the catwalk, and can be described as a pair of underwear bedazzled with Swarovski crystals, and has cross-laced detailing in the front — a very fitting and on-brand look for Arca.

Designer Ludovic de Saint Sernin himself posted a photo of the artist wearing his design at the Théâtre de la Ville with the caption, "So honored to be a part a such a breathtaking performance last night by the incredibly beautiful and mesmerizing @arca1000000."

There's no doubt that this was a match made in performative fashion and music heaven. De Saint Sernin isn't one to shy away from showing a lot of skin, and discussing sexuality through his work. So, naturally, Arca, who does the same, was able to pull off the million-dollar look in a way only he can.