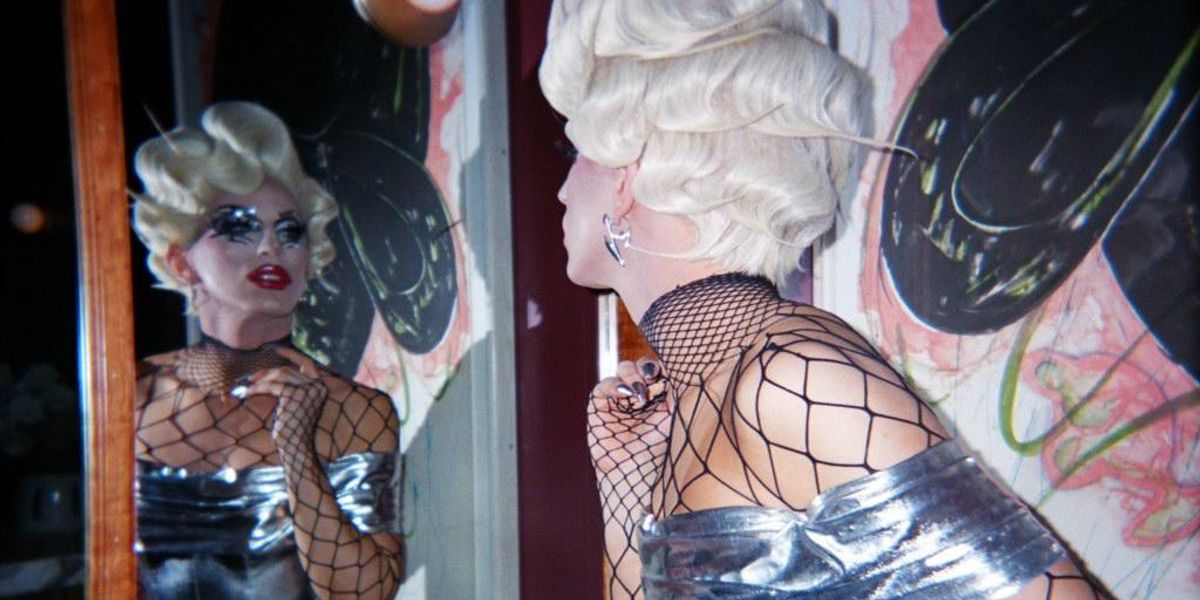 Inside Aquaria's Epic Pride Night, From No Bar to Boom Boom Room

"Where am I going? Here, there, everywhere. Uptown, downtown, around the corner. I'm working my ass off." For Aquaria, this wasn't just any Thursday night — it was Pride week, after all, and her evening was packed with back-to-back events on one of the first party-filled nights of New York's reopening (cue Lady Gaga's "no sleep, bus, club, another club" clip on repeat).

The drag superstar started off her night at newly reopened No Bar, the swanky all-inclusive bar tucked beside The Standard, East Village, where she hosted a RuPaul's Drag Race All Stars Season 6 viewing party. Shortly afterward she and her glamorous crew — including Gottmik and Miss Vanjie — dashed over to the Boom Boom Room where Madonna brought the house down to a crowd that included Emily Ratajkowski, Symone and Zachary Quinto.

PAPER caught up with Aquaria at No Bar during the calm before the storm where she dished on Drag Race, nightlife and performing.

What does a typical Pride weekend look like for Aquaria?

A typical pride weekend for Aquaria is jam packed and busy. Very hectic, a lot of joy, a lot of celebration, a lot of carrying, a lot of clowning. A lot of pretending that I'm going to find a man and a lot of community. I think that's definitely the most exciting part.

A lot of people may see the facade of drag queens online and take that as we just show up and someone comes and takes our picture and we do a little JLo number and call it a day. But it's so much more beyond that. It's all the in-between stuff you don't see that makes Pride week the most hectic.

How does it feel to be back performing and entertaining in-person again after everything that has happened over the past year?

It's going to be interesting to see because I know a lot of these queens got away with not blending or not cleaning their lace or doing some of those…choices. So, it'll be interesting to see what they can do in person again! I'm obviously very much joking, but what is most important to me is community. We certainly lost that last year. And drag as an art form relies so heavily on community, spaces and there being an audience. I know that sounds silly, but performing for a webcam is one thing, performing for a parking lot of cars is another thing. But none of those quite compare to the connection that you can make in drag, in a room full of people.

You just finished off your DJ set at No Bar. What do you love so much about DJing and where do you want to take it?

I like DJing because I have a huge passion for music. I love entertaining and bringing joy and the control freak in me likes to have a bit of power over a room. Not necessarily in a negative way, but it's really fun. And I have a lot of fun ideas on how to put songs together or create the perfect playlist for the moment. It's fun, it makes people happy. I love seeing people dance. If you're at a drag show watching me and you're up there crazy dancing, I'm probably gonna yell at you. But if I'm DJing, get your ass up, get your titties out, shake that, and let's have a good time! There's a time and a place for that and DJing is the time where I get to feel the most energy reciprocated from the crowd.

Tonight you'll be watching RuPauls Drag Race All Stars Season 6. How has the show changed since you won?

Well, since I left it's really gone downhill! Obviously, joking again. There's always these big booms and big jumps in popularity. When Season 10 was airing, we all felt like this was not the height of it necessarily, but we were like, "Oh, it can't get much crazier and busier than this." And then we see, especially with Season 12 and Season 13 recently, it just has become a whole other thing. I see these girls blossoming and doing things that even I did not have on my personal agenda. And the followers, not that the followers or the likes matter, but the followers are all crazy hot, the likes are all crazy high. It seems like everyone's getting the picture and hopefully they're subscribed to Paramount Plus so they can check out this new season!

And then the obvious question, who are you rooting for on RuPauls Drag Race All Stars Season 6?

Just off the top of my head and based on how I'm feeling today, I'm rooting for Kylie Sonique. She's so stunning, so gorgeous and what is there not to like? Just a visual enchantress and a masterpiece of human creation! I'm really looking forward to seeing Ra'Jah [O'Hara] and Akeria [Davenport] because of their banter with the camera and back and forth on Season 11 which was just the *chef's kiss* of the season.

And I would be remiss to not mention the good sis Eureka [O'Hara.] Especially after watching some episodes of We're Here, I see a much more clear, open to the world Eureka. She's in such a better head space and has really allowed herself to evolve and move past any of her struggles, drama and just really show the world some great "draggy drag." She always understands the assignment, does the job right and is a really good representation of "draggy drag!"