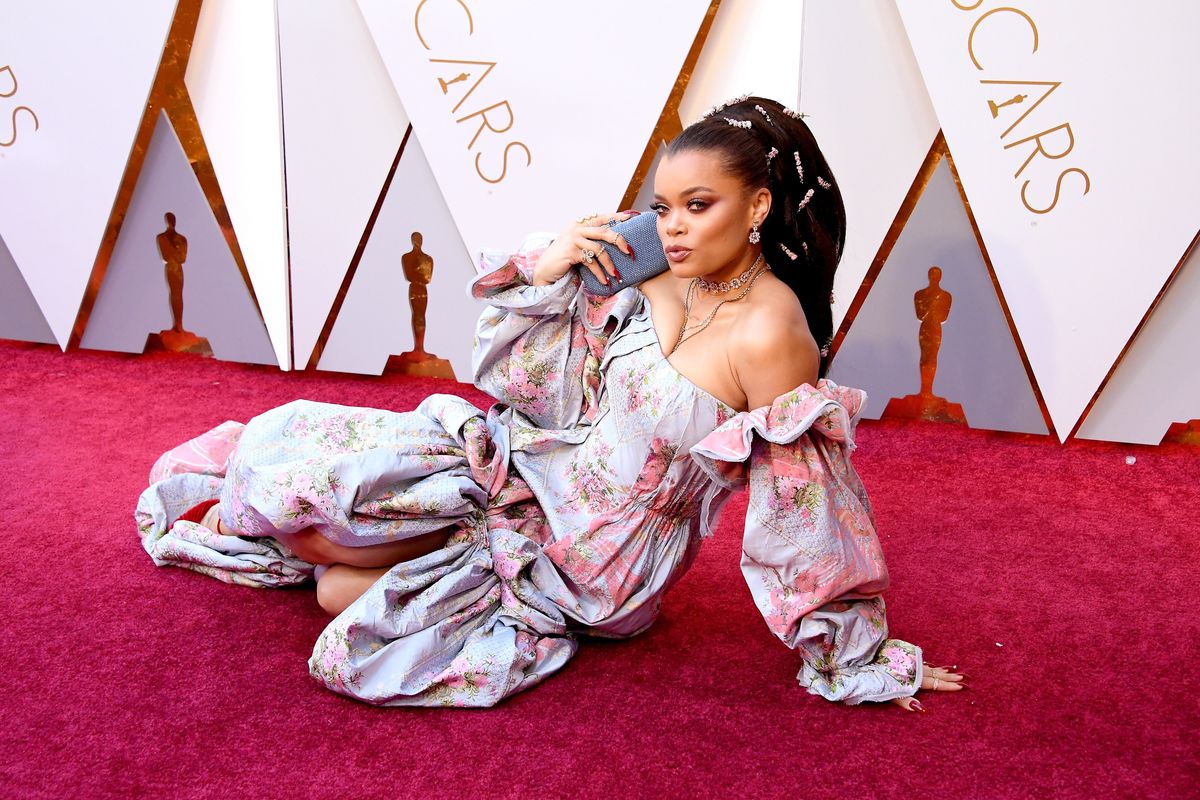 Somewhere in red carpet etiquette, it's been decided that posing for photographers should exclusively happen while standing in a stiff, sexy upright position.

However, Oscar-nominated singer/songwriter Andra Day has proposed, and successfully executed, a shift in the norm. On the red carpet tonight, she laid down horizontally and transformed the glamorous photo opp into a full-on shoot, pursing her lips and resting her clutch on her shoulder.

Here's another angle (Thank you leg):

And a subtle variation, which sees Day tilting her head ever so slightly:

She's received an Academy Award nomination for Best Original Song on "Stand Up For Something," which appeared in the 2017 film Marshall and was co-written by Common and Diane Warren. The track, Day tweeted in February, is "for all courageous people around the world to unite and make a difference."

Congratulations to Andra Day, @Common, and @Diane_Warren on their Academy Award nomination for Best Original Song on #StandUpForSomething, written for @MarshallMovie and for all courageous people around the world to unite and make a difference. #Oscars #Oscars90 @TheAcademy pic.twitter.com/tyiY3CGUf3
— Andra Day (@AndraDayMusic) February 27, 2018