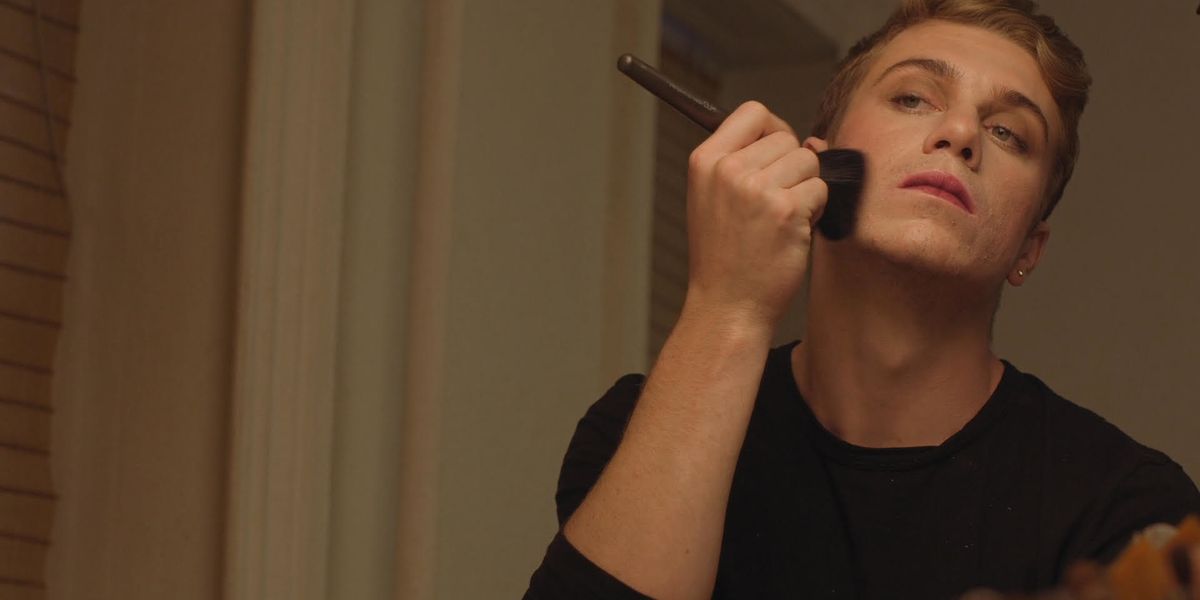 Alex Aiono's 'Her' Is For Everyone

When YouTube star Alex Aiono set out to make the video for his new single, "Her," he wanted to refresh the tired trend of heavy-handed, heteronormative relationship songs with something a bit more multidimensional. "Her" may be a melodic pop song Aiono wrote about an ex-girlfriend, but that doesn't mean a love song should be confined to its pronouns.

At least, that's what Aiono, a proud LGBTQ+ ally, believes. When making the "Her" video, Aiono decided to reach out to leading organizations within the community, including GLSEN, GLAAD, and The Phluid Project, who assisted him with diversity training, casting, and wardrobing. He was most interested in doing the work to help make his message as inclusive as possible. For the "Her" video, premiering today on PAPER, trans pop singer Mila Jam was cast as the video's muse; Aiono says Jam's "beautiful energy helped set the tone for the project."

While Aiono plays director on camera, he films a male lead and Jam, who perform some touching dance sequences in a studio together, before the lead goes back home to put on a bit of makeup in front of his dad. Regarding the femme pronoun usage in the song, to Aiono, lyrics such as "I still go back to her" can be interpreted numerous ways, given the fact that people identify with various gender identities across the spectrum. "I think the video makes the song richer and I want it to be clear to my friends in my life and around the world that my view of 'everybody' really means a safe place for everybody, regardless of who they go back to: Her, Him, Them," Aiono says. "It shouldn't matter."

Aiono also wanted to dispel the myth that his identity as a straight person would require the "Her" video to depict a heternormative love story.

"I have too many people I love and work with in my life who happen to be LGBTQ+," he says. "The assumption that every song I write or video I shoot must be first applied to 'guy meets girl' solely because that's how I identify isn't an assumption that supports the art, which should be open to interpretation... A lot of people are more fluid than that."

Jam was also in touch with The Phluid Project's founder, Rob Smith, who suggested she star in the video alongside Aiono. "I loved the idea of inspiring the lead's journey to discovering themselves," she says. "I also love how Rob and The Phluid Project curated a much needed dialogue. Queer conversations are mostly contained to queer communities, but now more than ever we must have discussions outside of queer spaces, that include more allies to grow beyond hate. It was refreshing to see an ally like Alex really listen and not try to dominate the space. I truly hope our messages and stories help shed light on how beautiful life is when we come together."

Once Jam and Aiono were brought together, the video treatment was then brought to GLAAD for additional feedback on how successfully it addressed diversity and representation. Using the "Her" video as a jumping-off point to dive into these ongoing issues, all parties organized a roundtable panel discussion with Jam, Smith, and queer media. They also participated in a PSA alongside GLSEN and LOGO, covering the dos and don'ts of representation within the LGBTQ+ community, a process Smith says was "educational and fruitful for all."

Smith says The Phluid Project's support of Aiono's art is a key part of their identity and "social code. "We are all teachers and we are all students," he explains. "Phluid's community is as powerful as our allies — and their support is paramount in today's political and socio-economic climate. Collaborating with an ally like Alex was both humbling and gratifying... Connecting Alex and Mila was not only rewarding, but a match made in heaven. Their energy and mutual respect was infectious, in their mission for the greater good."

Watch Alex Aiono's "Her" video, below.