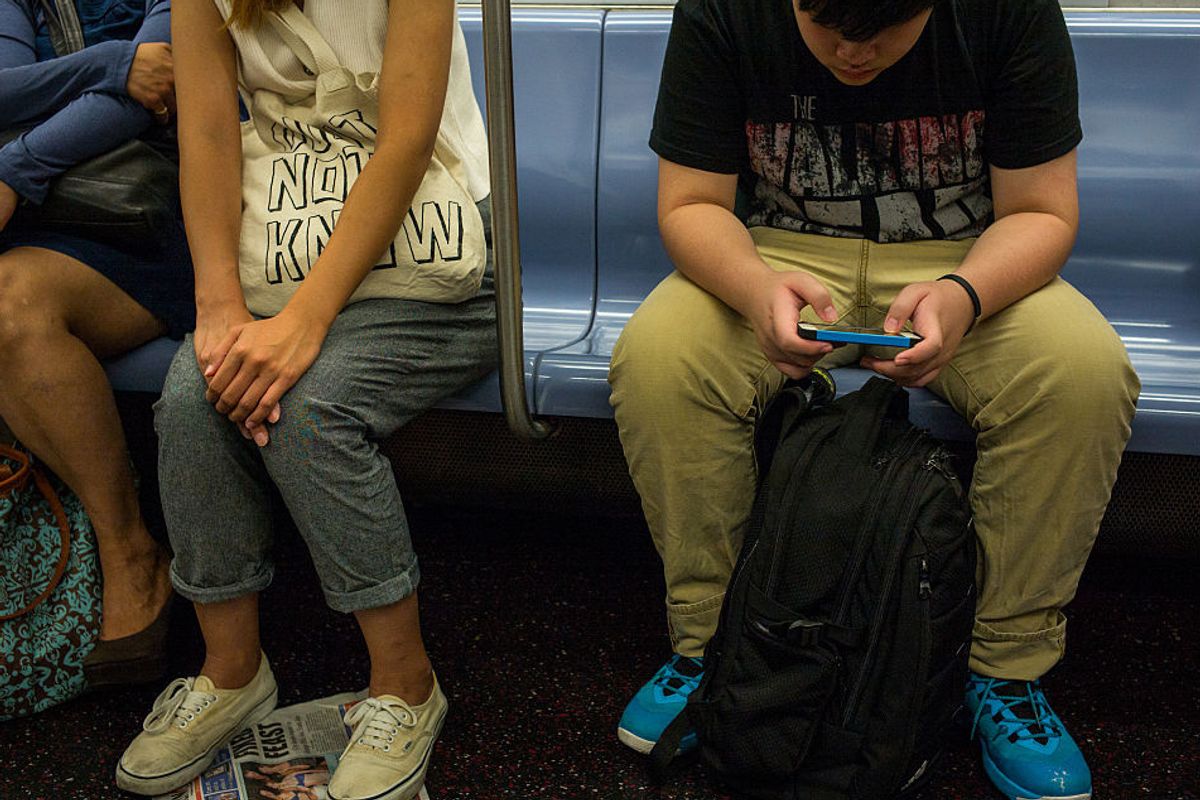 Just when you thought riding the MTA during this "Summer of Hell" couldn't get any worse, men have found a new way to harass unsuspecting riders via the AirDrop function on their iPhones.

The New York Post reports that riders have been receiving unsolicited (are they ever solicited?) dick pics from strangers via AirDrop. Britta Carlson, for instance, was riding the 6 train uptown on July 27th when she received a mysterious request that read, "iPhone 1 would like to share a note with you." After hitting accept, Carlson was greeted by "a huge close-up picture of a disgusting penis." Fun!

"It really felt like someone had actually just flashed me," she said.

Sex-addiction therapist Brad Salzman told the Post that anonymously AirDropping a dick pic is actually a lot like flashing. "In the past, flashers would have to go out in public in a trench coat and risk getting arrested," Salzman told the Post. "Now...their minds can run wild."

This disturbing trend was first reported by Londoners riding the Tube in 2015, and apparently men aren't safe from it either. The Post also spoke with Frankie Navisch of Harlem, who received a one such lewd photo just after getting off the train at Penn Station.

"I wanted to punch him in the mouth for carelessly buckshotting genitalia to phones that could potentially be owned by children," he said. "Was he looking for interaction, or is all he wanted was someone to look at his mini-monstrosity?"

AirDrop's default setting is "Contacts Only," though users can change that to "Everyone." If you're settings are open and you're within Bluetooth range (about 328 feet) of a dick pic wielding attacker, though, you may be in trouble.

Change those settings, y'all. And flashers - please keep your dicks (and their pics) to yourselves.