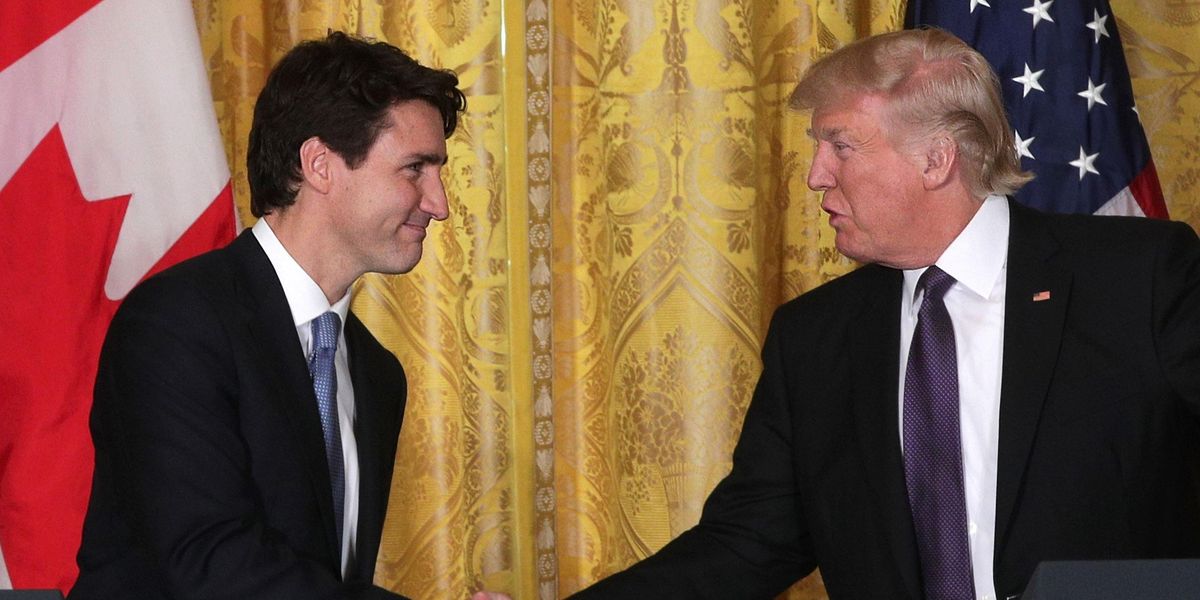 After Meeting Justin Trudeau, Donald Trump Did What Many of Us Would Do

Most presidents have a seemingly endless line of contact points designed to filter out non-pressing issues — since the president has a pretty big job to do in leading the country. Donald Trump isn't your usual president though, and as is such, he's developed a habit of handing out his personal cellphone number to other world leaders. For the most part, such a decision wouldn't phase us — other than the fact that, you know, it goes against traditional protocol and also puts our entire country at risk of imminent attack — but with news of who he's been contacting privately, we have to admit: we're a little jealous.

According to former U.S. officials who have been privy to these exchanges, so far, out of an undisclosed number of people who have been gifted with the president's seven digits, the only person who has taken advantage of this ridiculously unorthodox approach to presidential propriety is Canada's current Prime Minister, the adored-by-the-internet Liberal Party leader Justin Trudeau. I don't know about you, but I'd like to have my own private conversations with him. Unsurprisingly, the other adored-by-the-internet politician, France's newly elected president Emmanuel Macron, was given Trump's direct line as well, but no official word has leaked on whether or not he would ever use it.

As is more closely discussed in Cosmopolitan's report, the primary issue with using these personal lines for communication between high-powered government officials is one of national security. Individual cellphone lines are susceptible to "eavesdropping," and, as Donald Trump once accused former president Barack Obama of doing to him, wire-tapping — meaning that any conversation the president has with another official could be less-than-securely-private. Alternatively, secure lines are available for such conversations in the "White House Situation Room, the Oval Office, and the presidential limousine."

Jesus, Trump. We all want private conversations with Justin Trudeau and Emmanuel Macron, but you have a country to run!