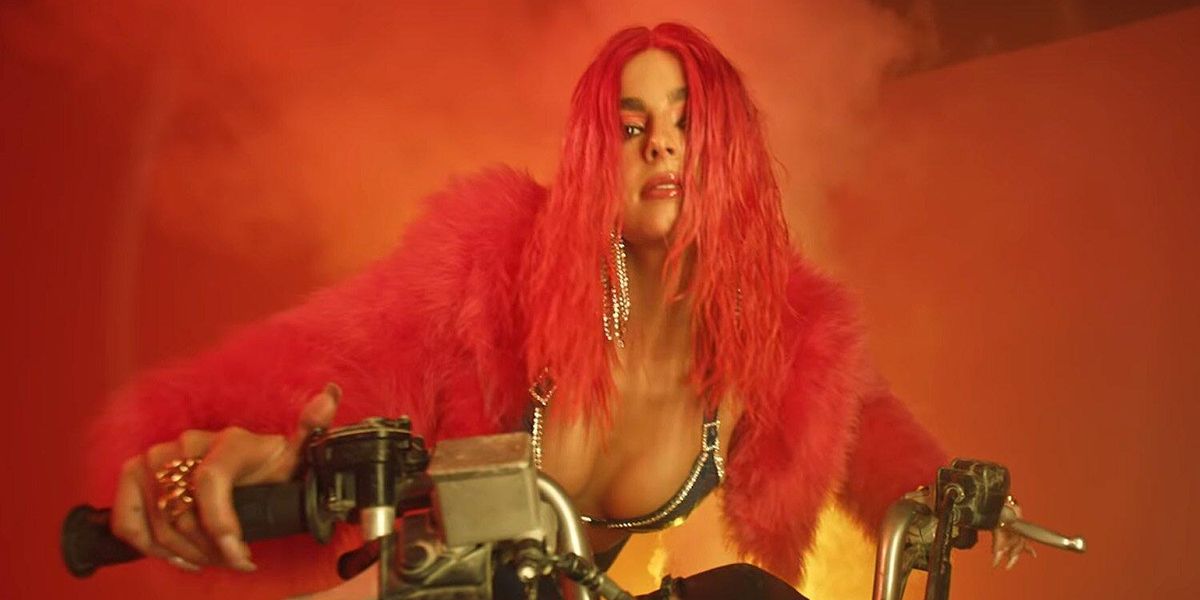 Following her debut single, "Obsessed," which pulled together an all-star team of songwriters and producers, Rae's already working on an EP and collaborating in-studio with more of music's biggest names to create the magic.

Speaking with Variety, Rae talked about working with Charli XCX, who previously praised her on Twitter as a "great popstar" that "comes up with great lyric concepts" comparable to her own cult smash, "Vroom Vroom."

Rae also detailed her songwriting process and how she's improving as a musician. "I've been songwriting a lot more, and learning more about production and the more intricate parts of music, instead of just performing," she said. "I have four songs right now that are ready and I'm really excited to share."

She continued, "I've been getting in the studio with so many different creatives that I've always looked up to and have been inspired by, and even people that are up -and-coming producers and songwriters."

"I'm super confident in it," Rae said. "And the best part is, at the end of the day, I love my music, so I can't wait to share that with the world because it's something that I love deeply."

Until new music comes, you can head over to TikTok for more from Rae — or you can tune into He's All That on Netflix, out August 27th, when she makes her feature acting debut.