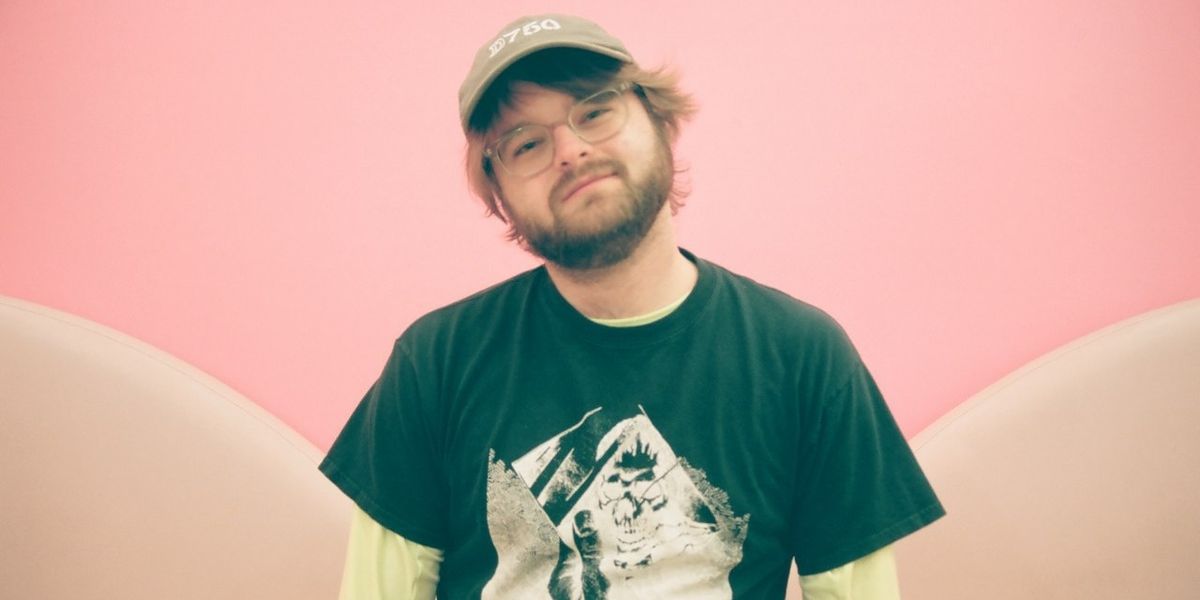 Sometimes the greatest treasures in life are ones that are criminally under-appreciated. Jack Vanoudenaren, better known by his stage name ABSRDST, has built up an exhilarating music repertoire since 2012 with a string of well-bodied projects and progressive collaborative tracks. The producer's most recent album, Imaginary Friend (2018), demonstrates an evolved form of his artistry and marks his most honest work to date. ABSRDST not only creates a safe space for self-exploration and self-discovery, but also dissects his experiences as a member of the queer community and the effect that has on his life.

A few months ago, I took to Twitter to express my admiration for Imaginary Friend to ABSRDST, and got the opportunity to chat with the unsung musician directly. ABSRDST suggested we connect on Discord, a popular communication platform for video gamers, which seemed on-brand for an artist whose musical influences draw heavily from classic Nintendo games like Donkey Kong Country. "Producers are naturally nerdy folks," he says, and looking back to his first few albums, such as Home Sweet Home, the vintage video game inspiration was present.

But ABSRDST has launched more than eight releases in the past 6 years, not to mention working directly with Victoria's Secret for multiple campaigns, and a handful of collabs with other artists like Diveo (whose 2015 track, "We're Beautiful," has gone No. 7 in the world on TikTok). So his music has inevitably transformed since debuting.

Imaginary Friend stands out against the rest of ABSRDST's discography, and for a good reason: The project's sonic direction veers from his traditional process of exploring instrumentals, and focuses more on vocal production and lyricism. He describes his earlier projects as moodboards, whereas Imaginary Friend features nine pop songs with structure. That's the difference from when he first started, to where he is now.

ABSRDST is aware of how well the album has resonated with fans, based on streaming statistics and social media admiration. But the music industry's lack of support, let alone little-to-no acknowledgment from queer-focused publications, have admittedly made it difficult for the artist to have love for an industry he's not getting any validation from.

"Imaginary Friend started when I had a really fun time with someone, and then they treated me like shit. After that, I got kicked out of my house, had a dead-end job, and didn't know what to do," ABSRDST says. "It hurt me twice as much when I put this music out and had all these blogs reject it. I was like, 'Aren't you guys looking for queer stories?' This is a real thing that happened to me because I'm gay — this is my life. I feel like the only people you'll blog about are people who make party music that focus on the individual queer identity rather than the queer experience."

Do you think there is a solution to the lack of support for certain artists and communities within the music industry?

I can't speak for solutions, but I have observed a weird disconnect between leftist ideology and capitalist action. On the surface we're all sex-positive, trans-inclusive gay rights activists, but at the end of the day the artists that are really doing well within the queer community are a lot of the same kind of artists. I've been asking myself, What has my identity taken from me? It's weird because it seems regressive. We've become so pro-LGBTQ, but there's a certain point that feels like I've become a one-dimensional joke, and it's my own design. The gay community doesn't represent every gay person.

The furry fandom. There's still this awkward fumbling where people in the non-furry queer community feel like they can't engage in that content or that they can't find a way to sell furry fandom. You'll see these weird think pieces where they insist that furries are not about sex, which they very much are. If we're being leftist and sex positive, then we shouldn't present this idea that they shouldn't do it for sex. You'll never see any serious art publication talking about the fandom as if it's a genuinely important part of queer culture. When they do, they're just mocking how weird it is, when it's really not that weird.

Do you consider yourself a furry?

At this point I'd feel dishonest not to at least claim some fandom association. I know that's the idea people are going to get and that's partially because my work attracts a lot of furries, because furries are some of the only people who consume gay illustrations.

The ABSRDST brand mascot is a gay cartoon duck, which makes cameos in music videos and on various merch. But for him, it's less about visibility and more about normalizing LGBTQ experience. Growing up queer for ABSRDST meant misrepresentation, or no representation at all, of queer lives in mainstream media. That's why on tracks like "Frequency (B2B)" ABSRDST plays around with the hetero-bromance archetype of back-to-back DJ sets by introducing intimate, gay narratives.

"When people see Micky Mouse and Minnie Mouse holding hands, people think, Oh it's just Disney, they're just cartoons," ABSRDST says. "But the second they see gay cartoons, they immediately prescribe some kind of weird fetishism to it. I had to read and write a lot of fan fiction for the shows that I watched because I didn't feel included in them. One of the harsh things about being gay is the inability to act out stories that we grow up with until we're way older. When I was young, I didn't get to explore sex and romance the way that straight people do. I wanted to give something that people can dance to the same way that any pop song would tell straight kids it's alright to have feelings for each other."

The New York-based artist is his own manager. He produces/mixes/masters his own tracks, chooses who he wants to collaborate with, designs his own merch, and makes 100 percent of profits from his songs. Though once signed to the Skrillex-owned label NEST (a situation that eventually became undesirable), ABSRDST now feels that labels aren't right for him.

"Labels should operate the same way Charli XCX does," he says. "She doesn't claim to be a vanity label but she gets all these great producers together to make these amazing albums, and when she goes on tour and throws parties she puts those artists on her show as her openers. To me that's the kind of generosity that [vanity labels] should be giving to their artists rather than saying, 'Let's see how this goes, and if it doesn't do well then we won't help you.'"

When asked what advice he would give to aspiring artists, ABSRDST's answer is simple: YouTube. "YouTube is the future," he says. "If you can win on YouTube you can win in real life." In a time when everything is The Internet and technology has taken a permanent role to our lives, ABSRDST is right. But the creative process for YouTube content creators differs slightly from musicians. Through the experience of his own and those around him, breaking into music also involves engaging with another vital platform. With recent writing camps and gigs alongside names like PC Music-signee umru and future pop visionary Dorian Electra, ABSRDST has advanced his career on Twitter — a tool that's built meaningful artist-to-artist relationships that are worthwhile for a more organic collaboration process.

With Imaginary Friend being out for several months, how are you handling everything now?

I've learned to deal with the complexities of life a little better. I think one of the most poisonous things about pop culture is we see stories that are not universal, but they seem universal. When we don't get handed true love the way we know it's supposed to be, we feel like we deserve better. The whole idea that we deserve anything at all is a product of the media's influence on us. That's why I want to write things that give better expectations. This true love, this partner that loves you no matter what — that's not how human beings work. It's a two-way street, and you have to be good to each other and good for each other for that to happen. I think the same goes for me where I'm like, "I worked really hard, why don't I get blog coverage?" It's like, "Well, because you don't." It sucks, but do you have a publicist? Do you have friends in the industry? Are you the right "look" for them to want to cover you? If not, that's just how it is. The world wasn't made to make me happy. I'll complain about it all I want, but at the end of the day I know that I'm just yelling at God.

For a lack of better words, that's very bittersweet.

It has been bittersweet to let go of expectations. I think when people are too hard on themselves, it's almost a sign that they think too highly of themselves. It's like, "Why do you have to be the greatest?" I used to want to be the greatest. For me, letting myself just release music and be the artist I want to be without this prerequisite of having some people online behind a gate saying my music is good has helped me a great deal. I manage my expectations better now. It's like the Pokémon theme song, which is the most toxic shit I've ever heard in my life — who wakes up and says, "I want to be the best that no one ever was?" You're never going to do that, so don't try.