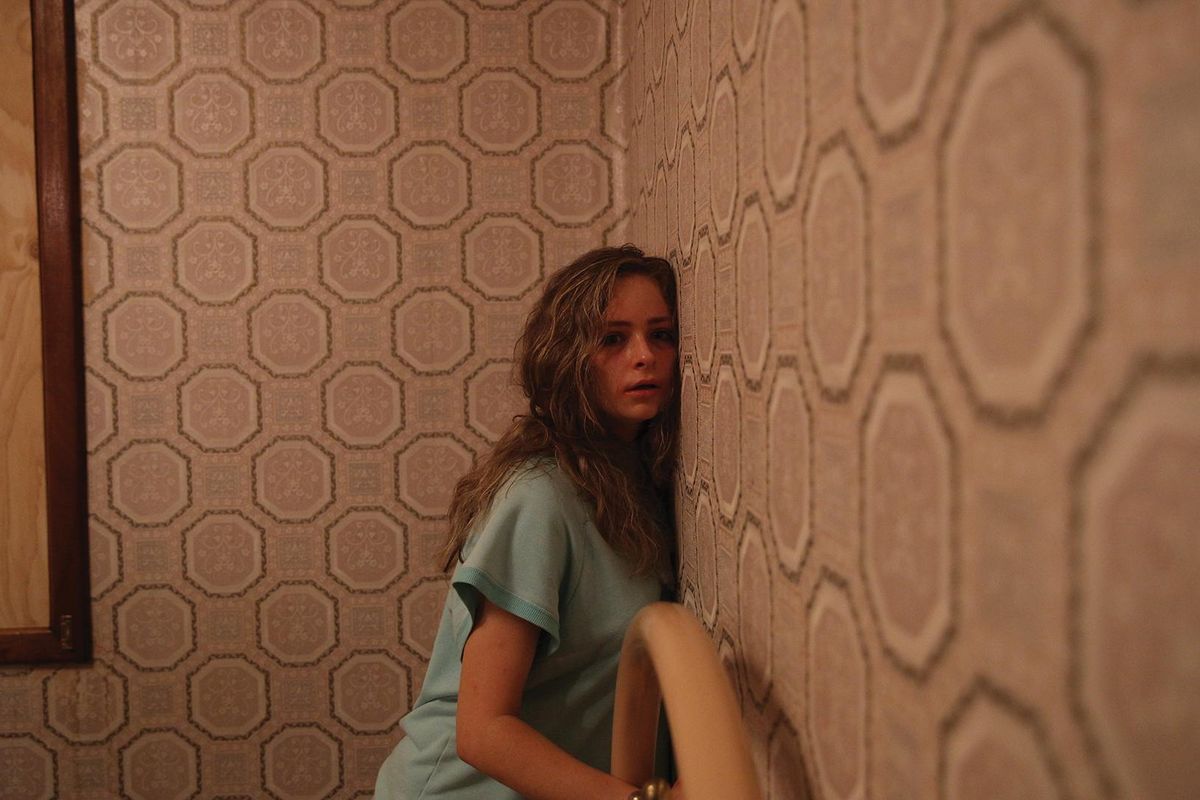 4 Films to See This May

Enthralling, utterly fascinating, and inspiring documentary by Richard Dewey and Timothy Marrinan about controversial artist Chris Burden whose performance pieces in the '70s were filled with a sense of danger and awe. Burden first studied to be an architect, but, disenchanted, turned to other more radical expressions of what art could be. An early piece had him contorted in a small school locker for five days. Another notorious one had a friend shoot him with a gun at a gallery. He even had himself nailed to a Volkswagon. He and his friends delighted in creating art that couldn't be bought or sold--the minute it was over it became myth. His later pieces, made on spec, were huge, industrial size installations that were visually thrilling. "Urban Lights," his 2008 piece of restored street lights in L.A., is rapturously beautiful.

Noomi Rapace plays Renee, raising her son in Kansas, Missouri, when she is abducted by strangers and wakes in a mysterious warehouse/medical facility where a scientific team put her through a series of experiments involving "fear" for some unknown purpose. Directed by Steven Shainberg (Secretary) the whole beginning is intriguingly tense, and being that she's the star of The Girl With the Dragon Tattoo and Prometheus, Noomi Rapace isn't someone who will just lie down and take the medicine without a fight. Peter Stormare and Michael Chiklis play two of the shadowy figures experimenting on her in this decidedly shuddersome sci-fi suspense tale

A glorious new film by Thomas Vinterberg, set in Copenhagen in the 1970s, about a college professor Erik (Ulrich Thomsen), his TV newscaster wife Anna (Trine Dyrholm) and teenage daughter Freja (Martha Sofie Wallstrom Hansen) who inherit a rambling mansion from his family. Erik complains it's too big and expensive to consider living in but Anna suggests they invite friends and fill up the house like a big, noisy, happy, collective. What's nice is that it's not some 20 year old hippies, but a ragtag group of middle aged people, and the situation seems immediately charmed with endless big dinners, smoking, drinking and laughter. Then Erik enters into an affair with a young student and Anna tries to be magnanimous by inviting the girlfriend to move in with him. Anna's eventual unraveling is heartbreaking thanks to a stunning performance by Trine Dyrholm. Director Vinterberg has filmed "family" dinners like The Celebration but the people at the table were seething with curdled contempt. As you watch the fascinating, funny, sweet people sitting around the table here you realize no, maybe it doesn't last (what does?), but once upon a time life was capable of feeling golden and magical and never-ending.

From the first frames of the film, shot from a car window slowly going by a playground of young girls innocently playing volleyball in slow motion, a sense of deep unease sets in. And rightly so. Director Ben Young's grim tale of twisted love is about John and Evelyn White (Stephen Curry and Emma Booth) who troll the streets of Perth, Australia in 1987 looking for teenage girls to abduct and bring back to their suburban house of horrors. Vicki (Ashleigh Cummings) is still reeling from her parents splitting up and disobeys her mother, climbing out of the bedroom window to party with friends only to be ambushed by the predatory Whites. The camerawork is really exceptional and what it judiciously doesn't show is bone-chilling. Killer couples aren't as common--there is always some inequality in the pathology. Just the way Evelyn obsessively cuts and arranges the toast on a plate for her husband every morning speaks volumes. Emma Booth gives a surprisingly raw, amazing, performance as the conflicted wife in this disquieting film.