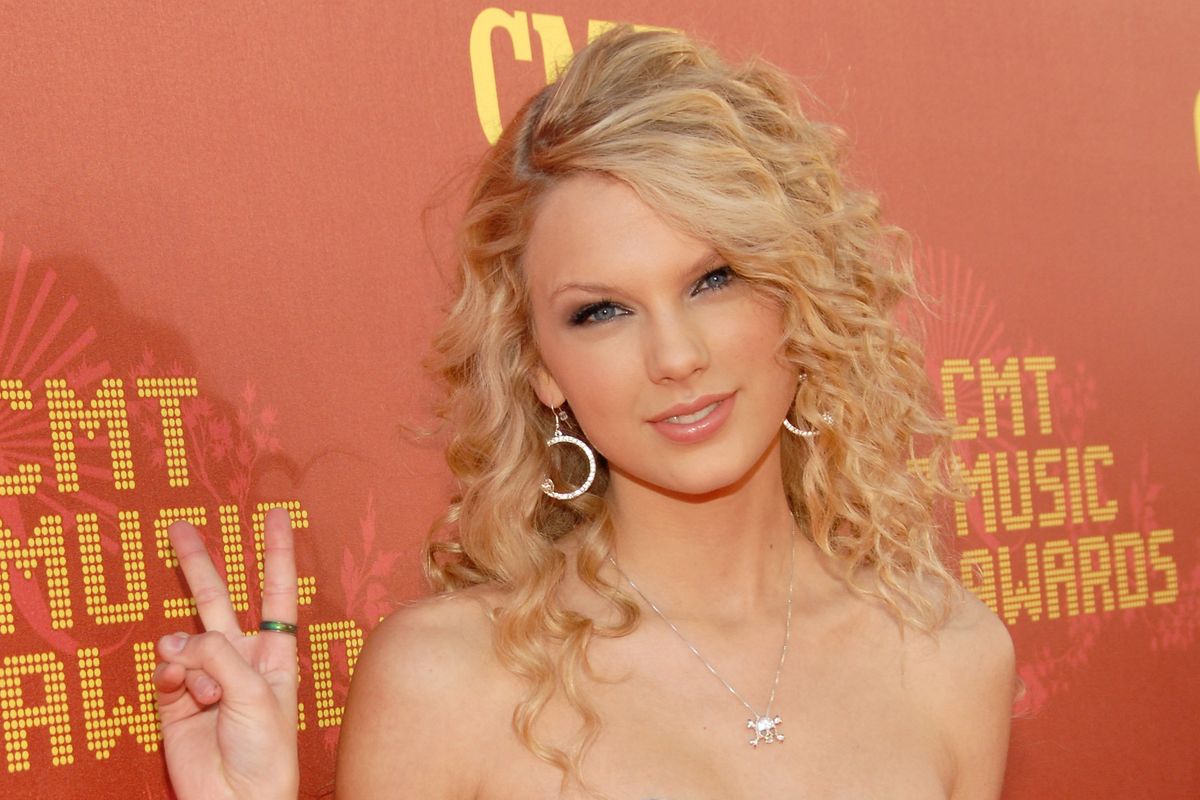 As any Swiftie worth their six different special edition Lover CDs knows, 13 is Taylor Swift's lucky number. She's a contrarian that way! This makes today rather special: it's 13 years since the release of the musician's first studio album, Taylor Swift. You better believe people are out here celebrating.

As they well should. Taylor Swift was a revelation. The album cover art was a wonderfully hideous Dixie Chicks-meets-Britney Spears mashup (cursive font, butterflies, those blonde country curls), but the music was on point. Swift's debut spawned three catchy, twangy, confessional hits about high school summer romances: "Tim McGraw," "Teardrops on My Guitar," and "Our Song." She was just 17 years old at the time.

Things have changed dramatically since then. Swift's lost her southern accent, released Fearless, Speak Now, Red, 1989, Reputation, and Lover, and broken with Big Machine, the Nashville-based music label that put her on the map. Oh, and something or other went down with Kanye West. I forget the details.

Swifties have been there all the way: through Swift's series of handsome and famous boyfriends, the rise and fall of her girl squad, #Kaylor lesbian konspiracy theories, and that time Pitchfork declined to review 1989 except in Ryan Adams format.

Phew. She has given us so much! Here's to 13 more years. Stans react to the anniversary, below.

13 years ago today, a debut, self-titled album was released and somehow that was EVERYTHING! We can’t put the last… https://t.co/gOTCCnOlE9
— Taylor Nation (@Taylor Nation)1571923444.0

13 years of @taylorswift13's stories being brought to life and becoming the soundtracks to our own chapters. Music… https://t.co/0zddkX8ATR
— Carly Heading (@Carly Heading)1571916916.0