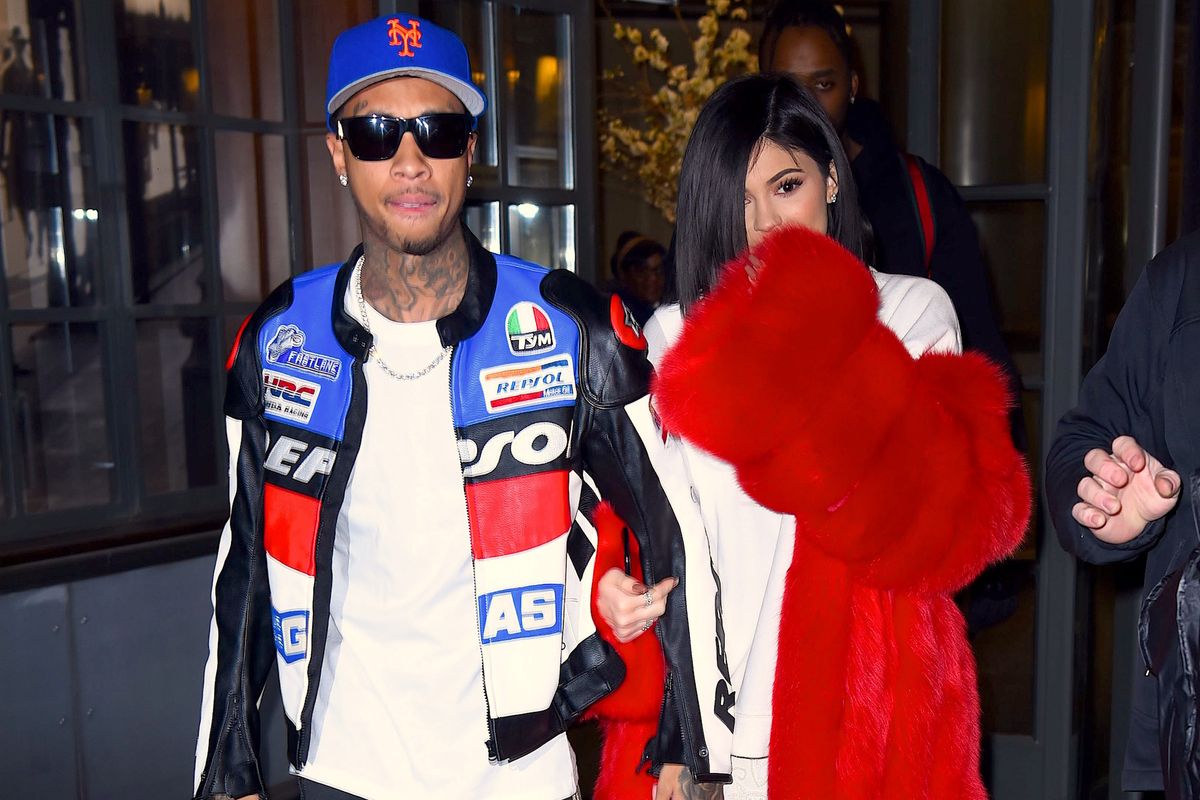 Can you keep up with Kylie Jenner's wild love life? Just weeks after she confessed all about her seemingly enviable relationship (and life as a "badass mom") to Playboy, we learned on Monday that Jenner and her partner of two years Travis Scott have broken up, though they'll continue to share custody of their daughter Stormi. Now Jenner has been spotted out on the town in West Hollywood, visiting her ex-boyfriend Tyga at his hotel in the early hours of the morning. Wow, it's almost like she's filming a reality TV show or something.

Jenner and Scott, who insiders say will likely get back together at some point, are reportedly taking a break due to trust issues and scheduling conflicts. Typical famous people problems, basically. The split still came as something of a surprise, because they've seemed tight despite whispered cheating rumors during Scott's Astroworld tour. Jenner threw Scott an extravagant birthday party earlier this year, and he accompanied her on a lavish trip to Italy to celebrate her 22nd birthday in August.

According to the Daily Mail, Jenner decided to blow off some steam with a girls' night on Wednesday, partying at Delilah in West Hollywood with fellow influencers Anastasia 'Stassi' Karanikolaou and Kelsey Calemine. Around 2AM, they drove Jenner's cornflower blue Rolls Royce to the Sunset Marquis hotel, where Jenner's ex Tyga is supposedly recording music right now. Stassi and Kelsey were photographed entering the hotel then exiting at the same time as Tyga, but Jenner managed to avoid the cameras. On Twitter this morning, Jenner said it was all just a coincidence of timing.

Tyga and Jenner have an interesting history, to say the least. They met for the first time at Kendall Jenner's 16th birthday party, where Tyga performed a set. Jenner was just 14 at the time. Three years later, Tyga started making regular appearances on Jenner's Instagram feed, and announced a split with Blac Chyna, with whom he shares a child. The break up coincided with the release of photos showing him partying with Jenner on her 17th birthday. They continued hanging out regularly "as friends," under immense scrutiny, due to Jenner's young age. When Jenner turned 18, the couple become Instagram official and start appearing on red carpets together, but they were plagued by both marriage and break up rumors. They broke up for good in April 2017, and Kylie was spotted with Travis Scott at Coachella literally two weeks later.

TL;DR if Jenner really was spending time with Tyga, that's a powerful move, and probably a vengeful one. Stay tuned for next week's episode!